The Pieman and the Fatman

We camped at the Lake Burbury campsite on Thursday night after returning from Mt Ida, and for $5 per tent we had the luxury of flat mossy ground to sleep on, fresh water, under cover seating, a BBQ ($1 coins needed) and flush toilets.  Absolute bargain.

We then headed off early on Friday morning to spend three days on the Pieman River setting off from Corinna.

We were on the water just before 11am and proceeded to head upstream (1.5km) to explore the Whyte River before returning back downriver to explore the Savage and Donaldson Rivers on the way to the heads.

It was just a superb day.  The river flow was fairly low in the smaller rivers and we got about 1.6kms up the Whyte River before being turned around by a series of log jams, 1.3kms up the Savage, including one portage over a log, before again being defeated by a large log jam and 2.6kms up the Donaldson to just above the first small rapid (Geoff wouldn't agree it actually classed as a rapid, but eventually grudgingly agreed to call it a 0.2 grade rapid). We were defeated a third time by a large log jam on this river as well immediately above this rapid.

The upper sections of the Donaldson were my favourite, although all three rivers were magical and I found my paddle pace naturally slowing as I headed further upstream and the kaleidoscope of forest and logs captured all of my senses.

We paddled right over the top of the partially sunken ship, the SS Croyden, on our way up the Savage without even noticing it (and I only just noticed it on the way down), we pulled into a lovely picnic (and camping) site just across from Lovers Falls for lunch and after lunch we decided to just swim across the river to check out the falls (almost getting run over by a boat in the process).  Just for the record, there was also what looked like a good camping site just above the first log jam on the Savage with a beach area to pull the kayaks up on and what looked to be flat ground in the forest behind.

We had a bit of a sea breeze (headwind) for most of the trip down, and ended up pulling into the campsite at the Pieman Heads at just after 6pm.  All up we had spent about 7 hours on the water and covered about 32km.  The direct paddle from Corinna to Pieman Heads is only about 18kms, so you can see we took lots of detours.

The only downer for the day was finding out that my back hatch had been flooded by that boat that almost ran us over at Lovers Falls turning my two (library) books into a sodden mess.

A good meal and a magnificent sunset finished off a near perfect day as we nearly blinded ourselves staring at the sun looking out for the mythical "green flash". 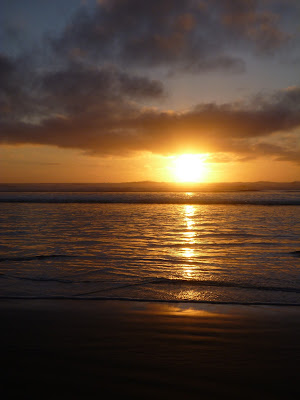 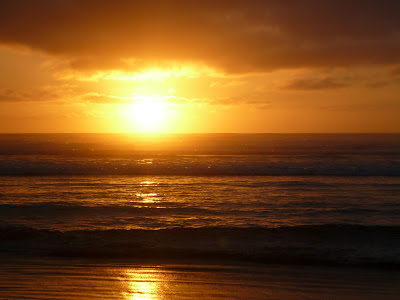 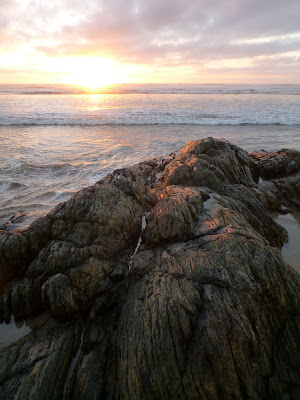 Day 2, Saturday, has been set aside for resting and exploring.  We had a bit of a sleep in and then paddled across the Pieman River to the Northern side before making our way on foot up the coast for about 8kms.

This is simply the most magnificent  piece of coastline I've been to in Tasmania.  The weather was perfect, and inviting rock pools just demanded a swim. We abandoned the track for much of our walk north, prefering instead to crunch our way through the lose rock beaches and over the rocky headlands.  I won't blather on, I'll let the pictures describe the walk ... 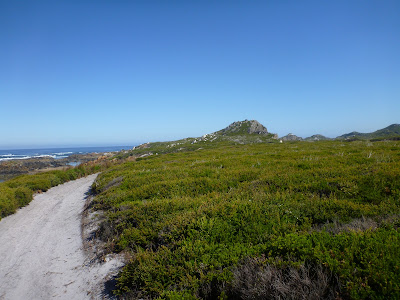 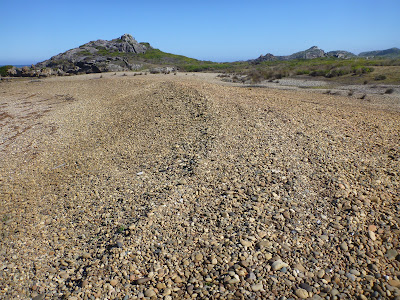 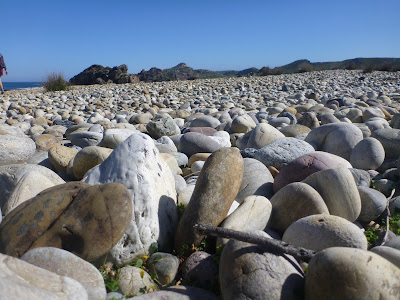 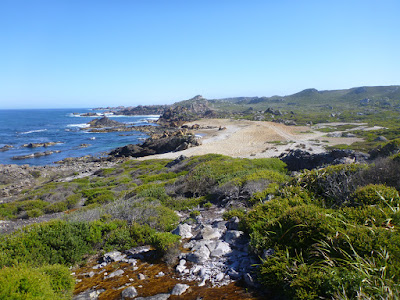 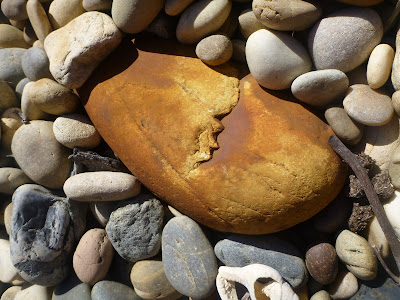 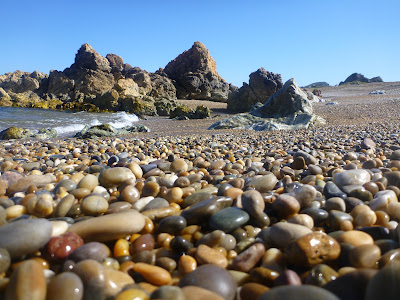 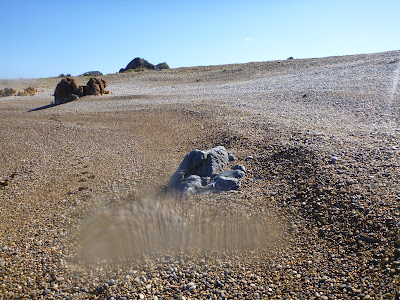 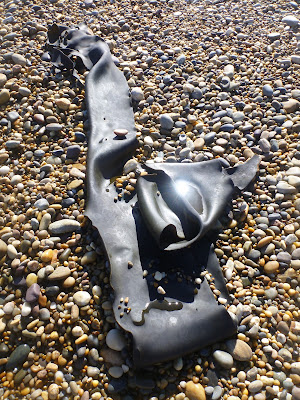 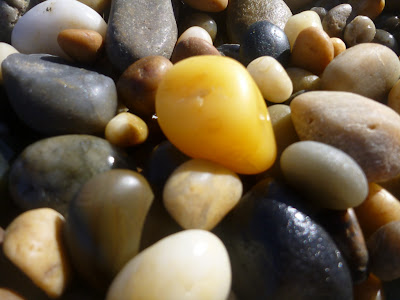 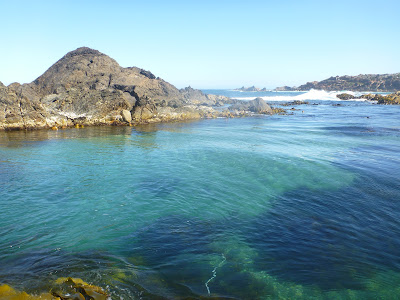 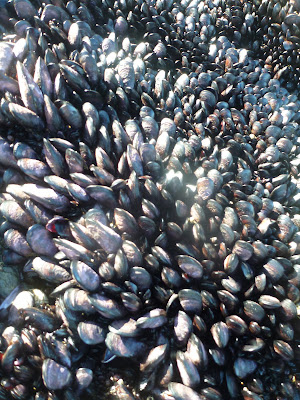 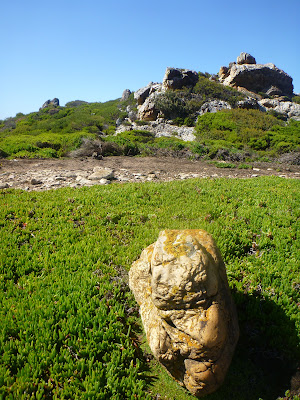 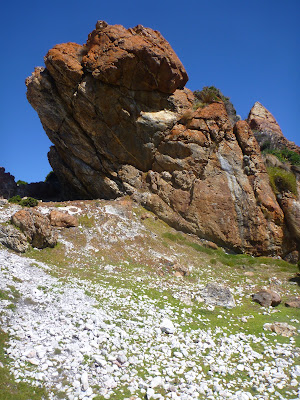 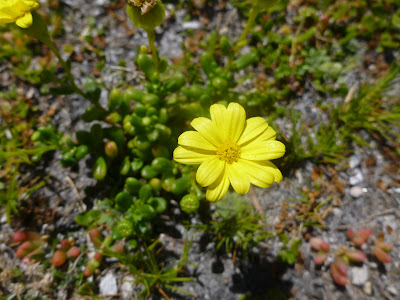 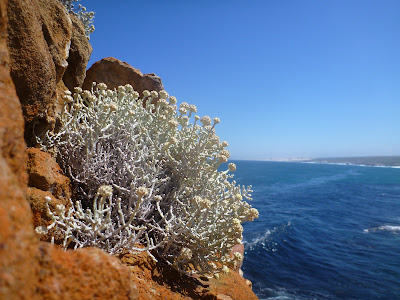 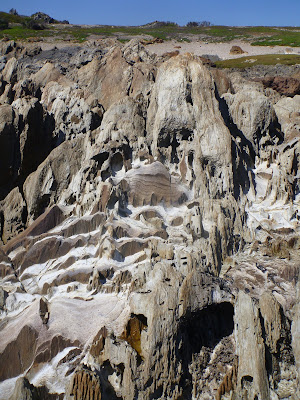 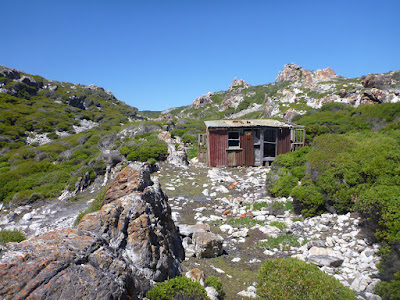 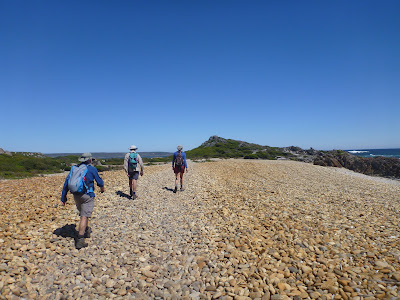 We returned to camp late afternoon, and I weas fairly hot and ready for a swim before a quick paddle around the heads before dinner and another magnificent sunset on the beach ... and yes this time I did see the green flash ... I just didn't realise it until I googled it later.  We settled down with some wine and port around the campfire to see the day out.  Could this trip get any better? 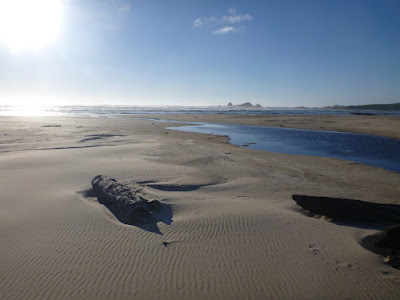 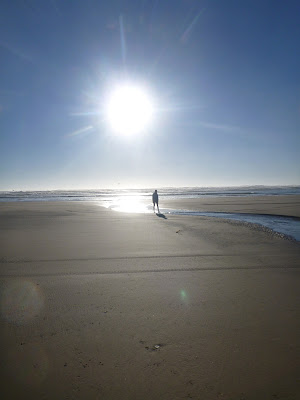 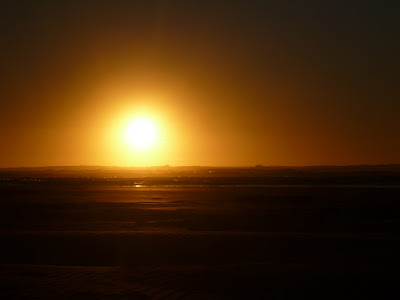 We got up at 5.30am on Sunday as the forecast when we left on Wednesday was for a cold front to come through late that afternoon and we didn't want to get caught out if it came through early, plus the idea of an early morning paddle on the Pieman was very inviting.

We were on the water by 7am and it was a doddle of a paddle back to Corinna (just over 3 hours) despite a strong current. 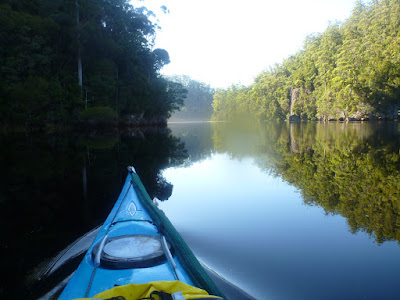 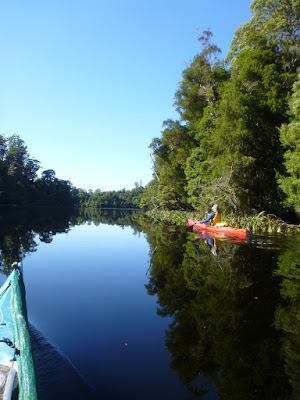 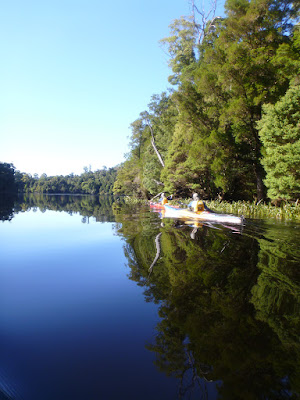 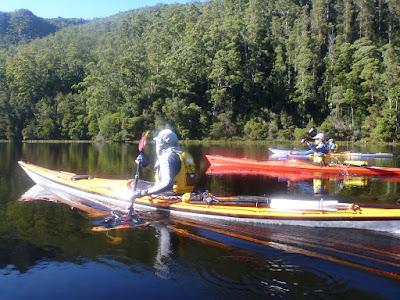 Back at Corinna we went for one last swim across the river (racing, and beating, the Fatman Barge back on the return) before starting the six hour drive back to Hobart.

We stopped at the Linda Cafe, which is one of those places we had always just driven past as being too close to Queenstown to bother with, only to find that behind a somewhat cheep and uninspiring signage was a man who loved to cook, and we spent an hour eating gourmet steak sandwhiches washed down with coffees and elderflower softdrink.

Yep, there was only one word for this trip: Perfection.

... now unforutunately I have to stop blogging about it and go and clean up all my gear, get my camera fixed, clean my clothes ... sigh.

Posted by Tassierambler at 20:00 6 comments: