Whilst I was planning this trip, I came across this post on Fat Cyclist's website, which I then followed to this strava link about a ride he had just done on the trails near his home.

I thought "it would be kind of cool to ride those trails", so I printed the route off and decided to go have a look when I got into Salt Lake City. 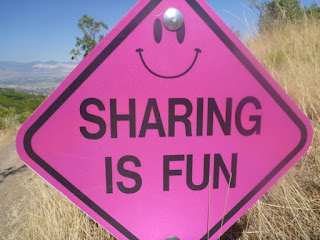 Suffice to say that after two nights of sleeping on a train, and then getting up at the body clock equivalent of 1.30am in the morning (it was actually 2.30am mountain time), standing around at the train station for over an hour waiting for a taxi to turn up, and then finally getting to the trail head just before 6am, I found that my previous enthusiasm for these rides was somewhat less than it had been when I was sitting in front of my computer all those months ago thinking this would be a cool idea.

In fact, I curled up in the back of my car and tried to get some sleep.

After about 15 minutes I realised that that wasn't going to happen and as I lifted my head, I saw two deer dash off the trail as the first cyclist for the day started heading up the track.  This got me a bit more excited about going for a ride, but I realised I needed something to eat first, so headed off to a McDonalds I'd passed on the way out for brekky.

Finally by about 8:30am I had had something to eat, put my bike back together and found enough of my trail gear to shove into a backpack and go check out these trails.

To compare riding these trails to what I've been riding up in Canada for the last week is like comparing chalk and cheese.  These trails down here were designed to be ridden by riders of all classes ... and enjoyed going both up and down.  They were well graded, well maintained, challenging at times, but never impossible ... they were just sweet.  Sweet singletrack. 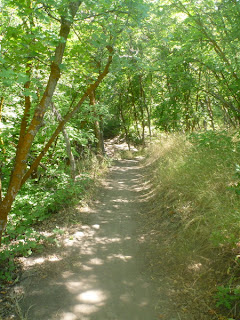 The trail heads all had big trail maps so you could locate yourself, plus they had free trail maps in little boxes and you could just take one.  I opened this box expecting it to be empty - and it was full.  One trail head (at the top of rush) even had a free pump and tool station so you could service your bike.  I mean this was a different world. 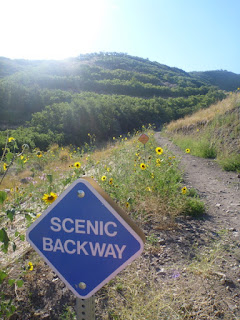 Despite all of this, I still managed to get horribly lost ... or more accurately I found it very difficult to actually follow the trail map ... especially as I didn't really know where I should be going (turns out an A4 sized print out from Strava isn't particularly useful on the ground).

That's when I discovered two things.  One, there are a lot of signs out on these trails ... 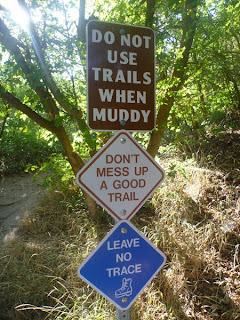 Though to be honest they're not overly helpful, just entertaining.

The second thing was that the cyclists down here are friendly and chatty.  I chatted to several cyclists as I made my way up Potato, B.L.T and Anne to the top of Rush (that probably sounds like I know what I was doing, but the truth is that these were just the names of trails other people told me I must have ridden, or had told me to go).  At the top I sat down for a brief break, and before I knew it I was chatting to lots of other guys and girls all of whom had plenty of ideas of where to ride both here and across greater Utah.

After a break I headed won "Rush" the only dedicated downhill section of MTB trail in the park, which was fun, but had nothing on the Half Nelson, before cycling back up Hollow Canyon to the Rush Trailhead and then around and down Ghost Trail and the Pipeline. 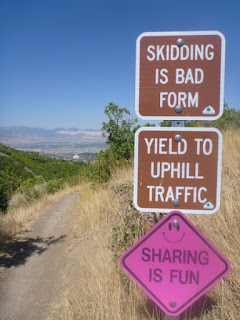 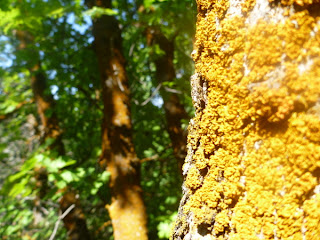 All up I cycled about 23kms over three hours before it got a little bit too hot and I returned to my car.

Looking at my route compared to my original plan from Fatty's strava data, I think I did pretty well in terms of covering the trails I had hoped to.  Not that it really matters. the joy was the riding and the friendly people I met out here.  I can see why Fatty keep's raving about the area he lives.  It's magnificent.

The only disappointment of the day was not a single cyclist I met had heard of the Fat Cyclist.