Plan it to death vs do it and see what happens ...

I generally fall in the extreme of one camp or the other, and the truth is you only generally know which was a good choice after the fact.

Take for example, our turning up at Mount Maunganui on Friday night ... Maybe if I'd done a bit more research I'd have known that the New Zealand National Surf Life Saving Championships was being held there this weekend ... 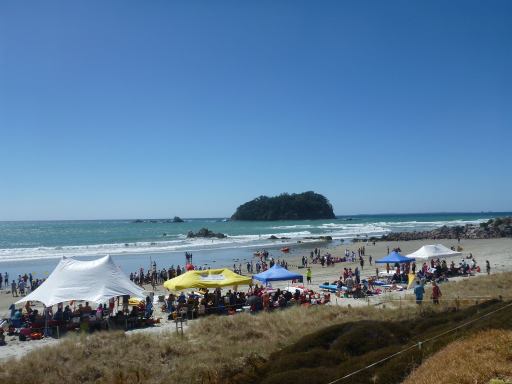 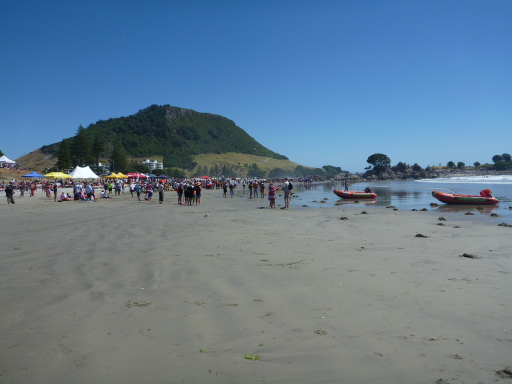 ... and that pretty much every hotel, motel, backpacker and campsite within 10kms had been booked out ... 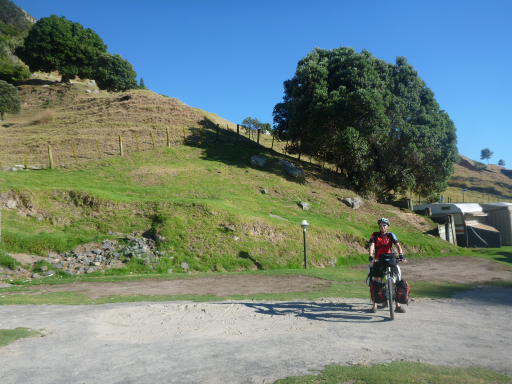 Yep, we rolled right into the very last campsite left on the Peninsuala, and as such we got to spend the best part of two days lying around on the beach, swimming and watching all of the surf life saving action.

Score one for the no planning is bliss side.. 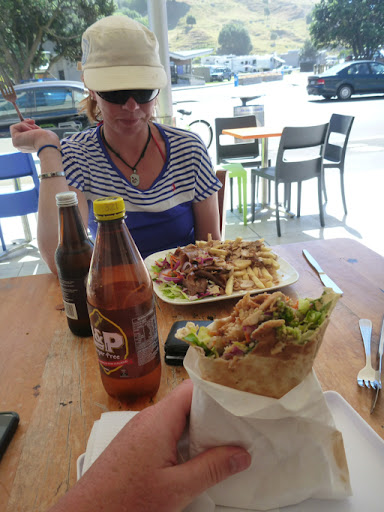 But, then maybe when we rolled into Rotorua a few days later to finally go and chalk up a rafting adventure down a seven metre waterfall (one of the other main reasons I came here) ... 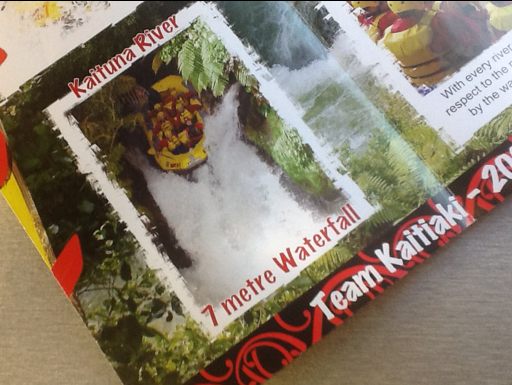 ... well maybe just a little bit more research would have shown that New Zealand is currently in the middle of a drought and so releasing water for idiots like me to go plunging down a waterfall isn't high on their priority list.

Suffice to say there are no rafting trips on at the moment.

I could go on ... without doing any planning, we rocked up to Tauranga to find that there was a company there called Dolphin Seafaris which organised swimming with wild dolphins ... A big bucket list item for Kim.

This was why we ended up at Mount Maunganui for two days waiting for the right sea conditions, and ended up on one of their best trips of the season ... 90 minutes with a large pod of around 50 dolphins. We got to sit up front and have the dolphins jump up and down below our feet and Kim and I both got to go in the water everytime they did a swim drag (towing us behind the boat with the pod) as the boat was pretty empty ... 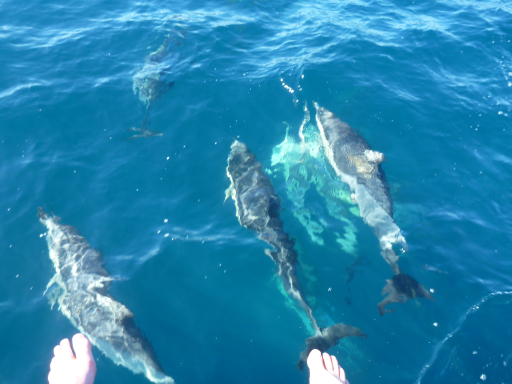 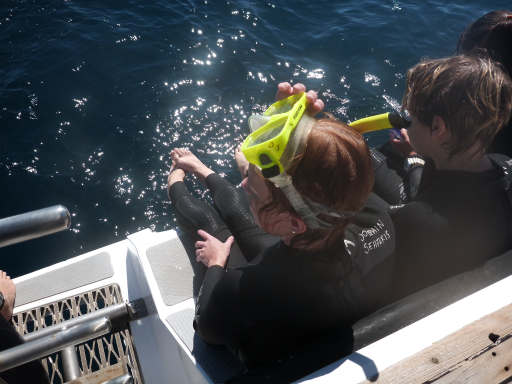 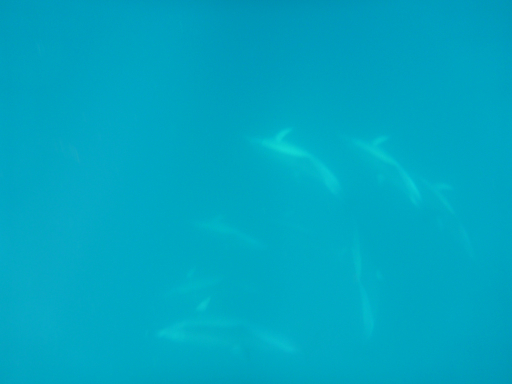 I had dolphins swimming just a metre below me, checking me out before darting away to swim with the pod. Even I have to admit it was pretty special.

Yesterday (Sunday) if we'd listened to the advice of a lovely and helpful group of local ladies camping next to us we would have headed to Rotorua via the main highway as, according to them, it was more scenic and avoided 'the gorge'.

Instead we decided to just go with our gut and headed up the more direct highway 36 (and brave the gorge).

Turns out it was the right decision: it was a lovely quiet section of road, and I enjoyed it so much that even when I broke another spoke (my chain keeps jumping off my rear cogs and getting caught in the hub weakening the spokes) I just happily got to the business of replacing it before carrying on up the road (oh, what a difference it makes to have a spoke tool). 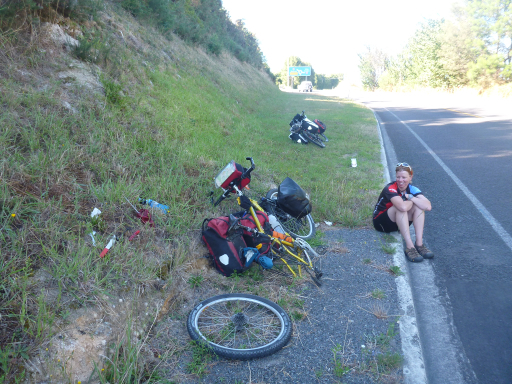 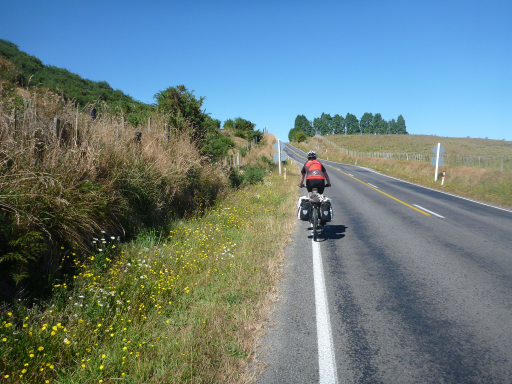 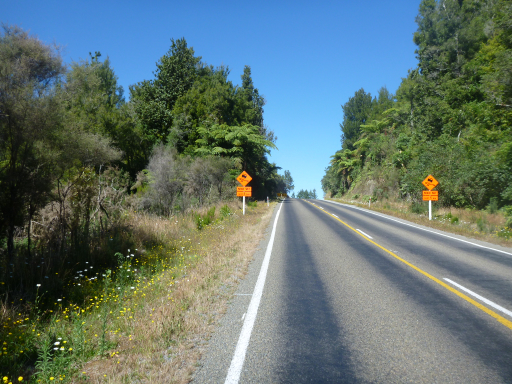 We even met the only other two cycle tourists we saw on this trip ... One cool guy from Bombay India who was on basic bike he'd bought in Auckland but was happily chugging his way around New Zealand and a Canadian who had hired a wonderful retro road bike (with very few gears) and was just doing an out and back overnight trip from Tauranag to Rotorua. 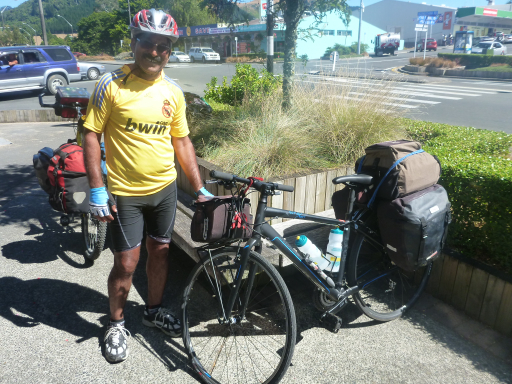 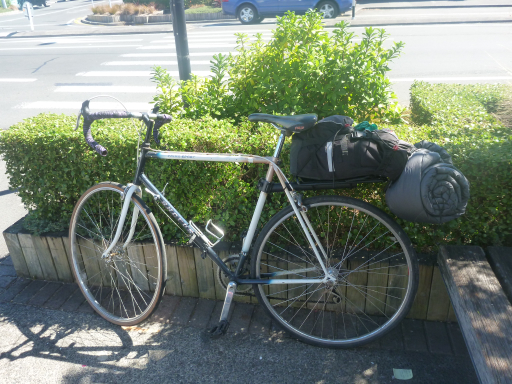 It turned out that there were no shops at all between the outskirts of Tauranga and Ngongotaha which is only 6kms shy of Rotorua so despite all of us travelling at different paces we all ended up in the first cafe trying to refuel on cold drinks and pies.

... Which I guess is another thing that didn't need planning!

Yep, who am I trying to kid ... Why plan, when you can just have fun and see what happens!