My Laissez Faire approach to giving my friends access to my house definitely has it's advantages.

For example in May 2008 (No, it can't be that long ago? - Ed) whilst Christie and I were cycling around Europe for three months, Stephan offered to renovate and tile my whole bathroom for me  ... and he just let himself in and did it ... well almost. There were a couple of sections that he didn't quite get around to finishing ...

... until this weekend that is, because, yes,  I'm thrilled to say that last weekend, just under five years after we started this little project, and again while I was away, Stephan let himself in and finished the job. 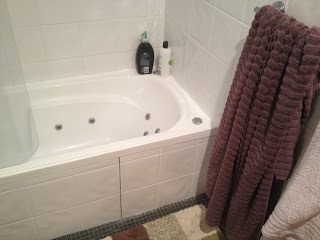 The only downside I can see arising from this completion is that it may now make our conversations a bit more stilted given our three conversational staples are (1) when am I going to lose weight, (2) when am I going to get serious about my paddling and (3) when is he going to finish my tiling.  As you can probably guess, he brings up the first two at which point I bring up the last one as a deflection, and this means I no longer have a deflection.  However, in the scheme of things my bathroom is finished and that's BRILLIANT...

However, that is all just a very long and off topic introduction to the story of this post  (I couldn't help it I was so excited to have my tiling finished I had to share it with someone).  You see this post is actually meant to be about my rather sad and irrational fear of zombies, access to my house and of course ... Easter Bunnies.

You see, I didn't get any Easter Eggs for Easter (probably because Stephan told everyone I need to lose weight and go paddling more).  Actually, what I should say is that I didn't get any easter eggs until a bit after Easter when my mother took pity on me and gave me one of her excess Easter Eggs ... 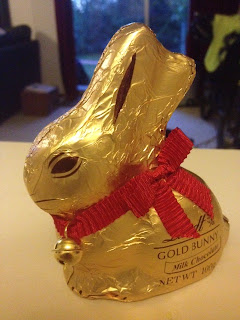 Which was very cool.

So Kim comes around to stay one night not long after Easter Bunny comes into my life, and we set off on a marathon watching of The Walking Dead, during which she asks if there's any chocolate in the house, and only having one piece of chocolate in the house ... namely my newly acquired Easter Bunny ... I offered to share it with her, but I made the mistake of doing this by tossing it to her without uttering the sentence  "here, you can share my one and only Easter Bunny" and because of this a predictable thing happened ...

Kim immediately assumed this was now her Easter Bunny, and decided to keep it for herself until later.

Despite my very unsubtle prompts over the next three episodes of The Walking Dead to crack this little rabbit open and partake in it's innards (including rolling it around the house trying to break it and throwing it into bed),  Kim stoutly resisted my attempts to get her to share.

Then at work the next day, my 'share' of the Easter Bunny appeared on my desk ... 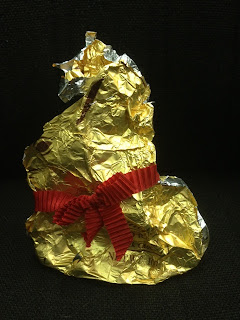 Bunny was eaten from the inside out and all I got was the wrapper and bell.

This is where it gets spooky ... I mean eating something from the inside out - sound familiar? (and yes, that is my attempt at creating suspense).

I forget all about bunnie until I got home on Friday, walked into my kitchen and saw something out of the corner of my eye... Bunny Rabbit was back ... and he had brought a herd of other rabbits with him ... 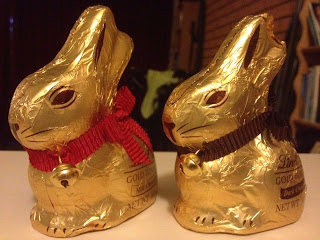 Now this is not some trick ... Bunny Rabbit had definitely died and been consumed ... but there he was on my breakfast bar, and I could think of only one logical explanation for this ...


BUNNY RABBIT WAS A ZOMBIE!!!

Fortunately for us all (and the only reason I am alive writing this now) is that being the zombie expert that I am (take that non believers), I knew exactly what to do ...  I texted Kim. 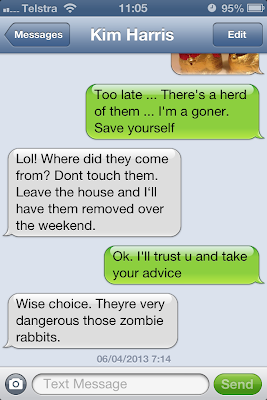 ... with that sorted, I jumped in my car and fled into the wilderness (well Launceston and North East Tasmania which is close enough) safe in the knowledge that Kim would bring to bear the only power on earth that might have a chance of beating these bunny zombies ... 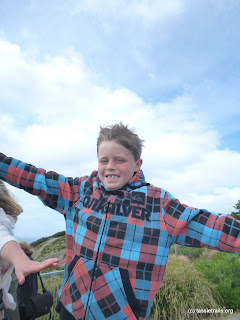 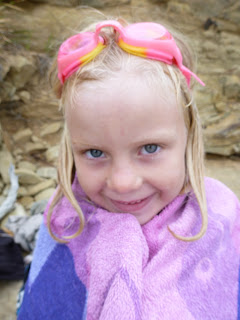 Don't let their apparent cuteness fool you, these monsters would chew Chucky up for breakfast and still be hungry afterwards and sure enough, within twenty four hours I got a text message telling me it was all safe ... 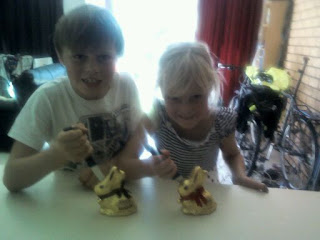 The monsters had done there thing and when I returned to my house on Sunday I found everything sorted just nicely ... 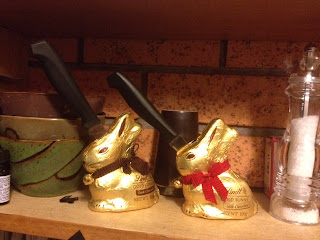 Which brings me back to where I started with all of this ... the advantages of allowing laissez faire access to my house ... zombie rabbits killed and my bathroom tiled in one weekend while I'm out riding new trails on my bike.  How good do I have it? 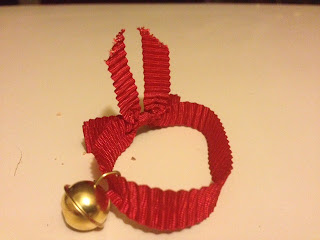