GyPSy once again took us down some rather obscure backroads in her attempt to get us from St Albans to Katoomba, and I admit that tempers frayed and voices were raised when for the umteenth she instructed us to turn off a perfectly good highway onto some obscure little bush track for some god unknown reason ... 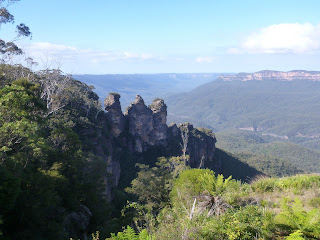 Luckily, just as I was winding down my window ready to hurl her out onto the road before reversing over her several times, I recalled that whilst trying to figure out why she sent us on that strange route yesterday, that I may have changed her settings to take the shortest rather than the fastest or easiest route and then forgotten to change it back ... which would make it ... let's say nobody's fault, and in the end we did get to Katoomba and the start of the relaxing part of this little weekend sojourn.  Yep, I think we should definitely just all forgive and forget.

Now we were at Katoomba for two reasons:  (1) Kim wanted to see the Three Sisters and (2) it was Kim's birthday weekend year, so Kim got what Kim wanted.

For the same reasons, we were staying at what was admittedly an absolutely gorgeous B&B called the Shelton-Lea, because that's where Kim wanted to stay ... 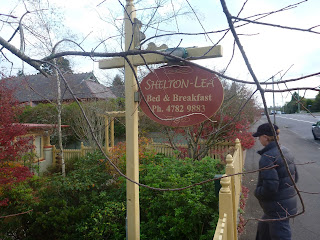 There are so many great things about this B&B that I could rave for hours ... we were welcomed with a carafe of port and a selection of lindt chocolates, which went down awfully well after a nice hot shower (I only wish we had found the freshly laundered bath robes earlier).

Our private area was huge for a B&B with not only our own bedroom, but our own bathroom, sitting room and private balcony ... all furnished and decorated with great taste, and then as well as freshly squeezed orange juice and fresh coffee for breakfast we got to choose a lovely hot breakfast ... Kim went 'big' I tried the pancakes and bacon ... both with a side of fresh fruit ... 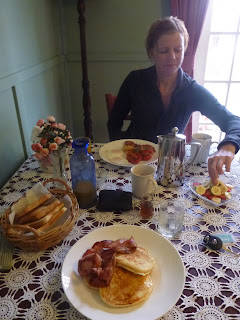 But what I liked the most was that we were only a short walk from the Echo Point lookout, which looks out over the three sisters, which means we got to go for a lovely romantic stroll down there in the morning to enjoy the sites ... 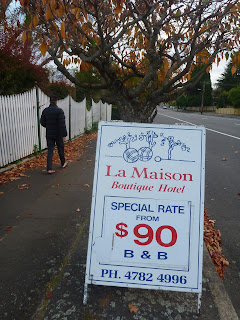 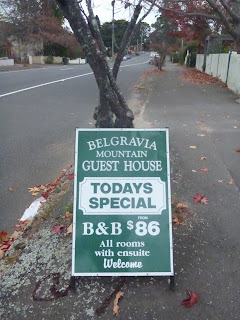 ... or more specifically, the sites of all the other nearby B&B's which were closer to the sisters and well under half the price I paid for the B&B that Kim wanted to stay at.

You will note Kim walking off into the distance in disgust in the second photo (not at the price we paid for our B&B, which is why I would have walked off in disgust) but rather in disgust at me  taking these photos.  I think her exact phase was "I know exactly what you're going to do with those photos on your bloody blog ...".

I'm only kidding.  We had a great time, Kim got to see the three sisters, and I am such a good boyfriend that I not only smiled when Kim produced the "Twilight" DVD from her bag and announced that as our little B&B was so nice, we would be having dinner in tonight and watching her DVD, I actually made the effort to stay awake the whole way through.
.
We do however have one criticism ... according to Kim the bedroom light switch and door handle are too close to each other and too similar in the dark ... 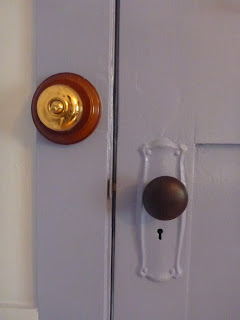 We both discovered this at 3am in the morning when Kim twisted off the light switch instead of turning the door handle, resulting in the lights turning on and me bolting wide awake.  Like that wasn't deliberate.

The next morning we just spent wandering along the cliff tops and enjoying the views and the bush around us ... 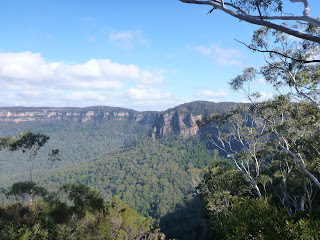 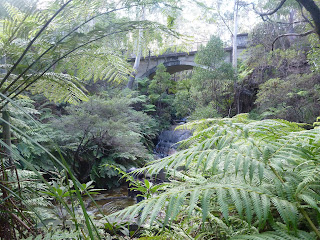 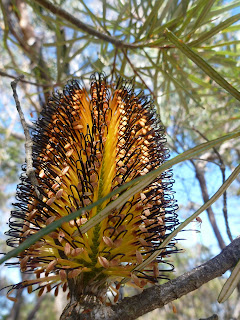 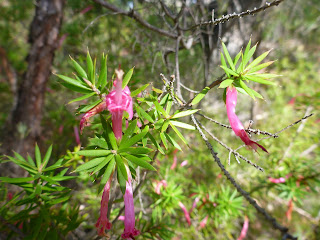 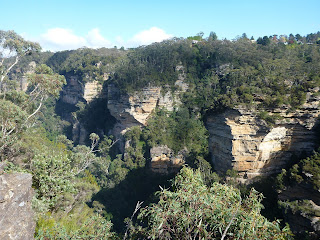 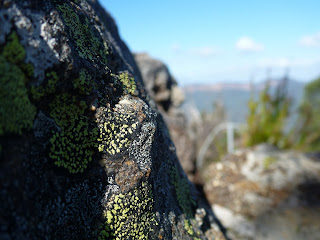 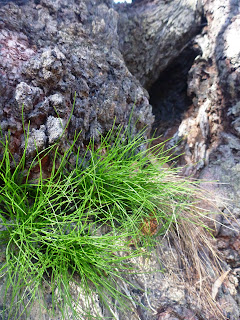 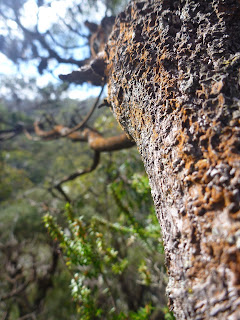 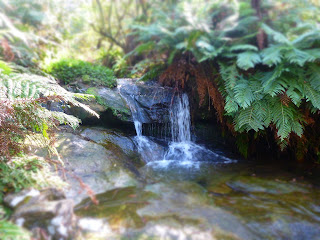 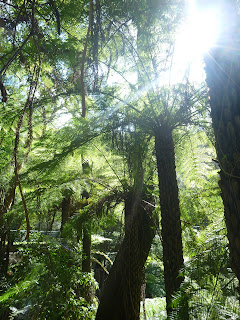 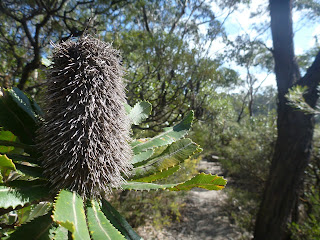 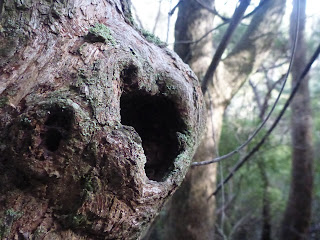 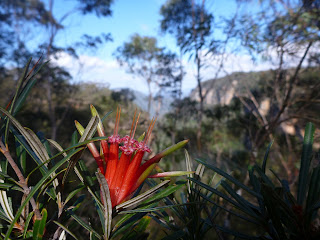 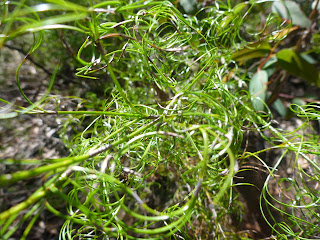 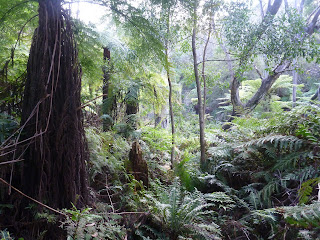 Then, after a visit to Westfields Food Court in Paramatta for lunch, which I am still too traumatised to talk about even now, we successfully made our way back to the airport and home.

It's amazing what you can fit into a weekend ...  Happy Birthday, sorry month, sorry again year Kim,

xox.
Posted by Tassierambler at 17:00