I'll pause here for a moment and let you catch up with the fact that I put myself on the same level as superman. 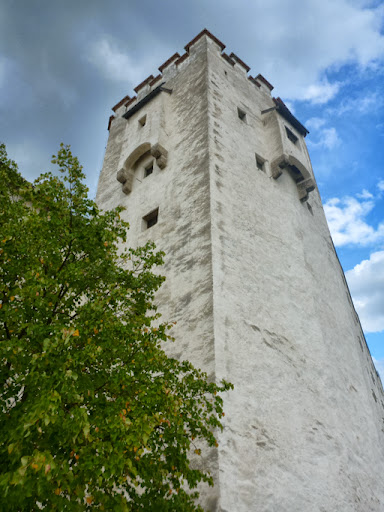 Seriously, I have discovered that I am incapable of walking down spiral stairways.

I'm not that good going up them either, just to completely expose my weaknesses.

By about the second spiral I start feeling dizzy, by the third the stairs seem to expand and contract before my eyes, and just like Superman I start feeling weak and find myself stumbling over my feet.

If, as happened in Salzburg and at Schloss Neuschwanstein , there are more than three spirals, the walls start closing in and I find that I can no longer remember my name or the reason I am there.

Never mind which direction to go. Up? Down? Is there a point, is there an escape?

Or maybe that's just what's written on the wall of the train carriage I'm currently on, but fact and fiction aside, one irrefutable truth remains - spiral stairways are my Krypotonite.

Though thinking about it, that is rather a hard weakness to use against someone.
Posted by Tassierambler at 16:30