I remember writing back in Innsbruck that I hadn't done much of what I planned for this trip, but having thought on it more as the days have gone by, I've realised that in fact I've done most of the things I wanted to do ...

... and most importantly, I've taken a first big step to gaining a bit of fitness back.

The only things that I didn't get to do were kayak in Venice, ride the Amalfi coast, and go mountain biking.

I blame planning for two of those three things.

Recruit Officer: Have you given any thought to your future, son?
Forrest Gump: "Thought"?

You see, I had booked and planned the kayaking in Venice. It just got cancelled at the last minute. So much for planning.

I had also bought a book titled Mountain Biking Europe which had assured me that I wanted to be in the Alps in September because before then most of the trails are closed to mountain biking.

That was the biggest load of twaddle ever.

What I discovered when I got here is that all the mountain biking chairlifts and hire shops actually close in the beginning of September, so my dreams of being whisked up slopes and plummeting back down them on a hired mountain bike went unmet. 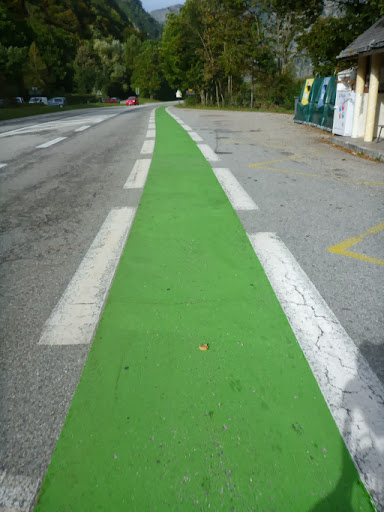 Yep, it occurred to me yesterday afternoon, as I was scrubbing and cleaning my bike ready for its return to Australia, that I didn't have to catch the bus back to Grenoble ... I could ride there.

It could be my last hurrah on the bike.

It would also be 50kms of mostly downhill riding ... Which I decided I could pretend was sort of like riding down a mountain from a chair lift ... 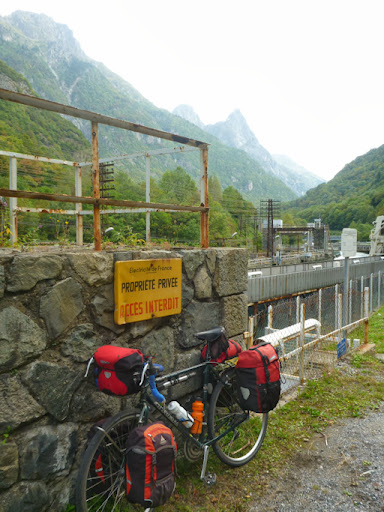 Actually, it doesn't matter if I've convinced you, the important thing is I convinced myself and so I set off this morning for one last, super easy, ride on my now shiny clean new bike to Grenoble.

and everything was going perfectly to plan for the first 11kms, at which point a group of road cyclists passed me and I decided to speed up and follow them.

One kilometre later I had my first puncture of the trip.

Off go all the panniers, out comes the tube, search for puncture, can't find it, check tyre, replace tube, put all panniers back on ...and off we go again. 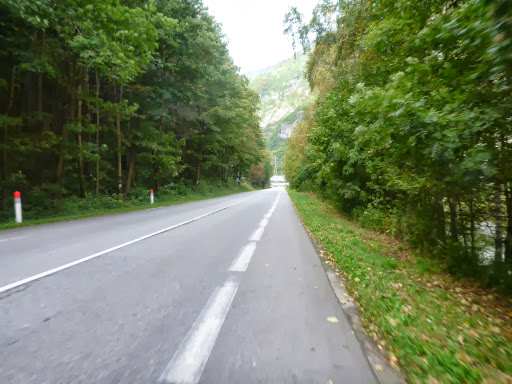 Ten kilometres later I got my second puncture for the trip.

Triple damn and then some.

Still, at least this time I managed to find the culprit ... 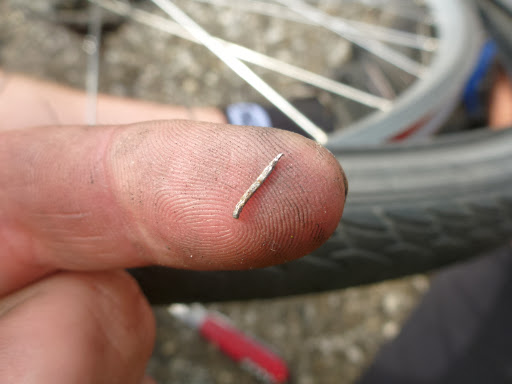 Fortunately this time, after a tube repair, I made it back to Grenoble with no more problems, and it was every bit the easy ride I'd hoped for taking under three hours even with the two repairs which probably cost me 45 minutes or so.

And that was it, to again use the words of Forrest Gump,