Here's another random rambler factoid for you.

You may think that's a useless fact now, but believe me it can be the difference between a lovely leisurely day exploring the streets and parks of Lyon. 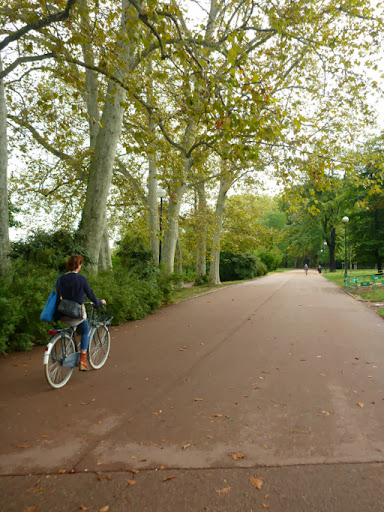 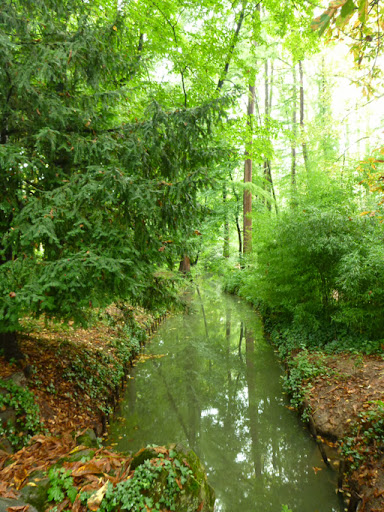 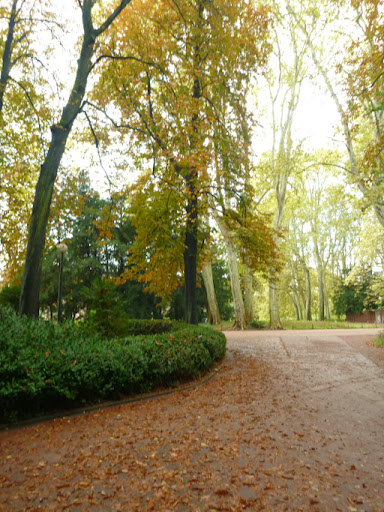 ... and spending the day playing let's visit every single bike shop on the map, because there must be one bike shop open somewhere in Lyon ... 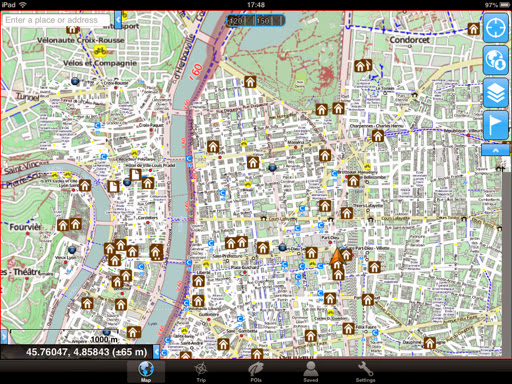 Seriously, I got up this morning, had a lazy breakfast, put most of my stuff in storage and set off for a lazy day cycling around Lyon.

However, just before I left the hotel, just to be safe, I decided I'd first try and take my pedals off my bike because I have had problems in the past with this little task and you don't want to discover this two hours before your flight.

The left pedal came off easily enough, but 10 minutes of straining, bashing and leveraging later and my right pedal wasn't budging.

"Not a problem", I think to myself, "this only proves my genius in preparation, I'll just tootle past a bike shop and get them to remove it, no worries".

So I set off towards the closest bike shop on my map to get the, to loosen it. Unfortunately, when i got there I found it no longer existed. Unperturbed I headed to the next one, this time to find it was an electric bike shop, but it w.as closed.

Strange, I thought, but no problems, there's another one three blocks down ... Yep, it was closed.

By the fourth or fifth shop, I was strongly suspecting something was up, but I couldn't figure out what, and at the back of my mind I was sure I'd find at least one bike shop open somewhere in Lyon ...

By my tenth bike shop I might have been panicking slightly, as evidenced by my frantic efforts in a small park somewhere in Lyon as I madly tried to undo my right pedal again.

But it wouldn't budge.

Now, the common belief is that one of the surest sign of insanity is doing something, finding it doesn't work, and then doing it again but expecting a different result.

Well call me insane, or call me a believer in chaos theory, but after making some enquiries and finding out that bike shops are indeed all closed on Mondays, I figured I didn't have many other options so I proceeded to continue to visit bike shops.

Well, maybe I changed tack slightly. I decided to try the big shopping centre near where I stayed to see if the Decathalon store might at least be able to sell me the tool I needed to remove my pedal.

So in I walked and what should I see but a bike mechanic.

I explained my situation and he said he'd fix it for me, no problem, I just had to bring my bike to him ... up on the fourth floor, and no I couldn't bring it through the building, I had to come via the roof top car park and wheel it in from there.

Did you know you can't take bicycles into that car park?

Thirty minutes later after circling the building several times and been shooed out by a guard when I entered the car park the first time through the main gate, I finally took my courage in my hand, jumped the gate at the back of the car park and cycled like crazy up this circular loop to the fourth floor and freedom .... well the Decathalon shop anyway.

Less than a minute after I walked in, the mechanic had both my pedals off (ah, the joys of leverage and the right tools) and for the umpteenth time this trip, the cost was ... no charge. 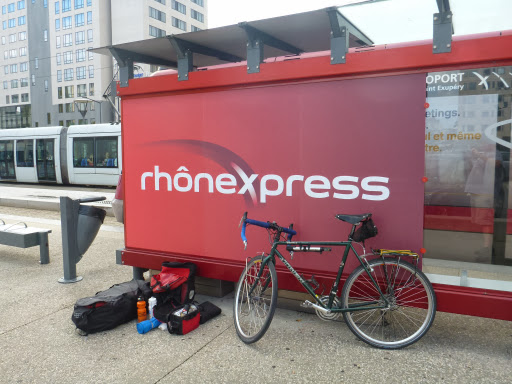 So now I'm at the airport. It's still four hours until my flight leaves, and I'm already sweaty, stinking and in desperate need of a shower after my efforts racing around trying to find a bike shop and charging up and down car parks (I had to jump two gates and avoid the guard on my way out as well, then found myself in a busy six lane highway and had to madly escape from that). 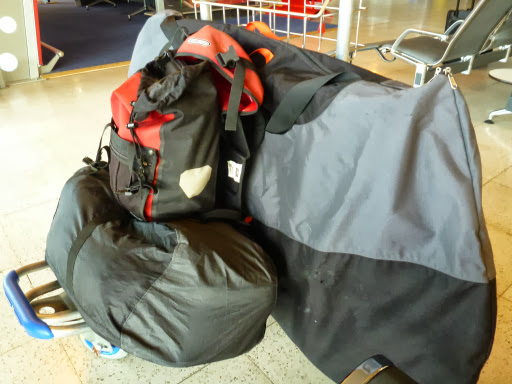 The only thing I don't understand is why more people don't travel with bikes ... it's so much fun!
Posted by Tassierambler at 18:30