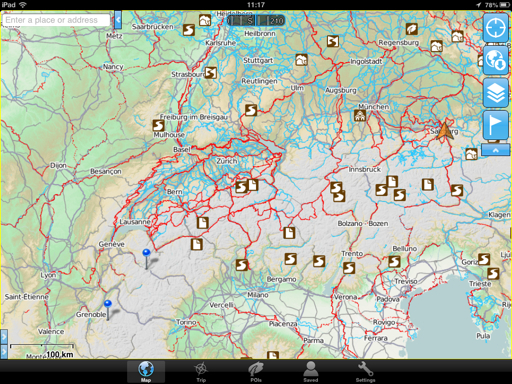 Well if you look again you'll see a little orange arrow over Salzburg in the top right half of the picture.

That's where I am today.

If you look down in the bottom left corner, you'll see Lyon where I have to be in around 19 days.

You'll also notice two pins nearish Lyon. One pin is on Mont Blanc and the other Alp D'Huez.

They're both bucket list places to visit if I can, and are the main reason I chose to fly out of Lyon when I booked my tickets.

Then there's all those red and blue lines ... They're just the major recognised cycle routes that I could choose from to get from here to there. If you went to opencyclemaps.org and zoomed in, you'd see a whole lots more besides.

Problem is, I don't frickin know which route to take, and whilst that's a good problem to have (as far as problems go) I'm nothing if not indecisive when confronted with choices and the time to choose between them. 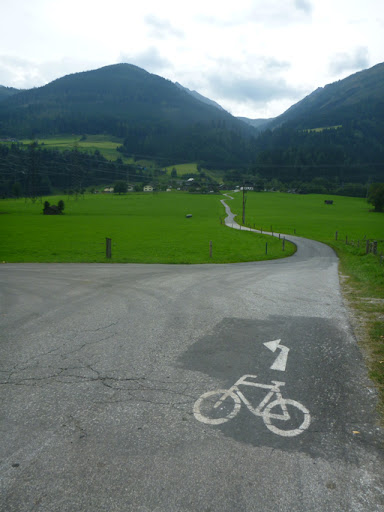 So, not surprisingly, when I woke up this morning and it was pouring with rain I decided to ... well ... decide tomorrow.

So I'm just having a kick back day today and it feels good.

I think I've finished six or seven books since I left Tassie 20 days ago, as well as having read quite a few magazines and, somewhat surprisingly even for me, the business case for the light railway in Hobart.

But more on that topic later, for now I think it's time for another coffee before I maybe wander down to my favourite Chinese restaurant in Salzburg.