That's how long it took between hitting home soil and my getting out and seeing what's new at the Meehan Ranges. 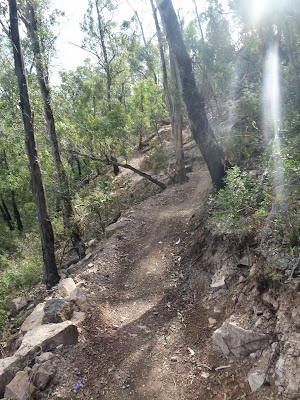 Pretty slack I know, especially as the day I landed, Kim got a call from McBains saying that their very first Giant Lust 27.5 had just arrived and would she like to come and have a look at it ...

Well yes, it turned out she would like to do just that, and two hours later Kim liked what she saw and was the proud owner of a new bike that needed breaking in ... 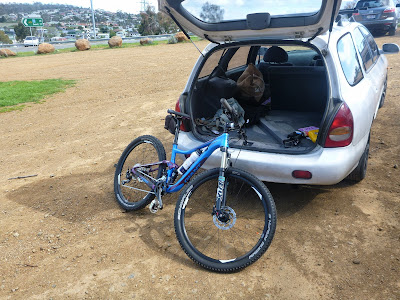 If only I didn't have the small problem of having used up every hour of leave available to me, we might have got out there earlier, but I have a bank account that needs replenishing and a boss that thinks it's time for me to get back to work after six weeks leave, and so I had to spend the first forty eight hours working and sleeping.  Plus I had jet-lag, and I figured where better to get over that than at work ... :)

Now during our ride Kim accused me of going out of my way to take photos of her pushing her new bike, and I just want to say for the record that her accusation is not true.  Though I do think that she may have been a bit over protective off her new toy on this ride as every time I stopped to take a photo of her going over some nice little obstacle or down a steep section of track ... there she was walking it ... 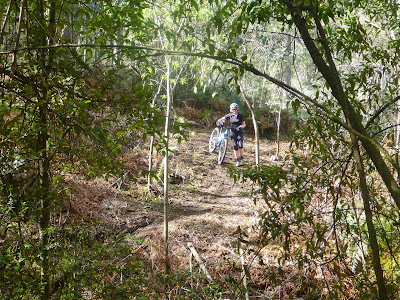 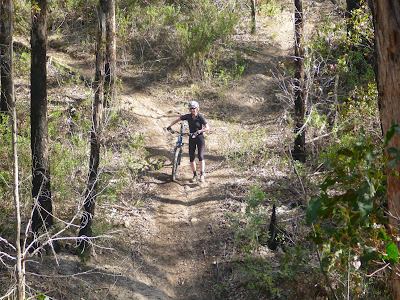 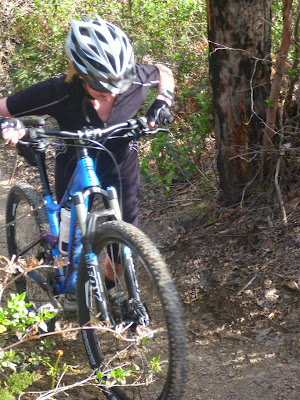 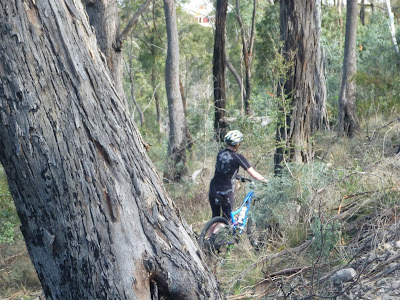 Though, to show this is a balanced and unbiased blog, here she is riding her bike ... 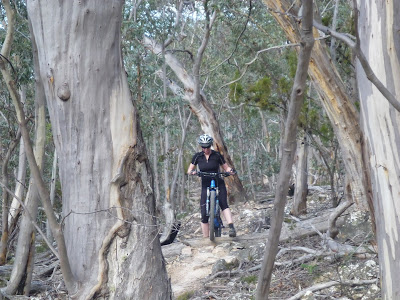 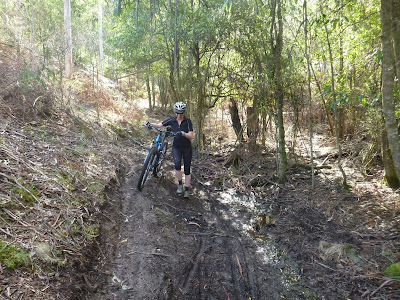 No, again sorry, now I remember, she didn't want to get the tires muddy.  Here it is ... 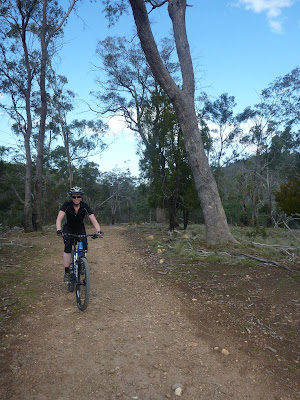 ... and to think Kim said I was predictable.

Now to the trails.

If you haven't been to either the Clarence Mountain Bike Park or Belbins Road for a while you're in for a nice surprise.

At Clarence MTB Park, there's been a great improvement in the climb (or descent depending on which direction you're going in) on the hill with all the steep switchbacks (though if you go the normal way up, you won't come onto this until you get to the top) and the connector section up to the top of the fire trail running around the ranges is getting closer and closer to being finished. 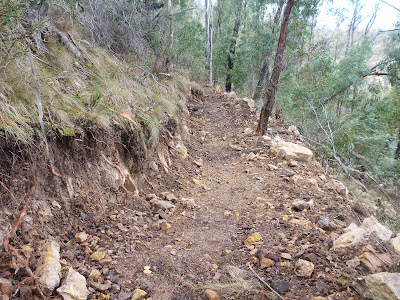 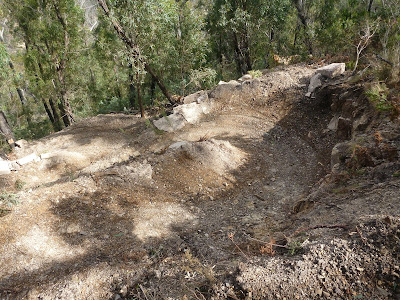 (Yes, I confess that we may have walked up the closed section just to have a sticky beak, but I promise we pushed our bikes and did no damage).  To be honest, after not having been on a mountain bike for nearly two months I was in no condition to ride by the time we got to this point having managed to crash twice going up the hill whilst attacking some of those switchbacks with too much gusto and not enough skill ...

Over at Belbins there is now a newly constructed, switch-backed trail, heading from the top of Stringy Bark Gully, up Barilla Rivulet to the top track.

We cycled down this track, and were suitably impressed that mere human beings believe that they can ride up and down this new trail (yes, I'm finally acknowledging my poor technical riding skills after receiving an email from Matt Watton where he writes, and I quote, "there is a great single track route up to the ridge" so obviously he got up it, so it's just me). 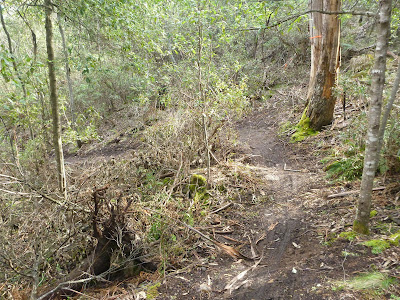 In all seriousness (and this is no criticism) I found this track similar in technical difficulty to the switchbacks over at Clarence and your average weekend warrior (like me) will find this enough of a challenge heading down, never mind thinking about riding up it.

I walked several switchbacks, and Kim came a cropper on one of them (and nearly scratched her brand new bike!), but hey that's on me to improve my skills, but still, word to the wary, unless you chew through the switchbacks over at Clarence with no problems, you might want to take it easy heading down here the first time.

I still love that this connection is there though as it just opens up so many more circuits in the area.

After a fun run down through Stringy Bark gully, on our way back around to Clarence via the track runing parallel to the highway, we came across even more nice track patching and realignment work, and all up it's just darn exciting to see that after Launceston got a big jump on us southerners with all the tracks being built up at Kate Reed and Trevallyn, that we're getting back in the game.

If you appreciate the work being done out here, don't forget to support Dirt Art and the Hobart Trail Groomers ... or at least shout out and thank them.

As for the track notes on tassietrails.org, I promise I will get around to updating them soon to incorporate these new tracks, in the meantime, you can just look at either this strava route or this one and go play. 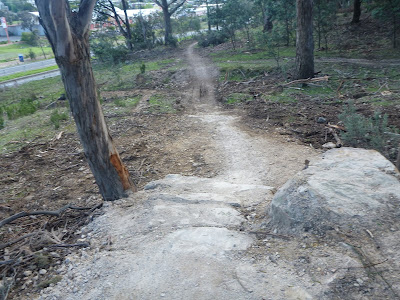 Trust me, you'll find plenty of others out there doing the same thing.
Posted by Tassierambler at 16:30