Our current, but soon to be ex, Premier made the comment just before election day that while "the Polls may be saying one thing ... the streets are telling her another."*

Well, heading into this years Hobart Commuter Bike Count, I can confidently say that the streets were telling me that cycling in Hobart is growing and diversifying. 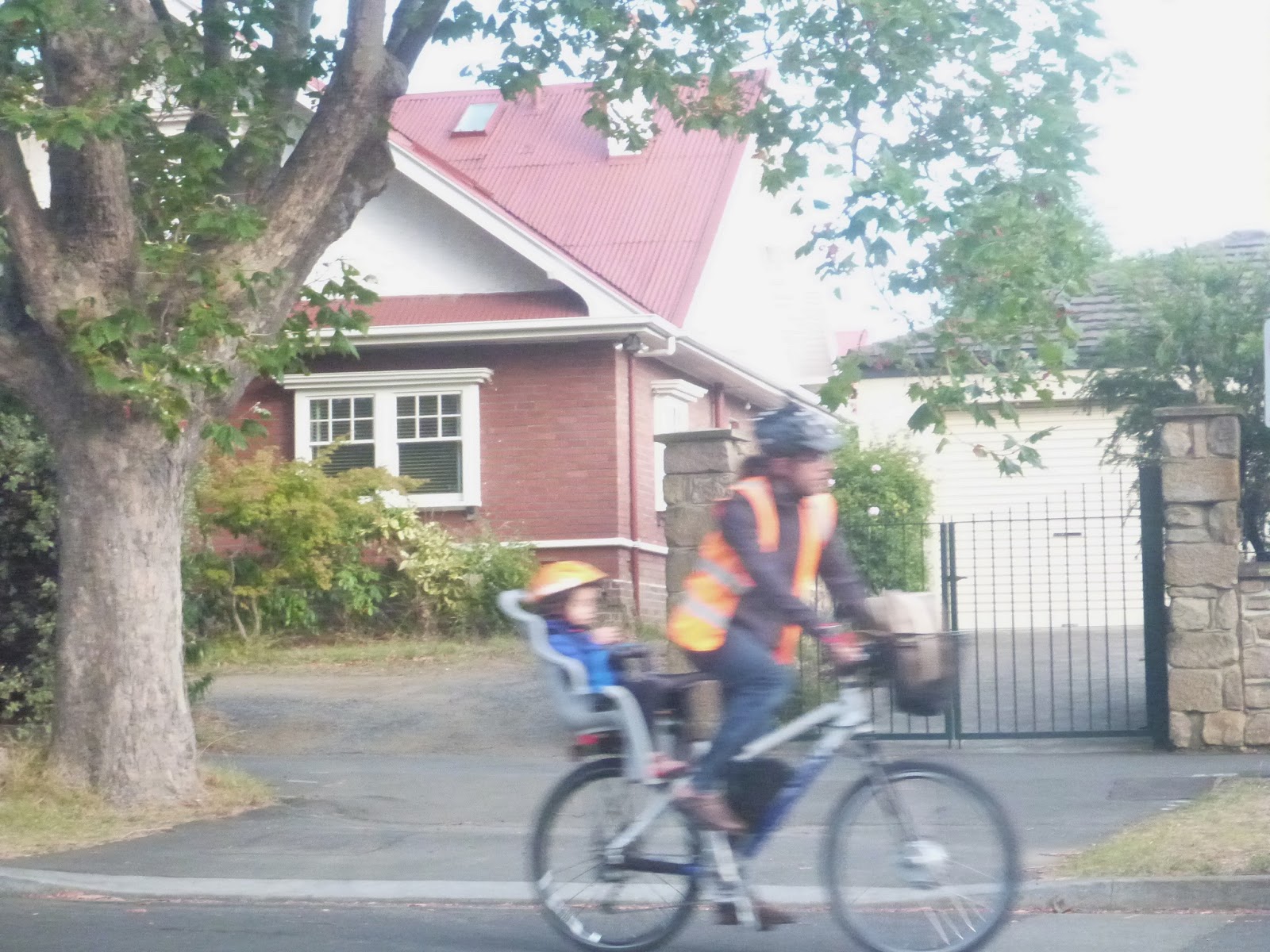 What has got me saying this?

Well it's the little things ... for example, I set off to ride into work the other day on my electric bike, and just 300 metres from my house I was overtaken by another cyclist on another power assisted (albeit noisy lawnmower type engine) bike.

That was my first known overtake by another power assisted bike.

A week after that I was driving into work down Macquarie Street when for the first time ever I wished that it was legal to use my mobile phone whilst driving because if it was I would have taken a photo of this urban styled guy in front of me riding his fixie and the girl in front of him riding her big heavy commuter with flowery basket up front.  They both looked very cool.

Then there was that ride home the other night where I pulled up on Sandy Bay Road near St Ives and found myself in a pod (is that the established term?) of seven cyclists including some commuters and some roadies no doubt heading off for an evening spin.  There was a time when eight cyclists in Hobart would have been a contender for front page news in The Mercury.

What really excited me though was when I cycled past the primary school next to the Hobart Rivulet Track on my way to work the other day and saw this ... 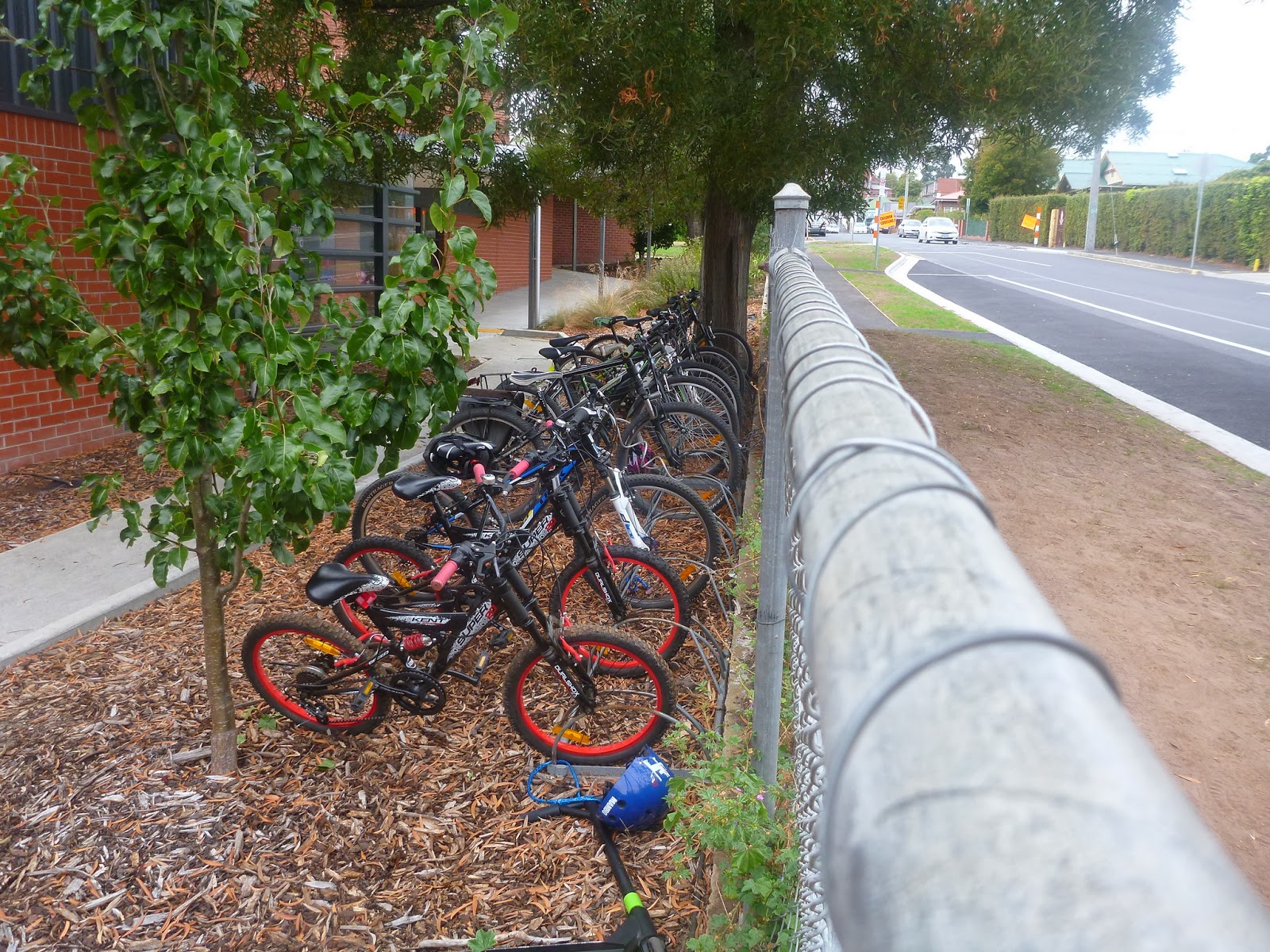 Yep, a full bike rack at the back of a school.  It's not quite what I saw over in Europe or Vietnam, but it still shows that if you have good and safe infrastructure (like the Rivulet track) the riders will come ...

So leading up to the big day, the streets were screaming at me that cycling was going through a boom time in both diversity and numbers, and so I packed an extra pencil and registration sheet the night before "the only count that counts" ready to record the explosion in cycling numbers.

As usual I got to my count place about 45 minutes early (6.15am) to ensure I could park my car in my 'secret' spot and so watch all the cyclists go past unobserved.  Then, as happens every year, a half dozen or so cyclists all went zooming past in the 15 minutes leading up to 7am so I couldn't count them ...

Then 7am ticked over and I sat there getting bored for 45 minutes because barely a cyclist went past. 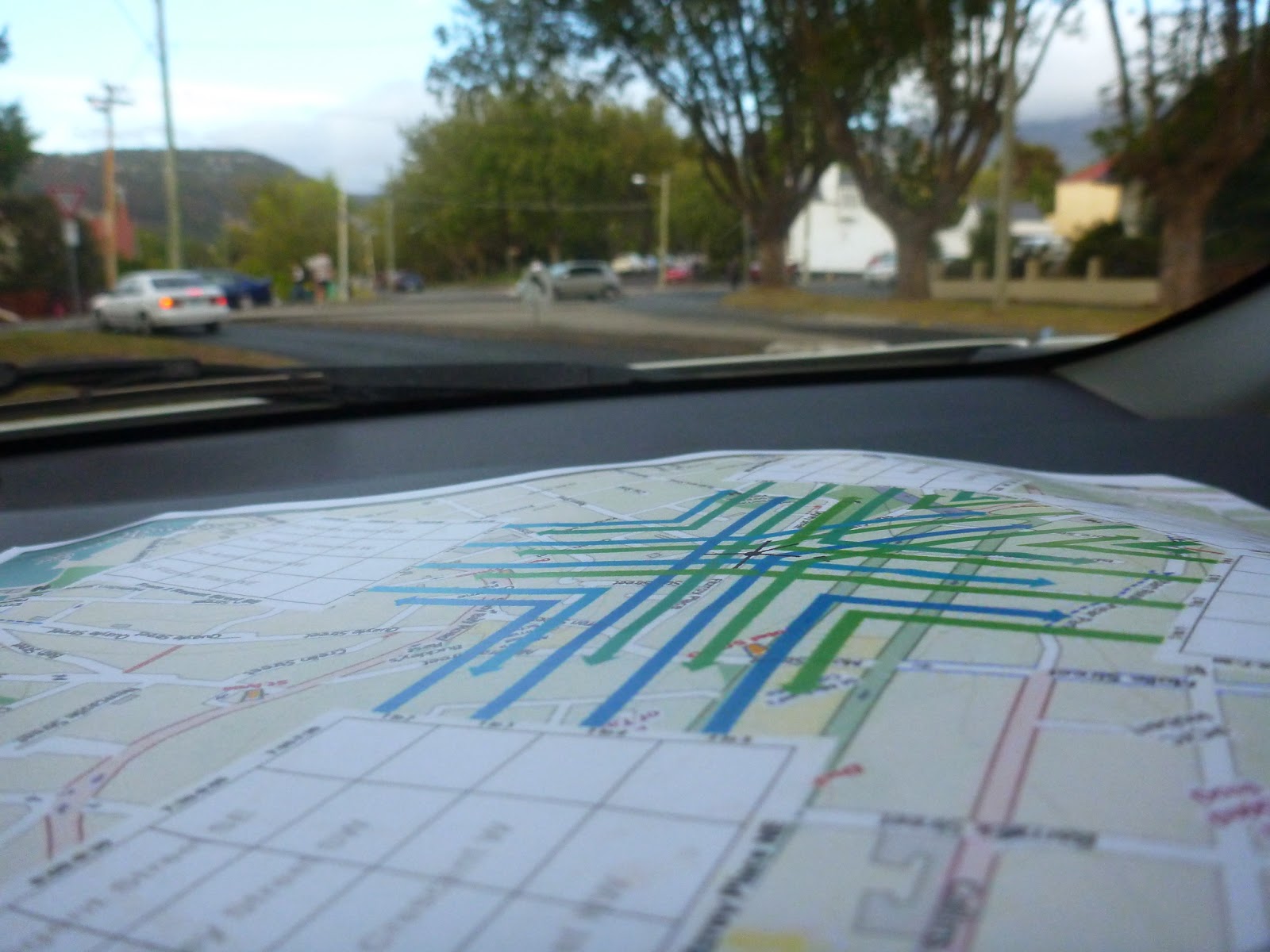 I was really worried by 7.30am as I had counted more people walking their dogs than I had cyclists.

Fortunately as the morning progressed, numbers slowly climbed and by the end of the two hours I had clocked up 56 cyclists ... which was not very impressive and definitely down on the last two years counts of around 68 (from memory). 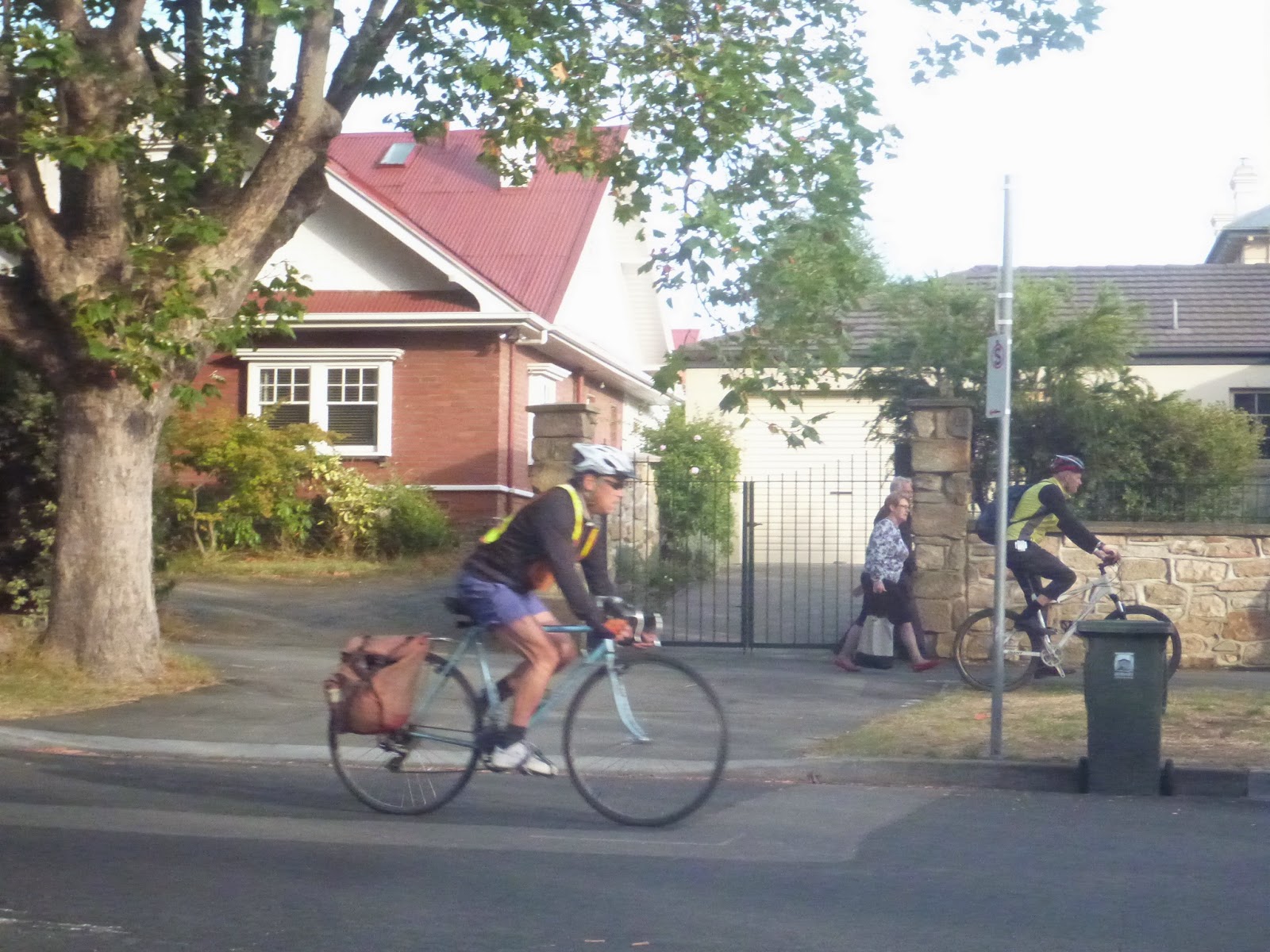 This was not something that the streets had predicted.

The good news was that the diversity of cyclists was as good as last year with at least three electric bikes whizzing past, lots of really relaxed commuter bikes, and the 'lycra set' being noticeable only by their almost complete absence.

But what's got me thinking is this ... 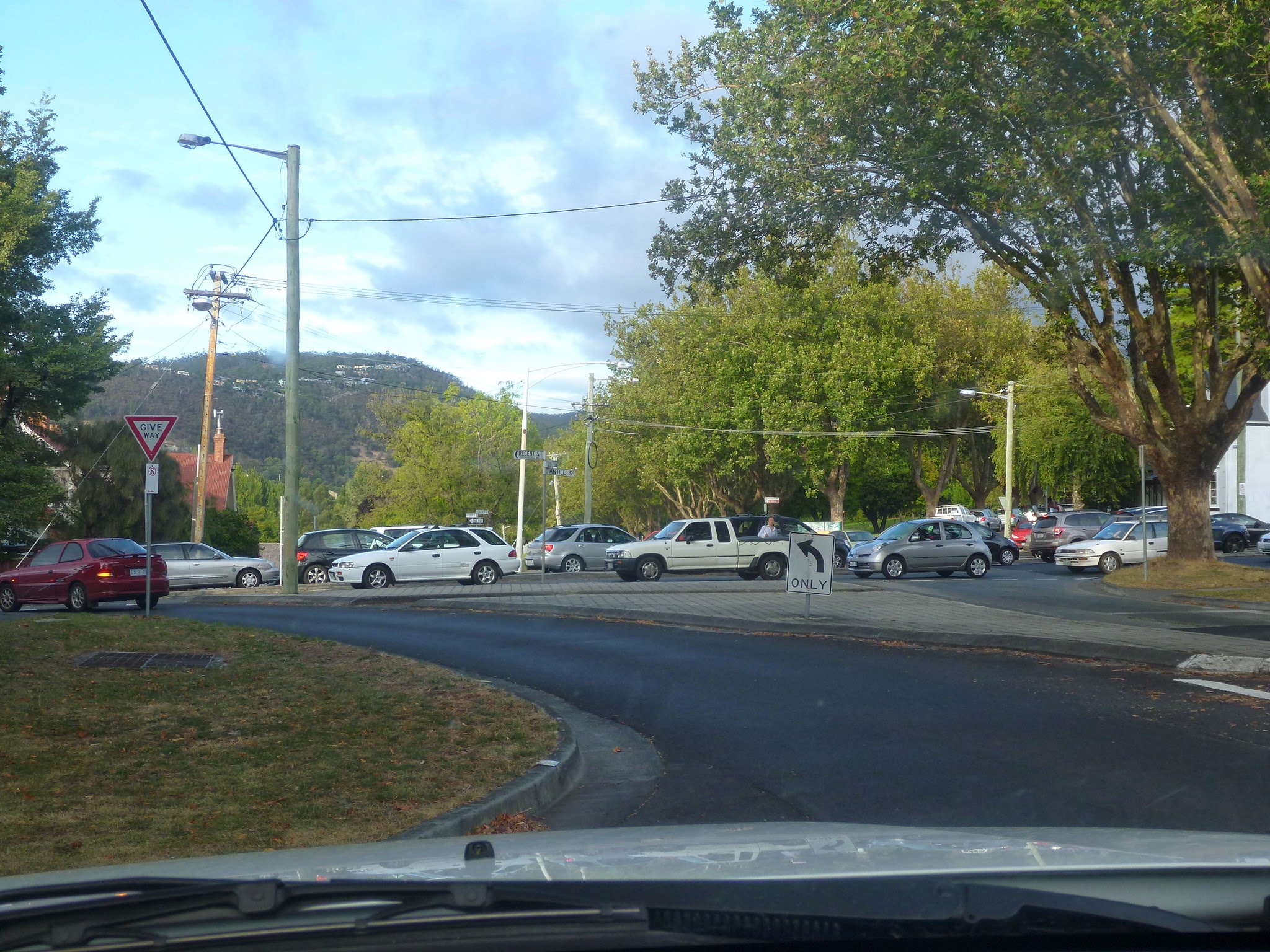 If you took your eyes off the occasional cyclist that went past and looked out at what was going on around them what you'd see was an almost hour long grid-lock of cars going up and down Regent Street. You'd also have seen hundreds of commuters who are forced to park further and further away from work each day as they search out free all day parking for their cars as restrictions are placed in more and more areas.

Which makes me reflect on all those other times I saw cyclists and remember that those two cool cyclists that I saw heading down Macquarie street were partly looking so cool because they were weaving down between the gaps in stationary peak hour traffic, and although there may have been a pod of eight cyclists together for a brief moment on Sandy Bay Road ... around us was a near constant stream of backed up cars outnumbering us ten to one.

Which brings me to my point ...  Democracy is about majority and if you just focus on what you're looking for ... in this case the 56 cyclists who went through that intersection (and it is a terrible intersection for cyclists) and think "we have to do something about improving this intersection for cyclists"... then you'd be missing the hundreds of cars and pedestrians who also went through the same intersection and may also feel that the intersection should be improved for them ... and as important as I think cycling is, if you don't keep your eyes on what the majority of people are doing ... then you might not really be hearing what the streets are saying, and in the end just because you don't look at them, it doesn't mean that they don't get to be counted.

Hopefully there's something in that for somebody.
===========
* actually she technically said "The polls say one thing but the street says another." but that didn't read as well.
Posted by Tassierambler at 07:00