I'll write another post on the upsides of the Milford Sound Track, but I just wanted to make special mention of hut etiquette ...

The Milford Sound Track is a 53km, four day / three night walk and each night as you moved along the track there were wonderful huts with bunk beds, running water, gas stoves and flushing toilets.

I know ... luxury ... we brought tents, sleeping mats, stoves etc. to New Zealand and ended up leaving them all in the car.

Each hut had it's own ranger who looked after the huts and surrounding tracks, and these hut rangers would come and give us a talk each night about what was ahead on the track, things we should know abut the hut, the wildlife, and other miscellaneous track etiquette.

For example on the third and last night, the ranger gave a really good overview on night time hut etiquette, explaining how people who were getting up early to catch the first ferry should think about what they needed to get their hands on in the morning so they could get it organised the night before and not wake others in their room whilst having to search through twenty plastic bags to find their bloody spoon …

Seriously, I'll personally pay for this hut ranger to be moved to the first nights hut to tell everyone that little nugget of information ...

Kim and I were very close to abandoning the track after the first night driven off by sandflies ... and more importantly some of our fellow human beings.

It all started pretty well … I mean with 40 people turning up to share a bunkhouse you have to expect a bit of friction between sleeping and socialising, but they've organised the huts pretty well with people broken up into two or more bunkhouses and then a separate common room / cooking hut where people can go to cook, talk and socialise.

Which was why we were just befuddled when these three local girls insisted on coming into the bunk house, where a bunch of us were trying to get to sleep about an hour after dark, climbed into their beds (after leaving the door open for the third time letting all the sandflies into the bunk) and then proceeded to talk and talk and talk …

Thankfully after what felt like 45 minutes one of the girls who was doing most of the talking moved onto the fascinating topic of training courses, at which point, after talking about the course in great detail, she said “I don't really like these courses, because I really don’t like talking about myself”.

I couldn't help myself and I burst out laughing … and I think that finally gave her the hint and she shut up.

The next morning we were woken before dawn by people russicking through all of their various plastic shopping bags looking for god knows what (probably their torch), and after finally giving up on trying to get some sleep I wandered out to the three toilets (which are there to service forty people remember) and proceeded to stand outside for about 10 minutes wondering what the hell the people in there were doing … I found out as the three girls who had been talking last night emerged together … they’d been in there getting changed and doing their make up. Grrrr.

Suffice to say that after my nights laughter and my morning scowl those three girls didn't talk to me for the rest of the trip … but they were the only three that we didn't get along with out of the whole forty, and overall it was a pretty good group with lots of interesting people to talk too during the evenings after a day out on the track (which surprisingly we did feel we had to ourselves a lot during the day). 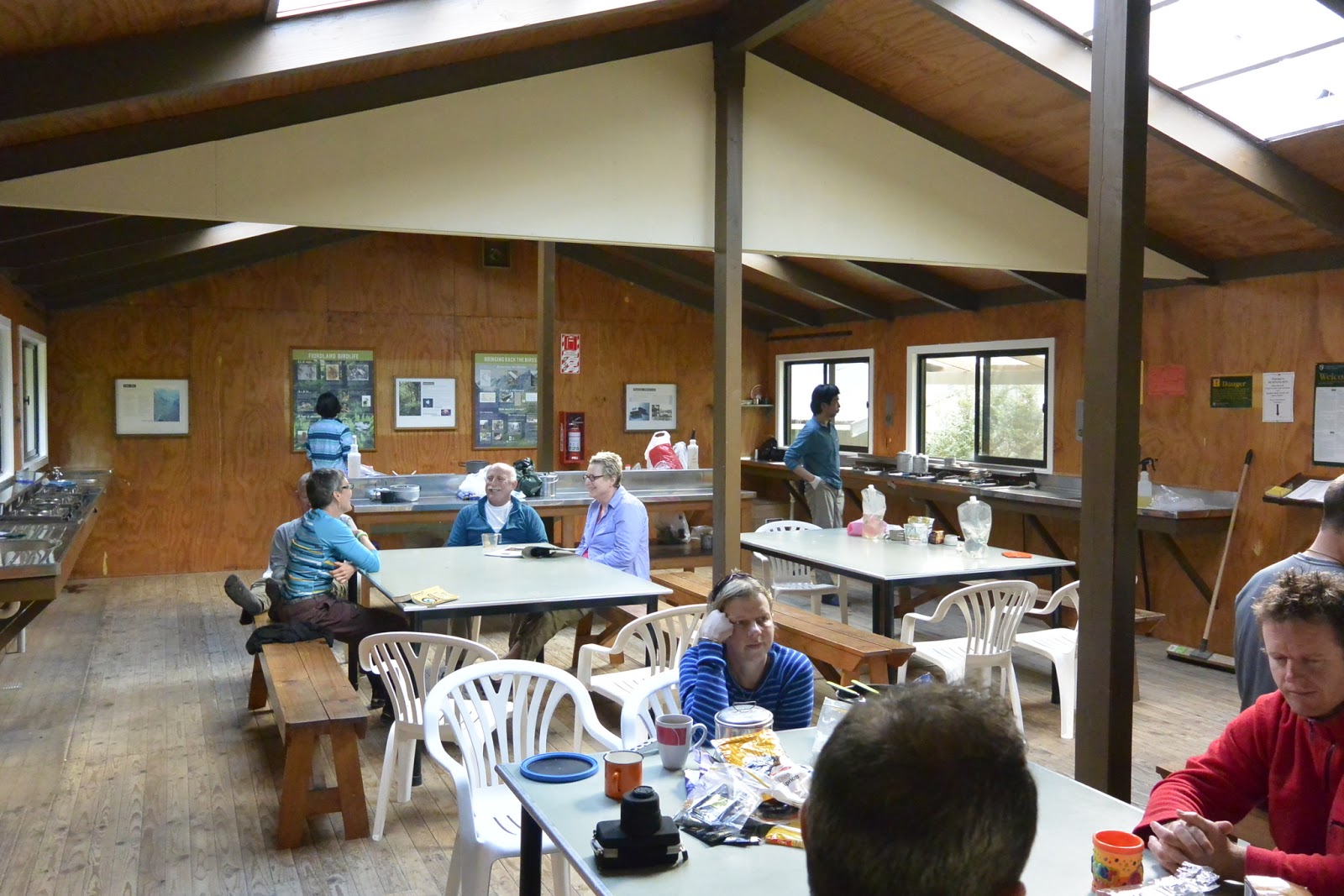 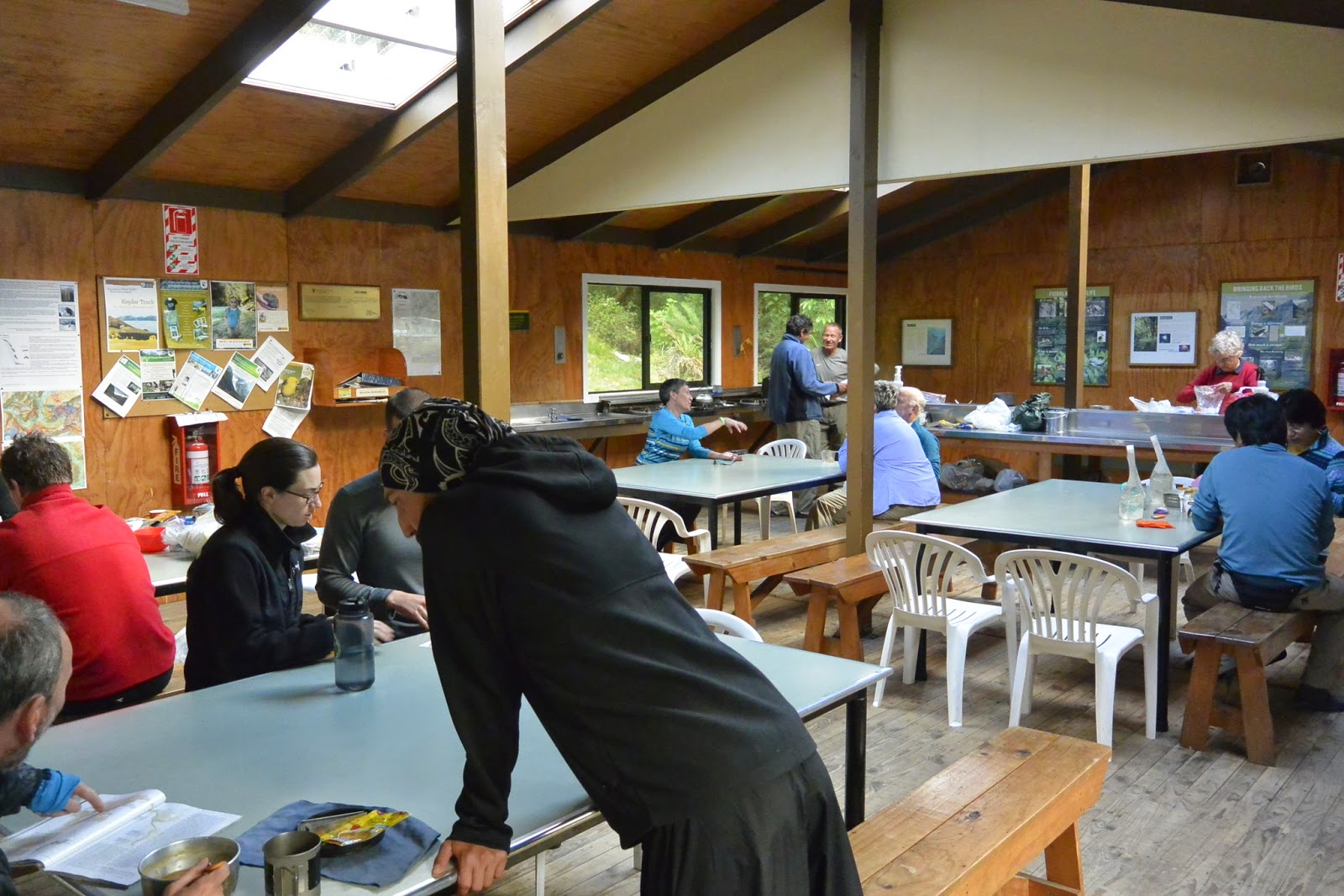 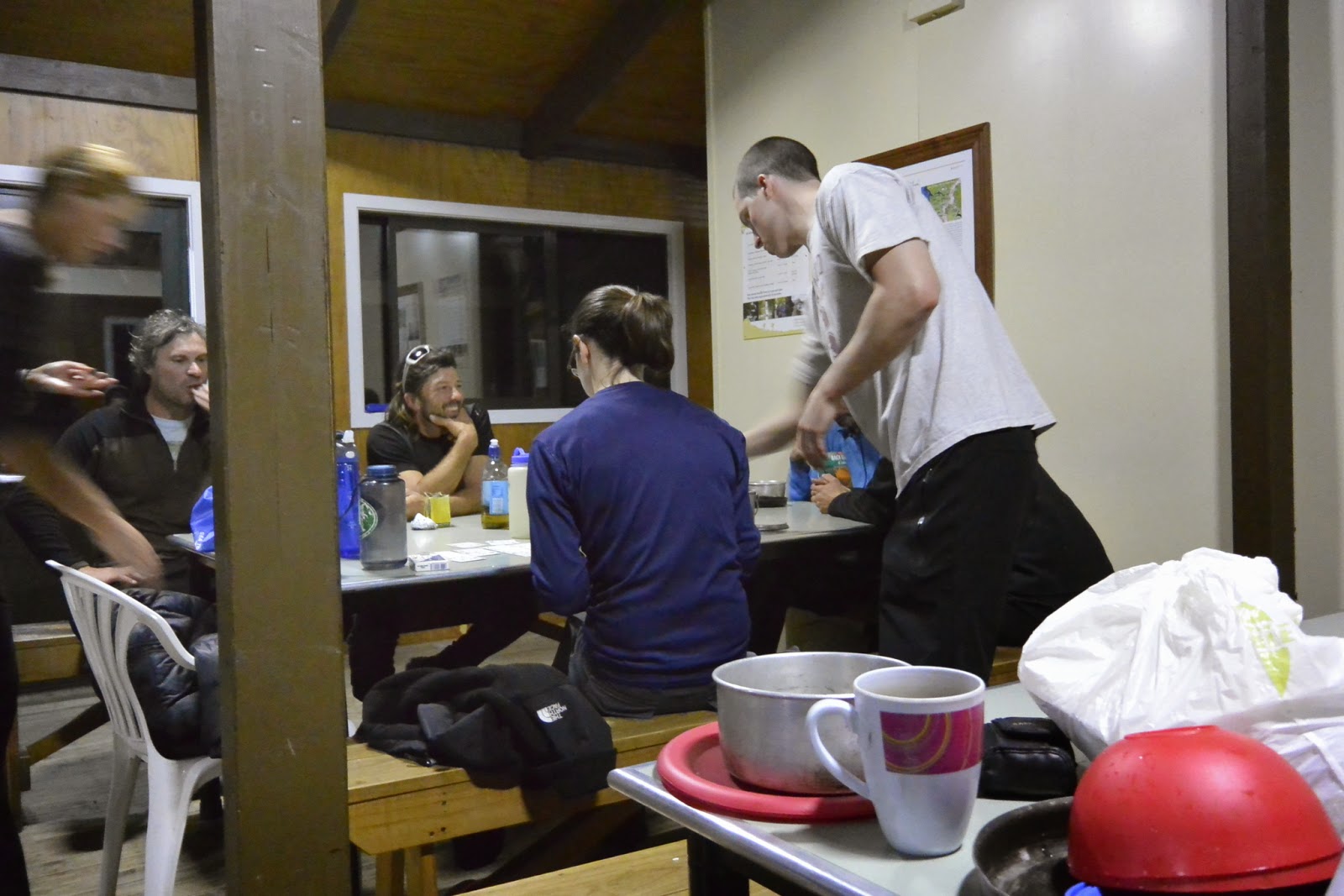 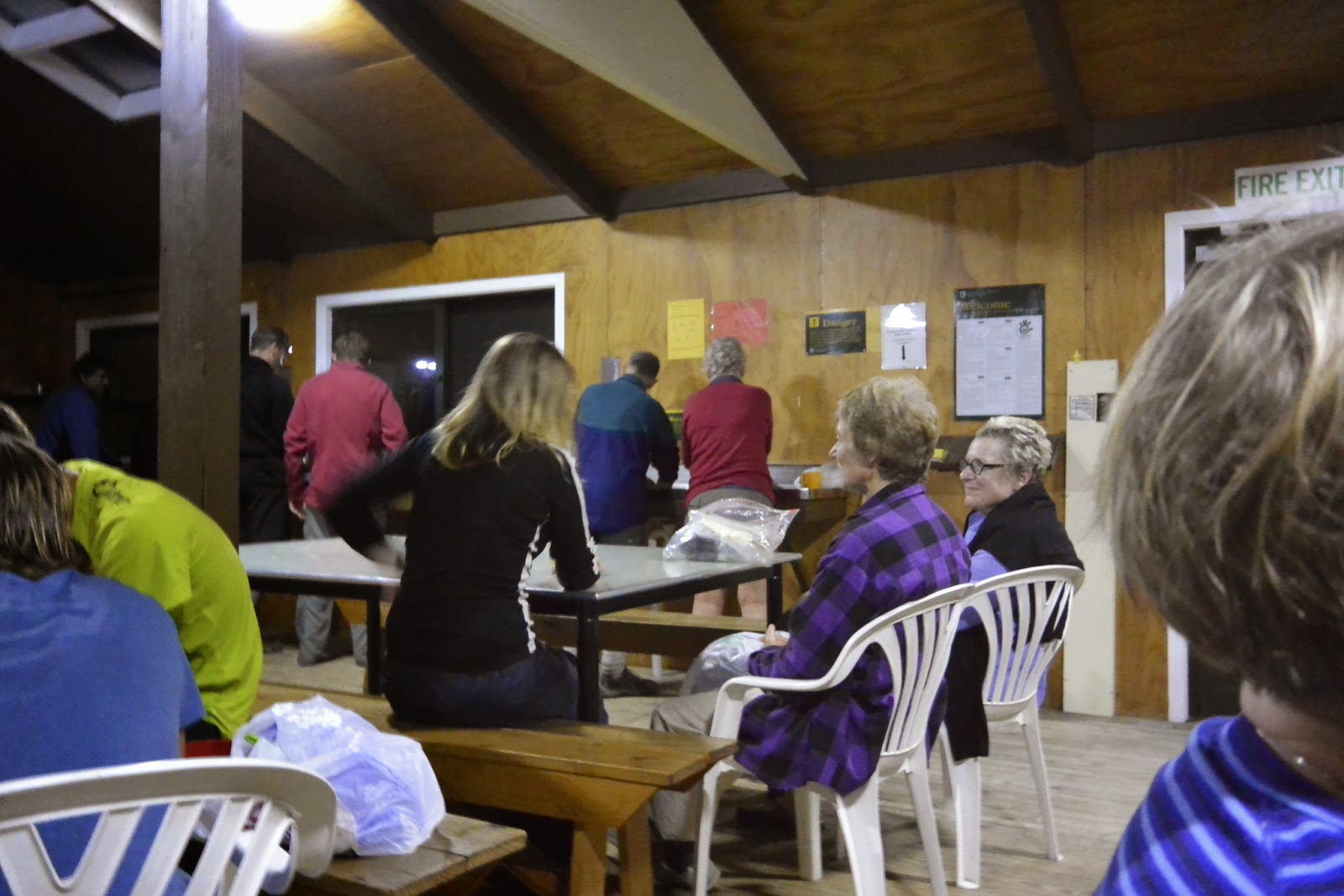 As for the walk … well Kim thought there were too many trees blocking the views (true story, despite her claims that I'm misquoting her) ... ... and I'm thinking that buying a new pair of walking shoes five hours before getting onto the plane may not have been that smart, but more about that in the next post. 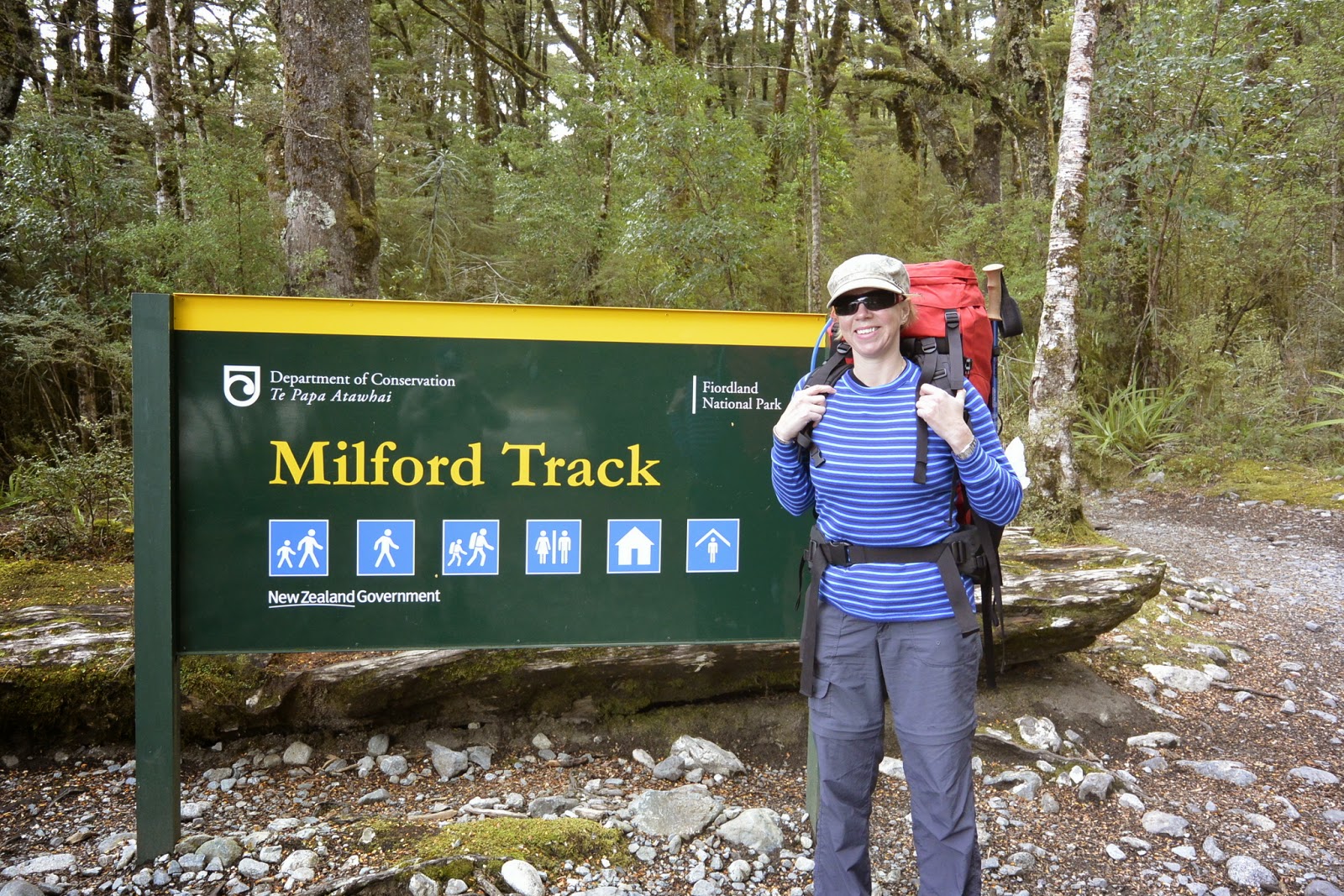