This mornings ride had a special significance for me, because it was on this very track (albeit that we were on foot, and it was pissing down with rain) that Kim let me know that (1) I was the stupidest male on this planet (this was just the first of many times she has let me know this) and (2) she had in fact asked to come along on the weekends mountain biking (our first weekend away together and her first weekend away from her kids ... ever) because she like me .. a lot. 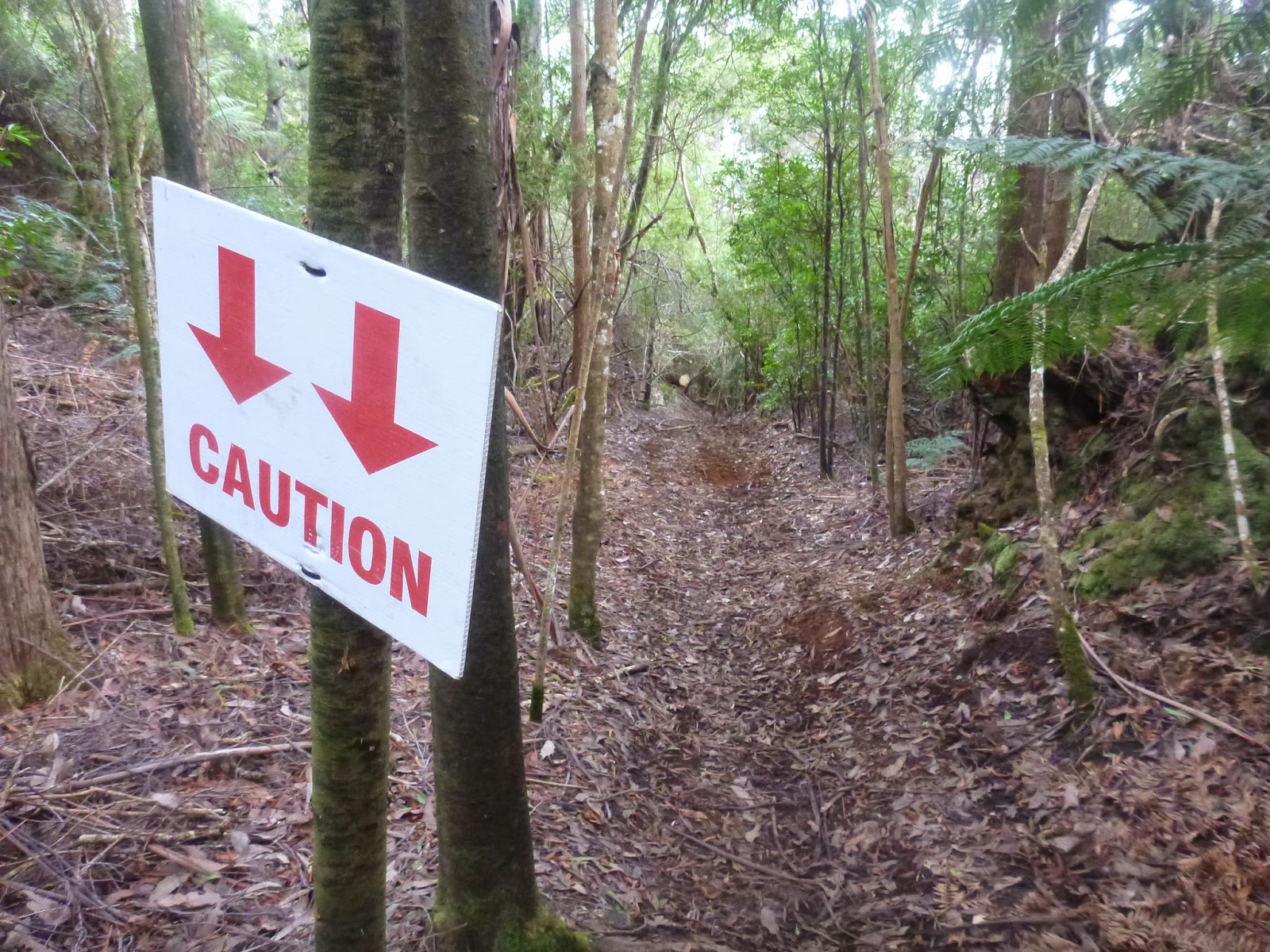 That all took me completely by surprise, but the rest as they say is history.  And I'm still sure Kim means I'm the stupidest male on the planet in a good way, right?

Today was a bit different than that little adventure ... for one thing after reading up on it at Weldborough Pub last night I now knew the name of the track ... it's called the RC Track ... How special is that ... they named it after my trip there ... the Track for the Romantically Clueless .  How Cool!

The other two big differences were that today I had my bike ... 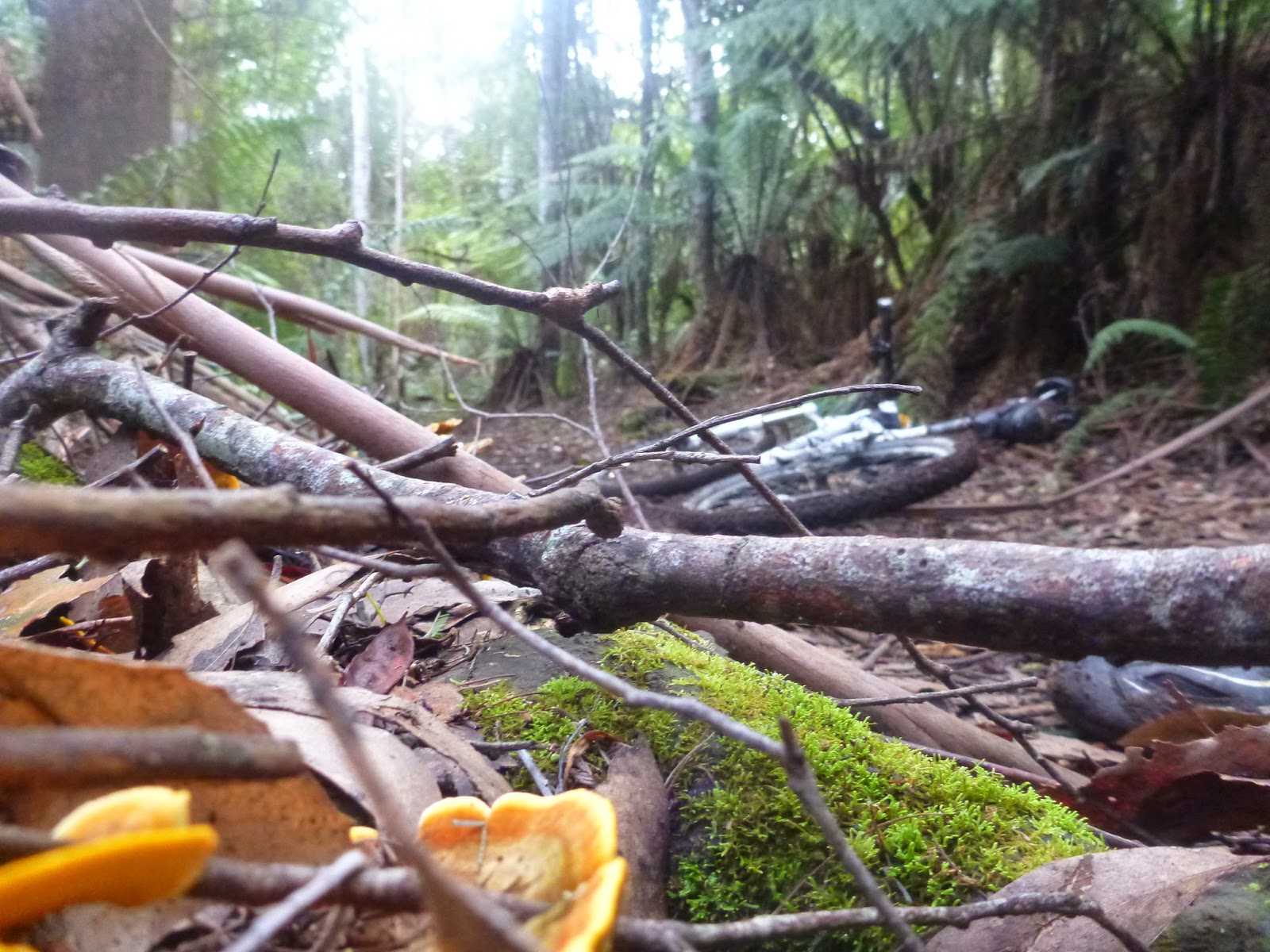 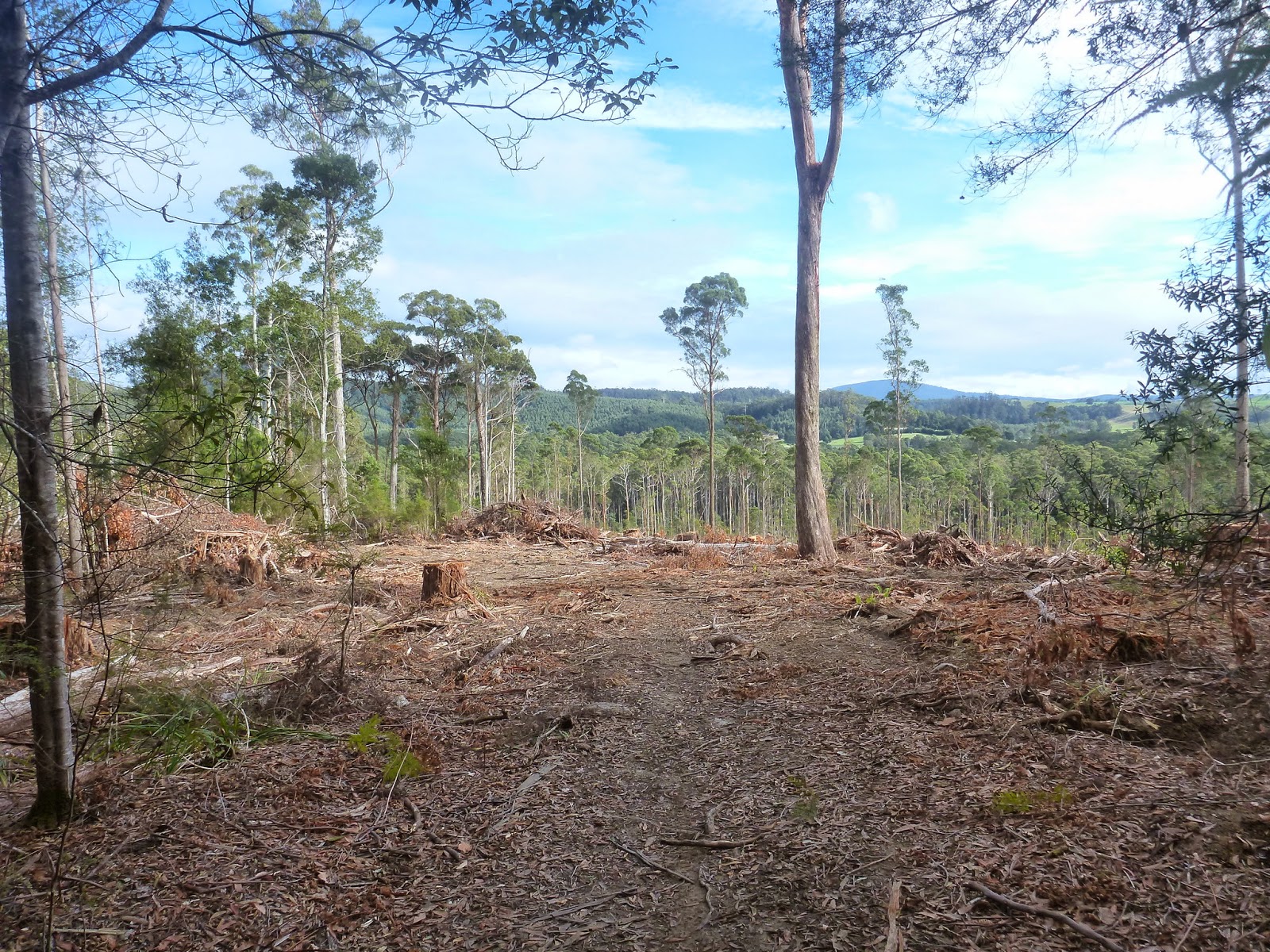 OK, three differences ... as per the picture above they have also clearfalled the last section of the track leading to a bit of a maze like exit.

If, you've got no idea what I'm on about, then by way of a belated introduction,  the RC Track is part of the Blue Tier Trail network.  I'm pretty certain that it's now a key part of the Blue Dragon Race (Day 2), but when I first heard about it, it was one of those secret little trails you sort of heard about where if you headed down this road and looked for a small trailhead on the left you'd find it.

It makes a great stand alone short ride (7kms up Fromes road, and then about the same back down the RC Track) or it can form part of several circuits from Weldborough Pub linking through to all the trails over near Derby.

But however you ride it ... do get in there and ride it because it is a brilliant trail ... 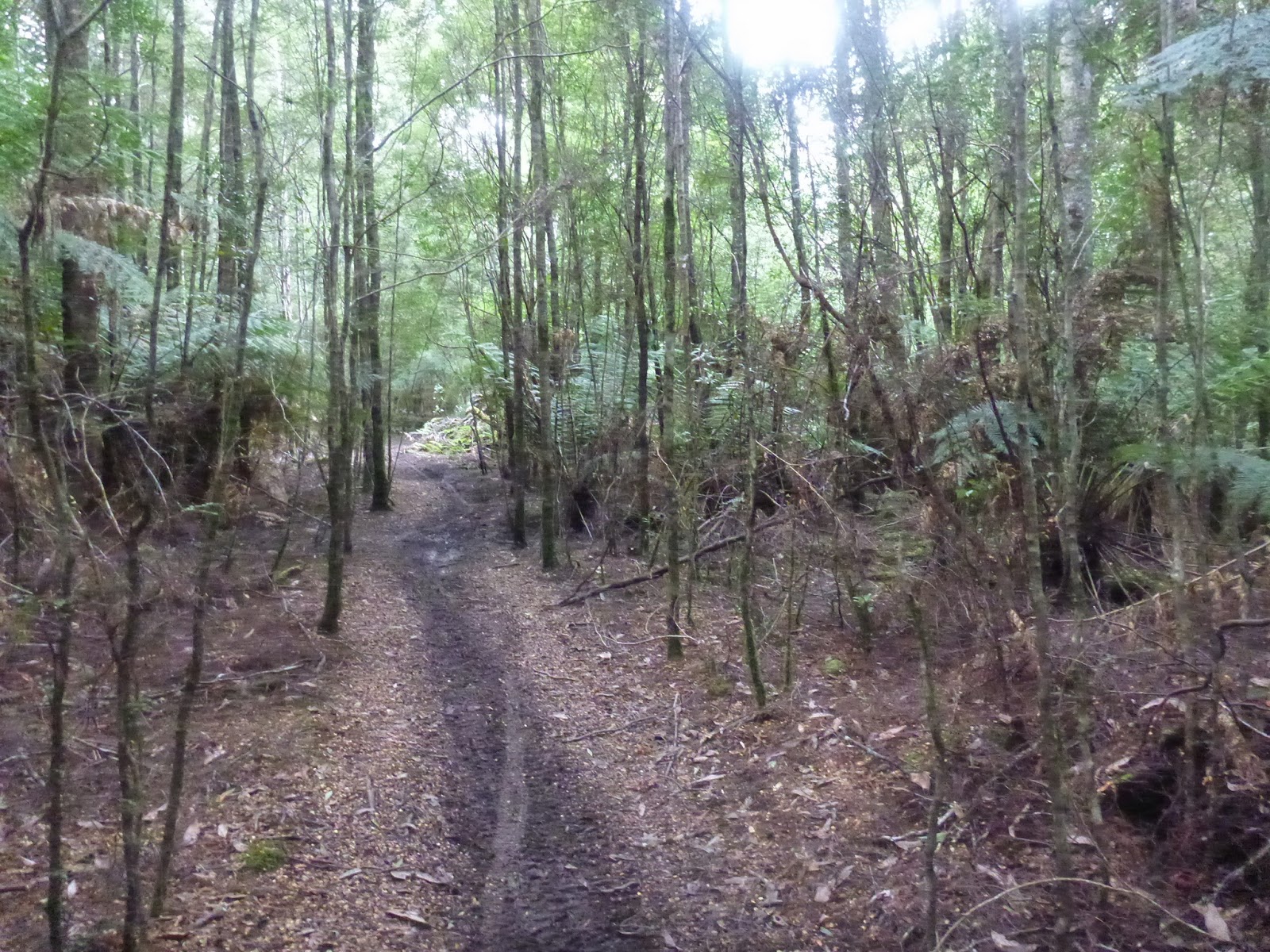 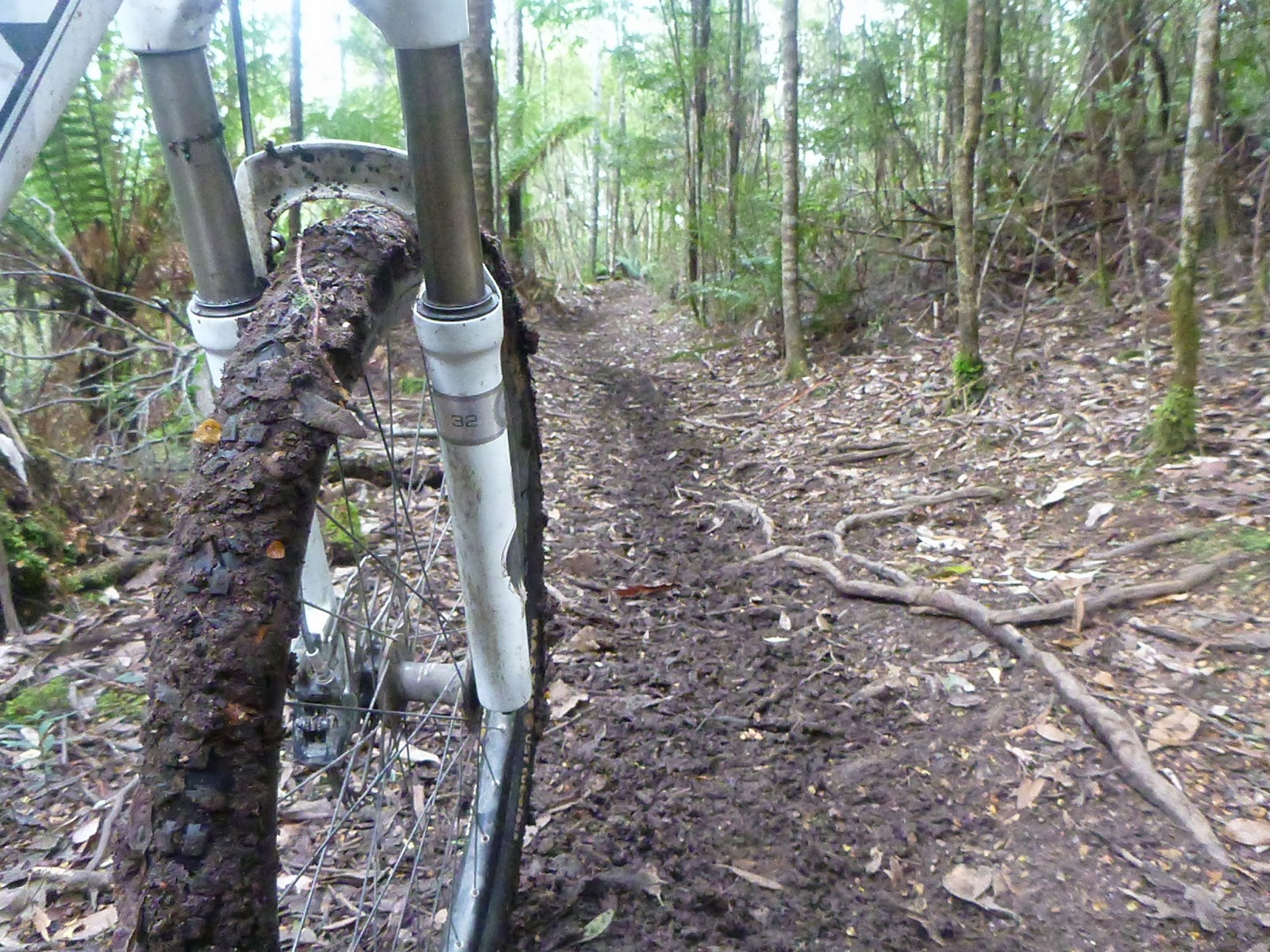 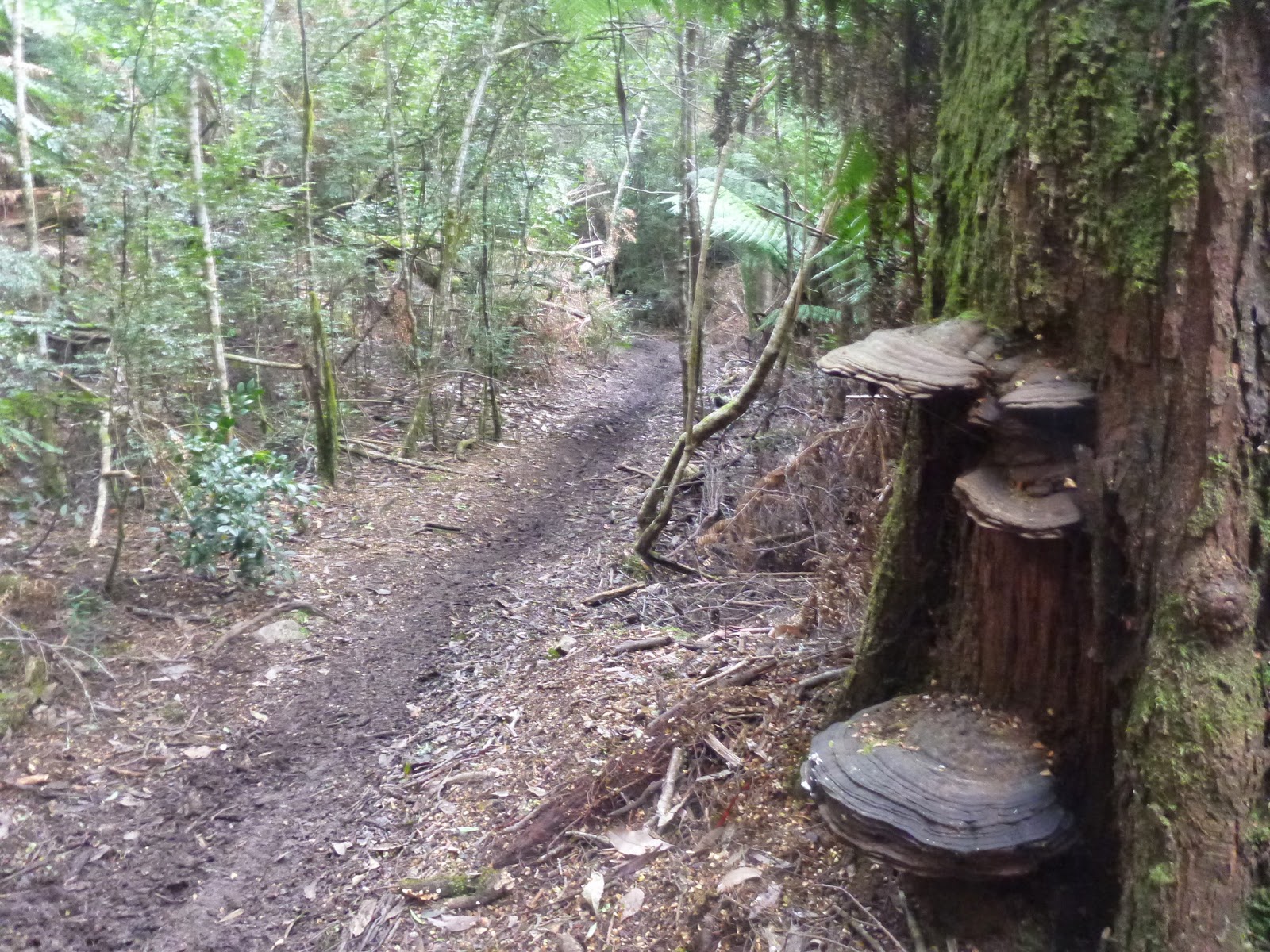 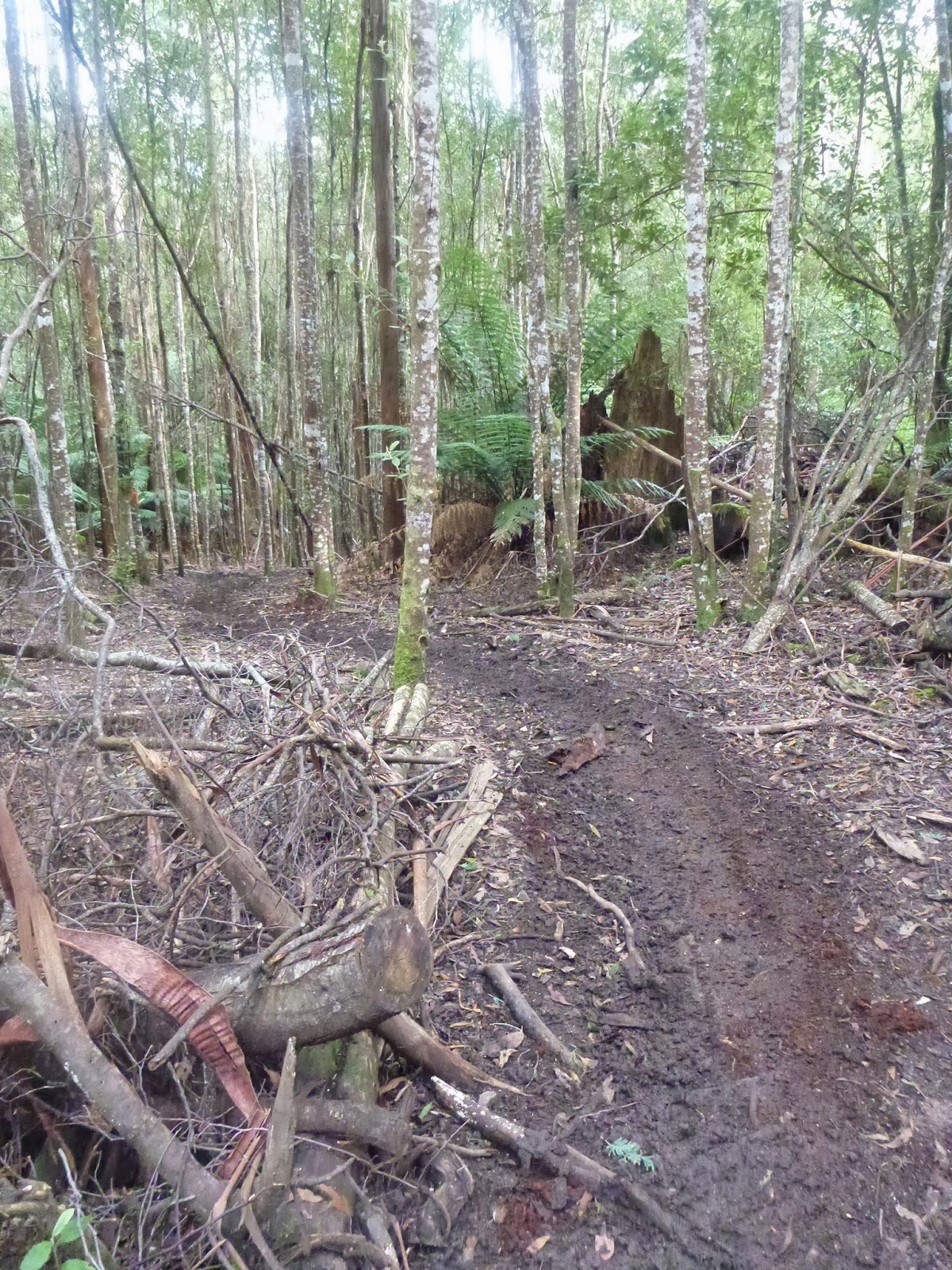 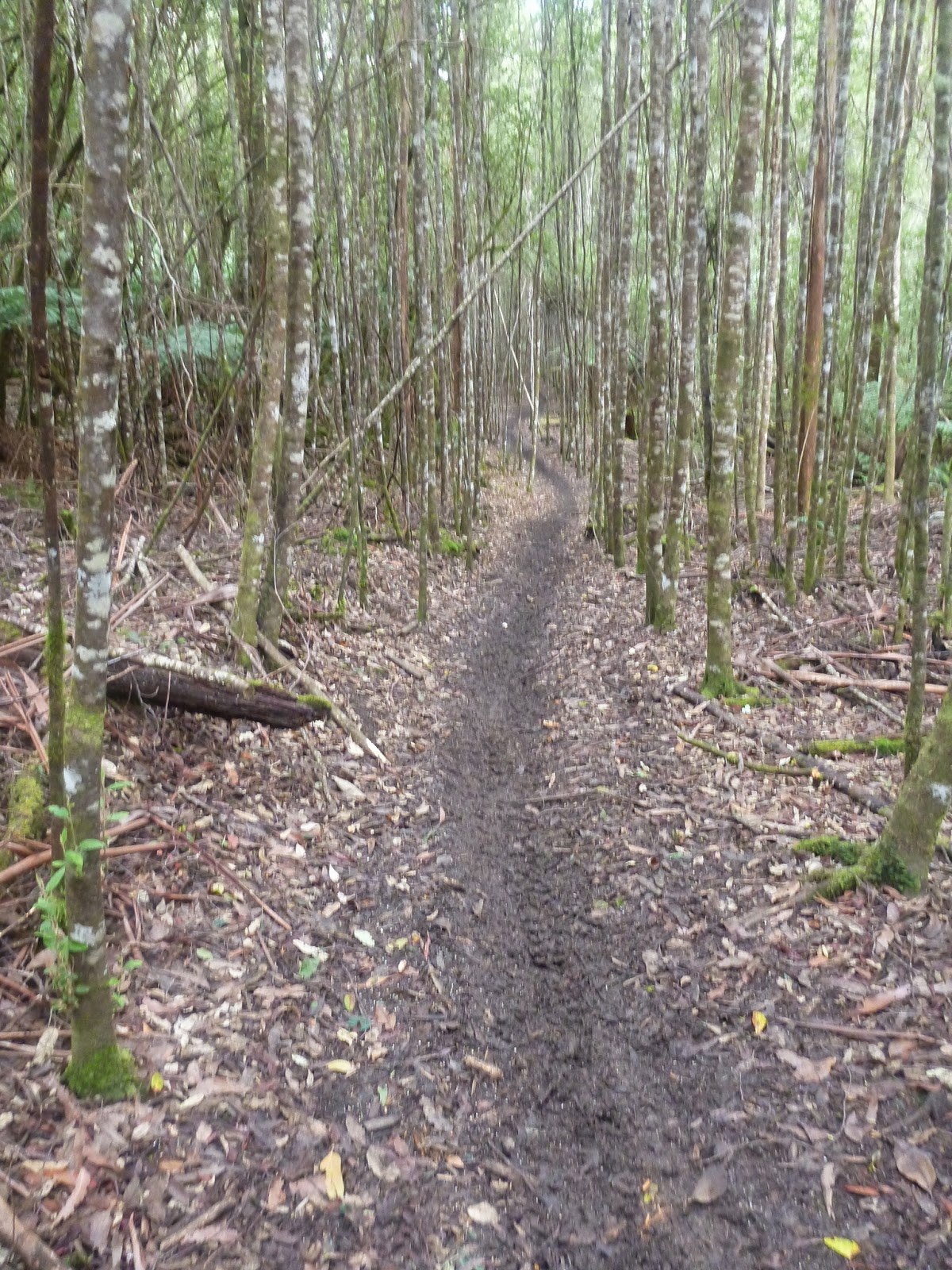 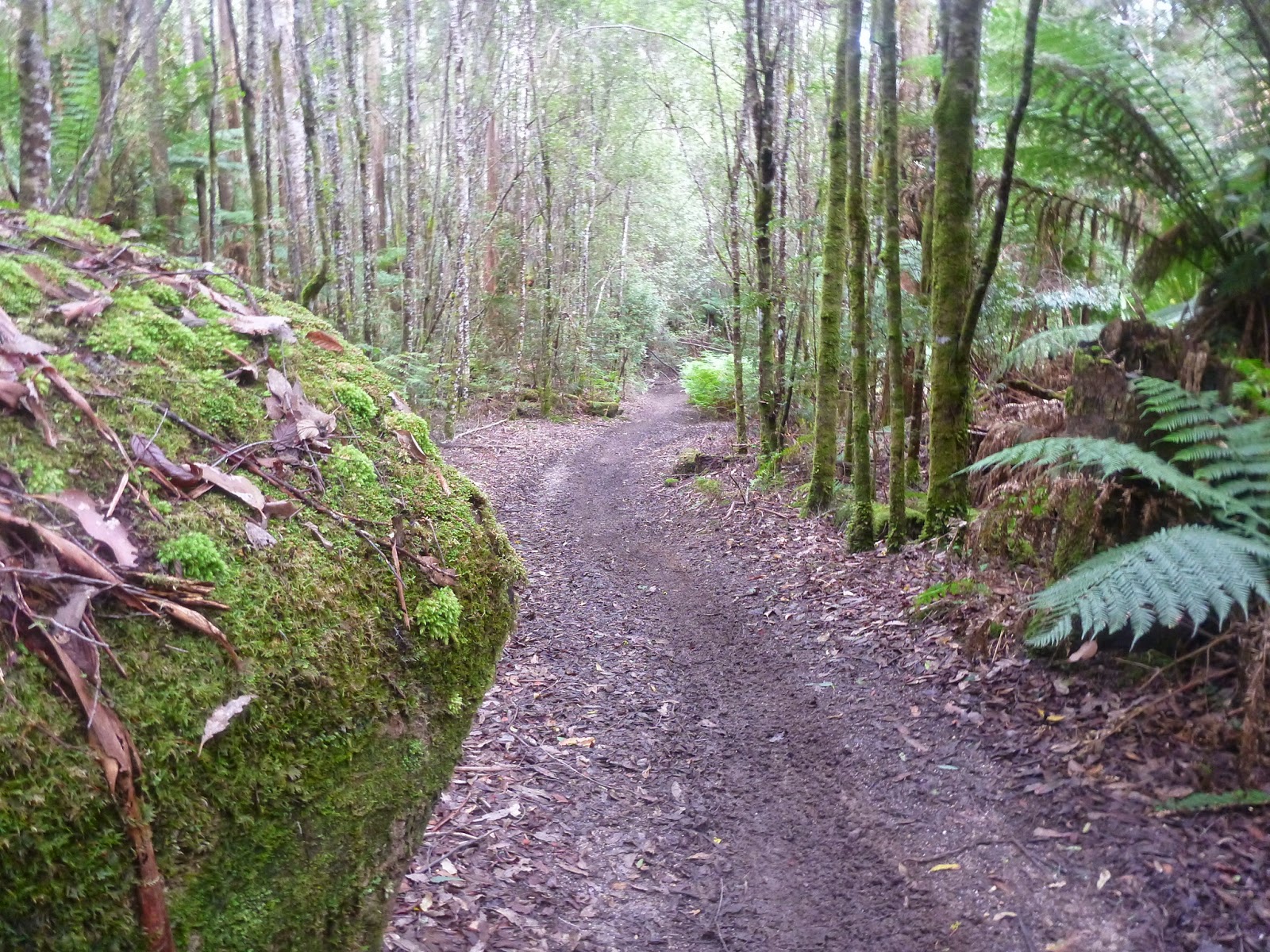 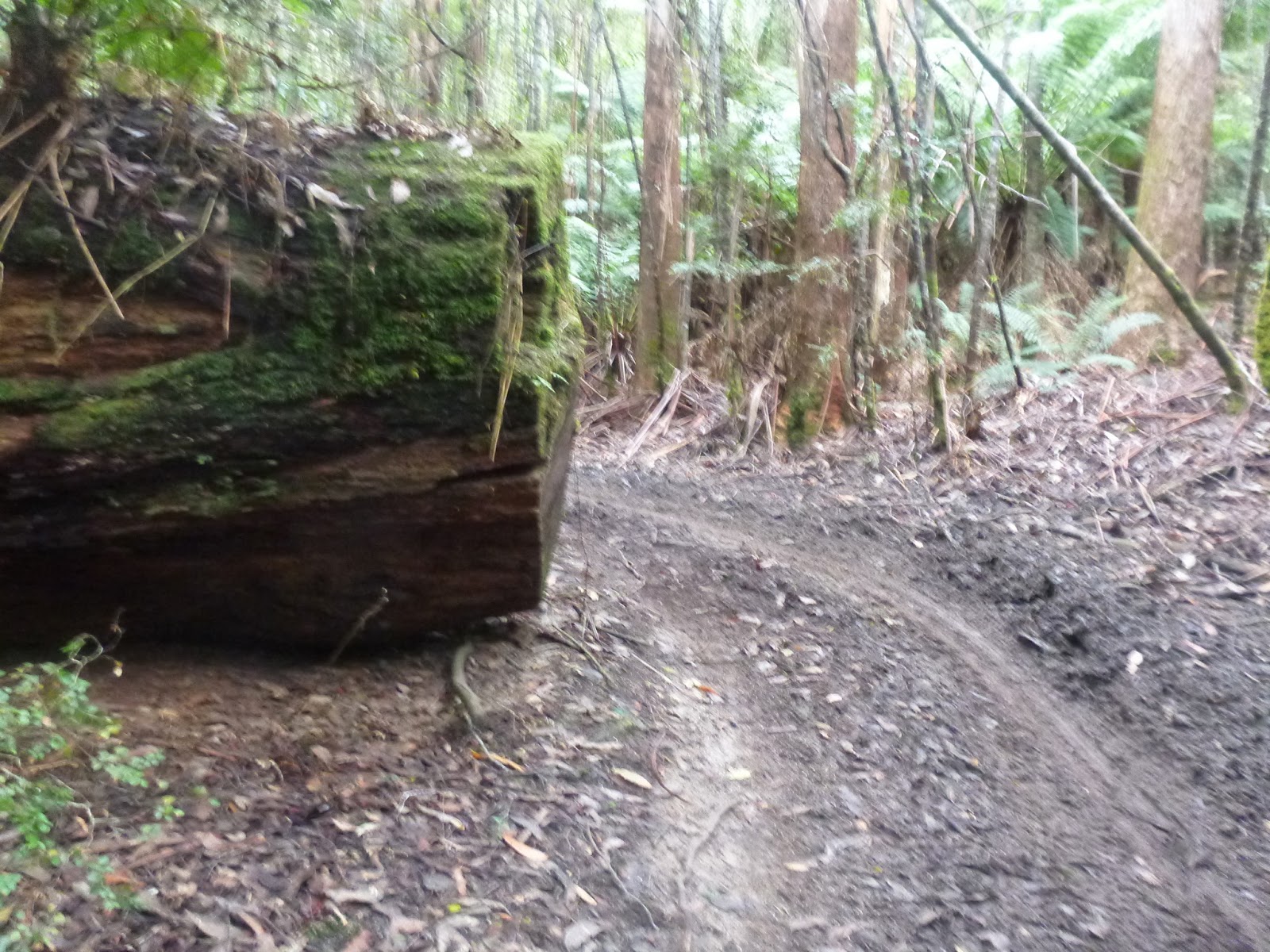 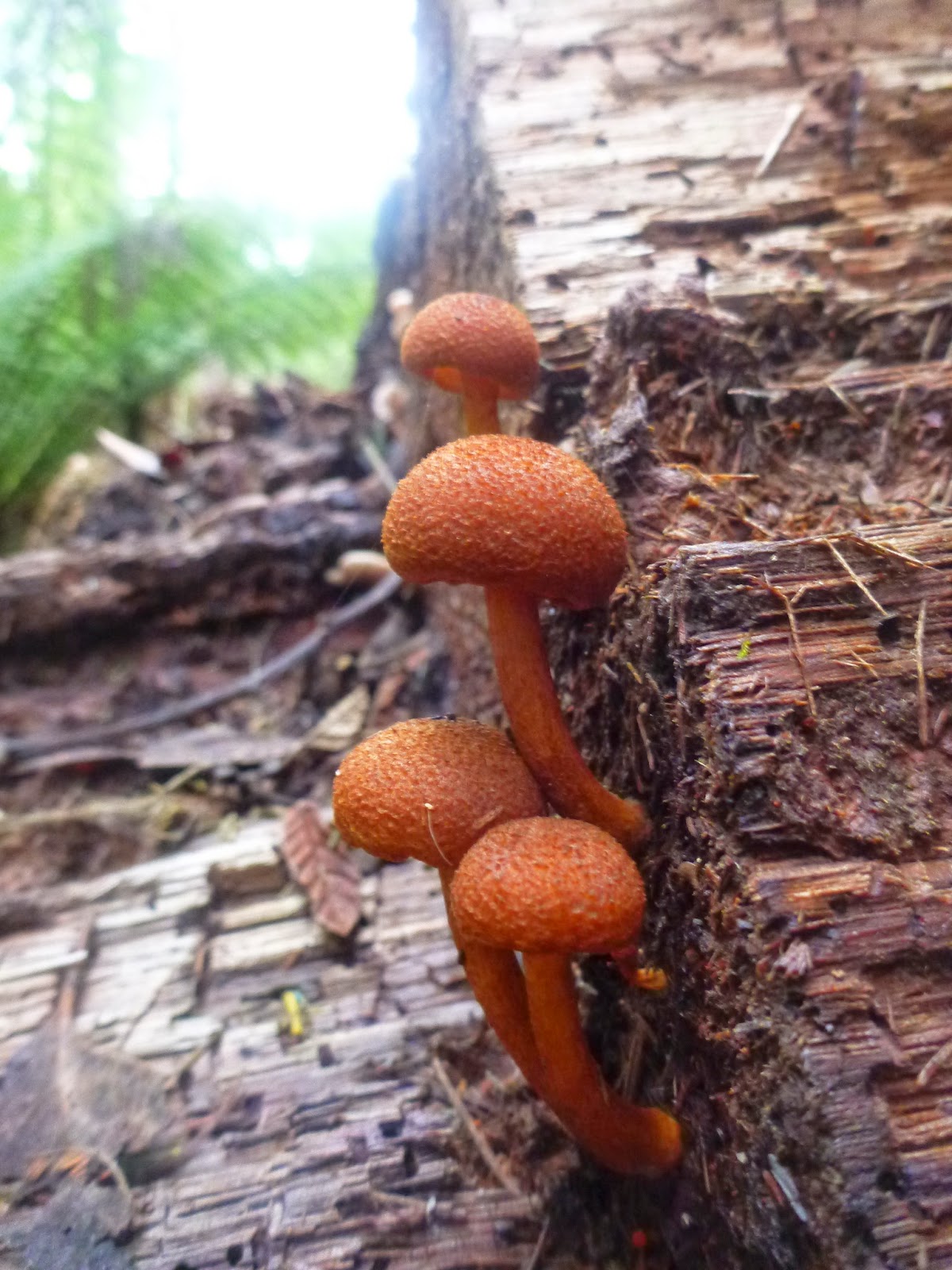 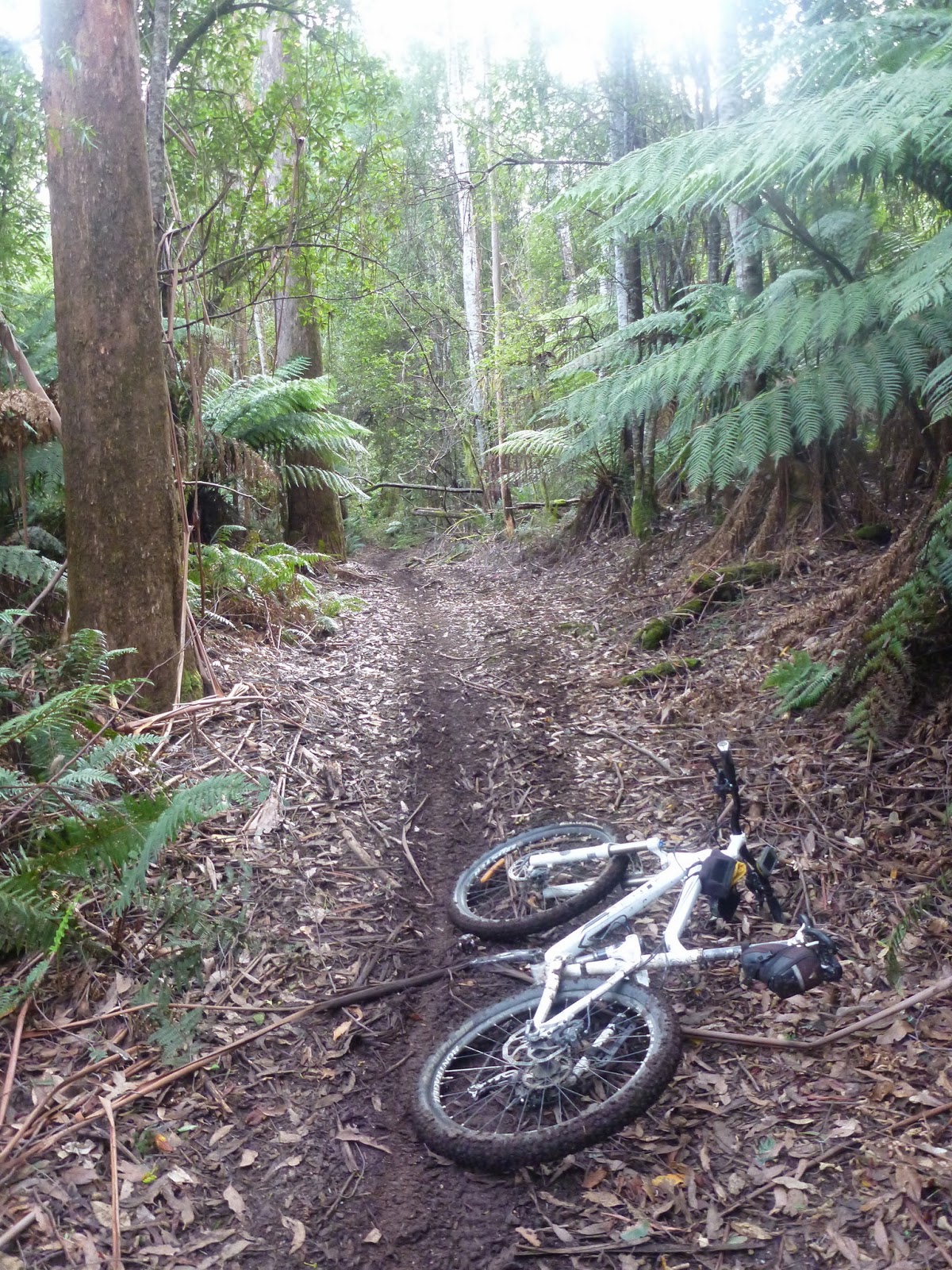 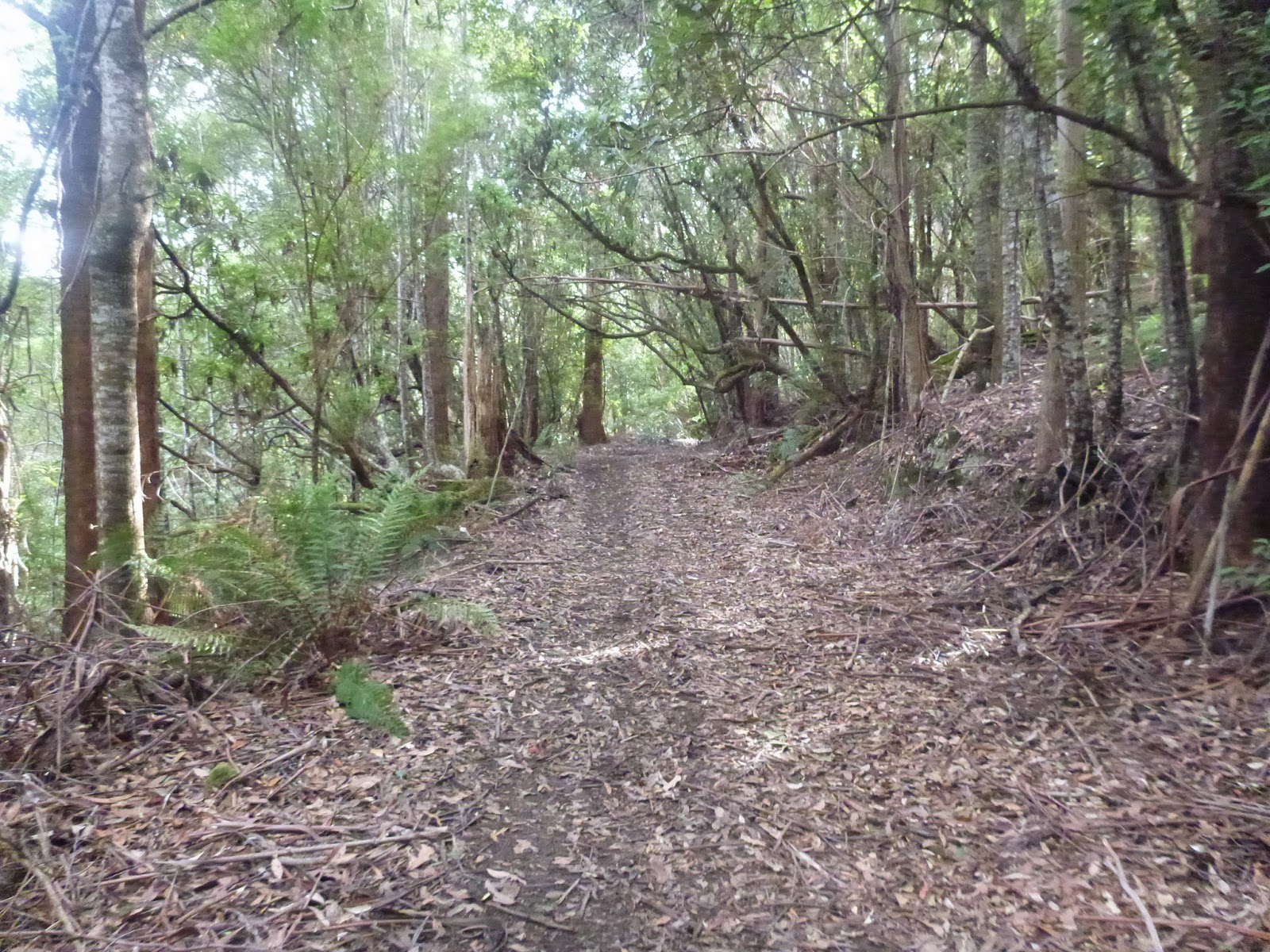 After the big climb up Fromes Road (assuming you're not coming down from the Blue Tier Descent or more sensibly have organised a car shuffle) the trail starts out fairly flat, but quickly descends down some steep muddy descents (made worse when I rode it by some motorcycle use which has left the track very rutted) but it soon enough flatten out and the majority of the ride is a wonderful mix of fast runs, small inclines and just beautiful forest and track.

You'll know you're near the end when you come to a share right hand corner and then a sharp, steep climb from hell (I'm not ashamed to say I pushed it) ... 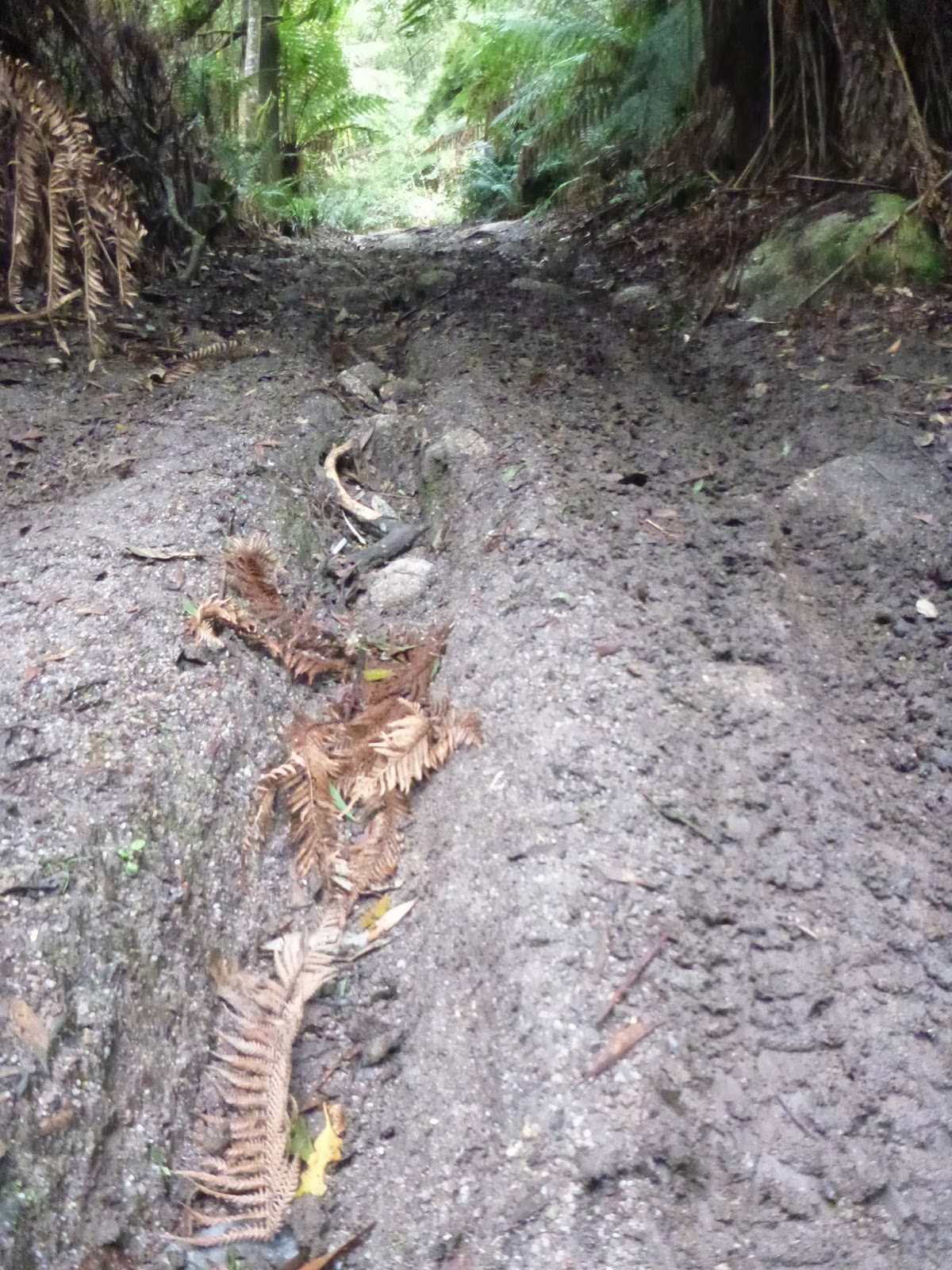 ... before emerging into a forest coupe which is still being actively harvested  ... 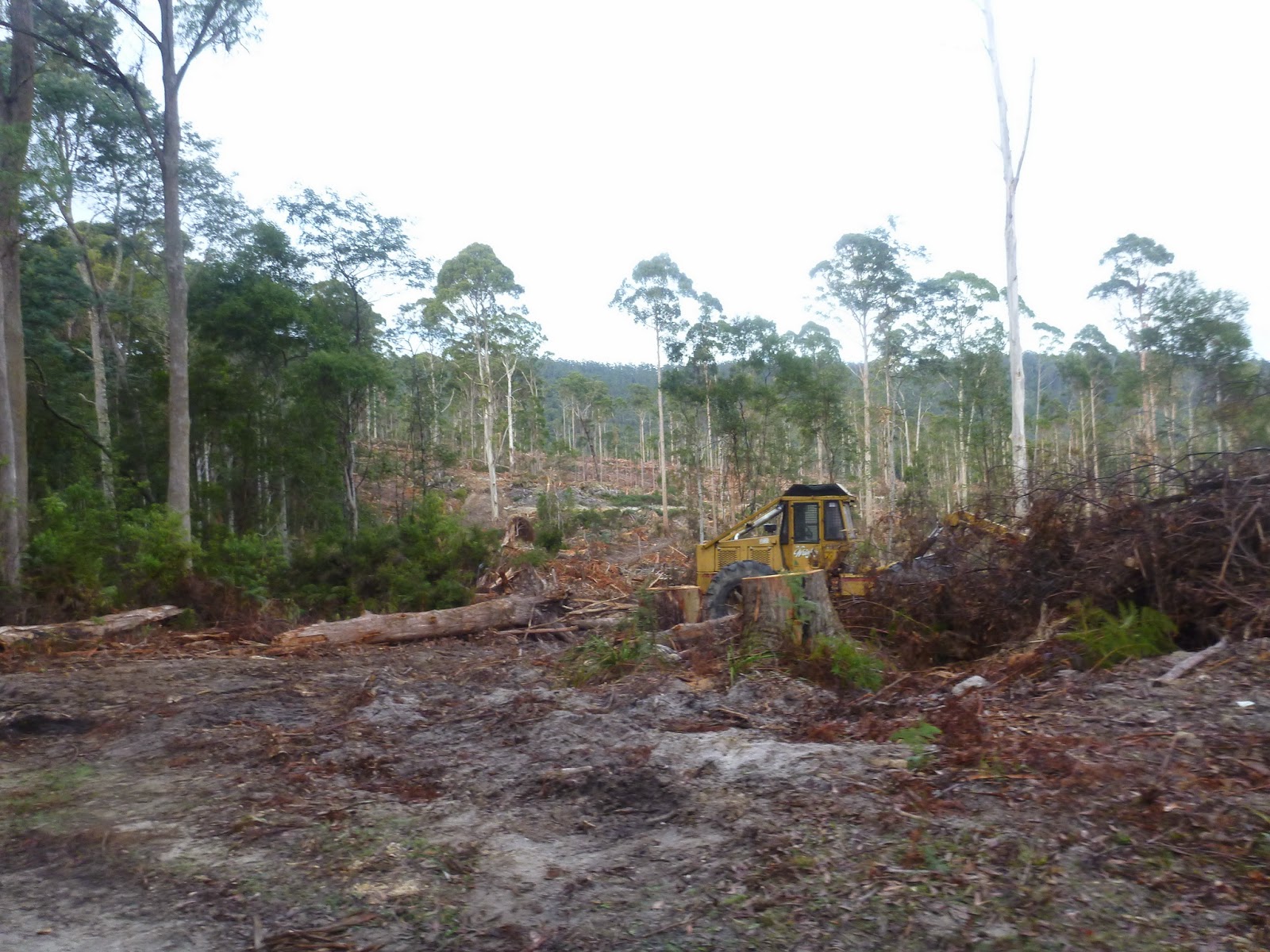 This makes the exit a little bit tricky, but if you just follow the track out into and then through the coupe it drops you out onto a rocky internal coupe road and if you turn right on this you'll quickly come back out onto Fromes Road, turn left and you're home.

I loved this track when I walked it, and I loved it more when I rode it ... so maybe I got the RC wrong ... maybe it really means "Repeat Continuously"...  at least until exhausted.

Either way, both times on this track has left me with special memories.  Third times a treat.

I've (surprisingly for me) already got around to putting this one up on tassietrails.org, so you can click here if you want to see the track notes for it.
Posted by Tassierambler at 09:00