It's been quite a few days over on this side of the screen.

I woke up on Sunday morning to find a text message from my sister saying my grandmother, the only grandparent I'd really known, had died.

I'd also woken that morning feeling slightly ill, by that night I was feeling worse, and I've subsequently spent the last three days in bed with a chest infection.

Then yesterday, my boss rang me to let me know he has been asked to take over another unit for six months - starting monday - leaving me (as the second in charge) to 'spread my wings' ... whatever that means.

Finally, today I spent the morning at my Grandmothers funeral, where I was unable to deliver the eulogy because I was too sick to speak, I also earnt our head of Department has had his job terminated as part of the process of creating the new department of state growth, and just to round it all off ... in five hours time Kim and I fly out to New Zealand for a ten day holiday.
So, yea ... just another week.

However, I only ever had one grandparent that I knew, and as she has now died I'd at least like to publish the words I had started to put on paper to say about her today ... They weren't finished as I gave up due to illness, but I hope their message comes through. 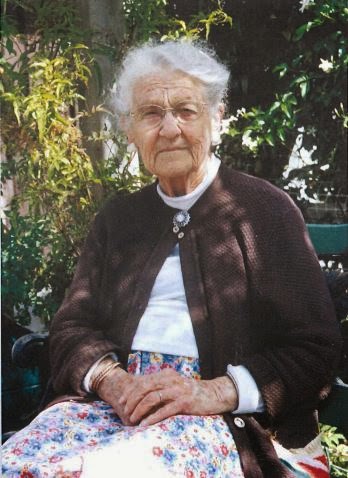 
One of my favourite sayings, even if it comes from a cheesy Tom Cruise movie, is this

“tell me not how he died, instead tell me how he lived”

That is the story I want to tell today ... how my grandmother lived.

Most vividly she is a memory of Sundays spent with my family … of lying on “the box” down in our home near Cygnet, listening to her and my mother, my sisters and my aunt just talking of life’s small things, tracing our family tree and discussing the things that families do.

She is a memory of roast dinners, plucking chickens (we used to kill, pluck and roast the chicken for Sunday lunch) and many unexpected presents after her times away.

I only really had one grandparent, so grandma was just grandma to me, but she was all the grandparents I ever needed.

I remember her wonderful foods, particularly her baboute and how she’d cook me mars bars cakes … god I loved those cakes.

But there’s still so much I really don't know about my grandmother, because whilst my aunt Sonia, my mother and my grandmother were so fascinated by tracing our family tree, for me, all of my family was sitting there in the sunroom with me in Glaziers Bay and all these other names and faces that were being talked about and examined … they were just that names and faces.

When I was asked to give this Eulogy my aunt gave me a history that Grandma had written of her early life, and although I can't write it all out in detail here, what I can recall to you is that from the moment she was born ... feet first ... to the days that age weakened the body that held her soul, she travelled the world as I still dream to do.


She grew up in Southern Africa, but during her life she criss crossed the oceans many times seeing the world and her family grow. She tells stories of my parents and aunts and uncles swimming in a pool on the side of the Zambezi river ... Until they were banned because alligators found a way in. Stories of my mother being thrown from their family vehicle as it sped around a corner in Tanzania and the door flung open, trips through the panama and suez canals, glimpses of Killimanjaro, life in Fiji, and of course her times in Britain and Australia.

One of her stories is of a Gnome she procured from a small factory in a back street in England and this tale particularly touched me as that gnome sat in my garden all through my childhood, it's origins unknown to me until just yesterday.

I’m sure one of us broke that gnome… probably either me or kathie throwing it at each other for some reason, whilst rachel was no doubt the one who would have gone and taken the blame or tried to glue it back together.  Just as I wished that I still had my grandmother, I also wish now that I still had that silly garden gnome to remind me of those wonderful times.

For me, my grandmother passed onto us all a part of her wild spirit and restlessness.  The very morning I received the news of her passing I was camping at Fortescue Bay where I’d spent the day before kayaking 8 kms offshore to round Hippoloyte rock and Kim and I were sitting around a campfire talking to friends about a planned trip back to africa just next year where we plan to climb Mt Killimanjaro … this is the legacy that has been passed down to me.

But I think her greatest legacy is my mother, my aunt sonia, my uncle mike and of course my aunt Jacqui who still resides in South Africa. These four, in so many ways different to each other, are also so very much the same … I see a window to my dear grandmother each time I see them.

My grandmother lived a great and long life. I doubted she would have wanted the last years of her life to be as they were, because from her own words I can see that she always wanted to be free. What happened to her scares me, but I know she is at peace now, and as I said in the beginning … I remember her now not in death, or the immediate years before she died, but rather I remember her for the giant she was, in soul and in spirit.

I remember her as the grandmother that danced with me when I least expected it, her dry sense of humour, and her wonderful giving.

I will remember her forever for who she was and for how she lived.

I ask that you do the same.

Vale, grandma.
Posted by Tassierambler at 13:00