Something that is really annoying is when you get home from a good ride, particularly one that is a long way away, and when looking at your route (see blue line below) you notice a little bit of track that you missed when you were there ... like this little red section of track connecting the Lorinna Road with Cethana that I was oblivious to when Oliver and I rode the Dover River Road and Lorinna Road back in January ... 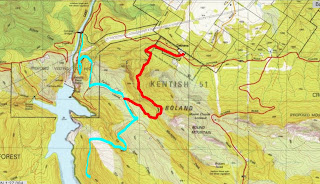 The problem with missing a short section of possibly good track like this (it was only 3kms long) was that it is never convenient to either drive back up there (3 or 4 hours) to just ride that section of track, or even to tack it onto another ride in the area, because that's time that can generally be better spent elsewhere.

It's just annoying, because there is never, ever, ever a good time to go back and ride it.

Unless and except ... you have to drive up to Forth for an Introductory Packrafting course and you find yourself with an afternoon to spare.

And it just so happens ... that's exactly the circumstance I found myself in. I was fairly immediately surprised, after ducking and weaving numerous branches and feeling like I was alone in the world, to come across what looked like an abandoned car ... 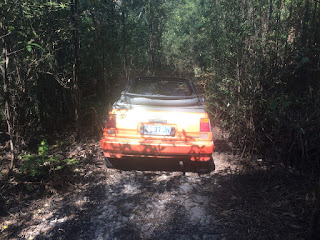 I was even more surprised when, a further 100 metres down the track, I came across the owners of the cars who were locals just out for a walk.

Soon after seeing these locals, I came to Machinery Creek (still having barely turned a pedal as it was all downhill thus far) and then after carrying the bike across the creek ... 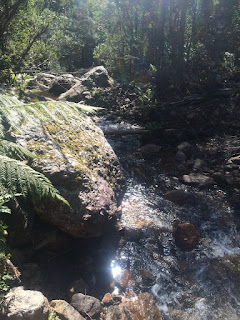 I continued on my great run downhill.  In fact this next section was quite steep (actually it's probably rather dangerous and has at least one rather concerning washout) as it goes past a waterfall, then across a bridge and then through a short muddy, but beautiful, section before coming out onto what looked like a pretty decent track ... 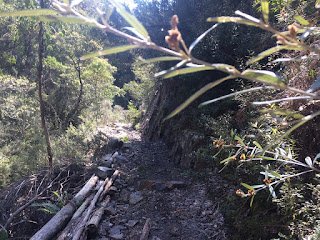 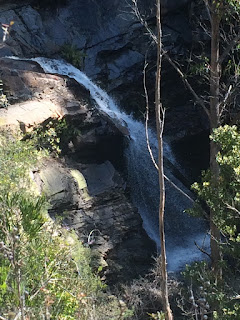 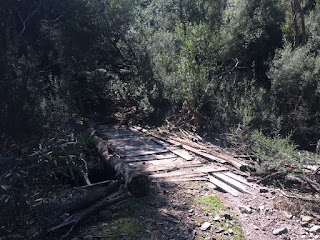 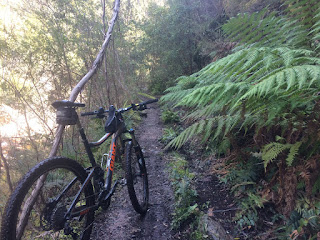 Except the track wasn't really so good, and ended up feeling like a ride up a very smooth river bed due to all the water that has been running down the track.

It wasn't long at all until I popped out behind the cafe out Cethana, and not being overly impressed with the short section of track I opted instead to ride back up the road to the Mt Claude lookout and then down Cockatoo Road to my car that way .... and that was fun. 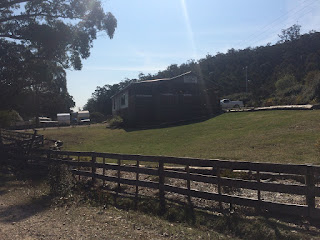 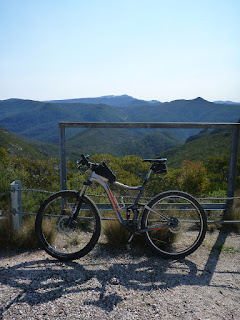 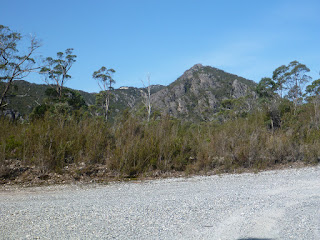 I got back to my car and found hundreds of cartridges scattered around and that was probably the highlight of this little soujourn ... 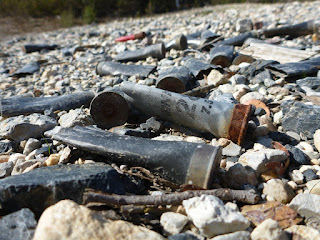 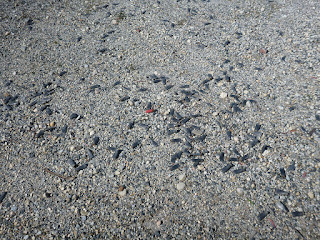 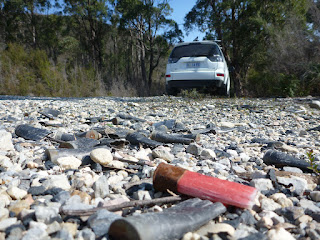 So I'm glad I did the ride as I hate not knowing if there's a good track out there somewhere, and it could potentially be a cool little connection, if for example you wanted to do a loop from Cethana down to Lorrina and then back again via the road ... but I wouldn't go there just to ride it for its own sake.
Posted by Tassierambler at 15:00