It's been awhile (again)

So, it's been awhile (again) and that reflects what is perhaps a loss of excitement I now hold towards blogging in a world where I seemed chained to a computer six and a half days a week keeping up with work and other obligations I've taken on because they seemed fun at the time.

But hey, I'm here typing now, so rather than complain, let me bring you up to date on a few things I left hanging ...

Do you remember that Uni thesis I blogged about back in February?  The one where I essentially researched and wrote a 10,000 word post-graduate thesis in a single day and promised myself, I would never, ever, ever do something like that again if only the gods allowed me to pass .. 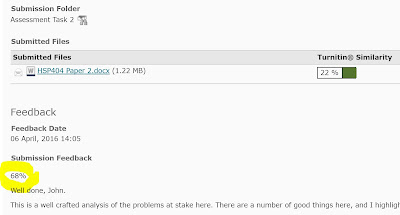 In fact I got 68%, which means I can now add a Graduate Certificate (Public Sector Leadership and Management) to my C.V.

But that's only the beginning of the story ...

At about the same time that I completed this assignment, the State Government released their "Agenda 2016" plan of work for the next year which included the preparation of a Draft Cycle Tourism Strategy.

That may not excite you, but writing something like that is a dream job for me.

I so wanted to be involved, so I set off to find out who was doing it (with my assignment under my arm as evidence of my knowledge in this area) to see if I could be involved somehow ...

The story from there is a bit boring and convoluted, but the end result is that part of the reason why this blog and tassietrails.org are looking a bit unloved at the moment is because I may have gotten my wish ... and am now a little bit involved.

So there you go ... that was a day well spent doing that assignment.

Oh ... I should also mention that in a true demonstration of how little I learn from these experiences, I've gone and enrolled myself in yet another four day post-grad short course (this time in public transport planning).   Hey, it seemed like a good idea at the time, but god help them if they start talking about pre and post course assignments.

Remember my broken Trek 520 that I wrote about back in January?

The one where I was attempting to get a replacement for my thirteen year old frame under Trek's lifetime frame warranty after it snapped on a ride into work   ...

Well, it was a bit of a palaver having to strip everything off the frame, but kudos to Trek, they honored their warranty and I have a new bike.

Well actually, I have a new bike frame ... 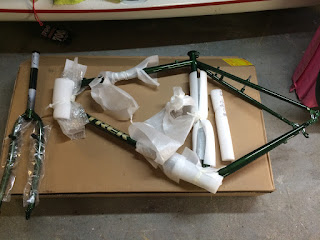 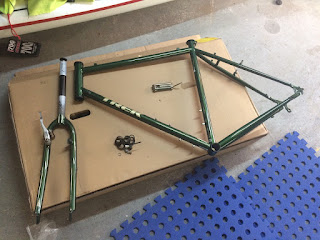 ... and I have a lot of old parts which I'll probably never get around to putting back on this new frame. 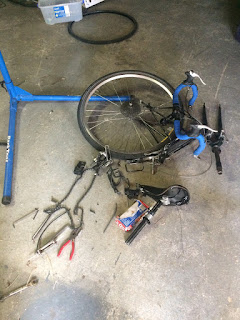 I did get a price for a new groupset for the bike, but the price came in at $1,150, plus around $150 to put the bike back together.  So $1,300 all up.  Given that I can buy a brand new carbon bike with a 105 groupset for around $1,500 at the moment, that just seems a little expensive to me and so it's all been bundled away into a part of the garage I seldom enter to gather dust.

For those of you who follow my tassietrails facebook page, you'll know that I had my road bike stolen back in April which was kind of upsetting. 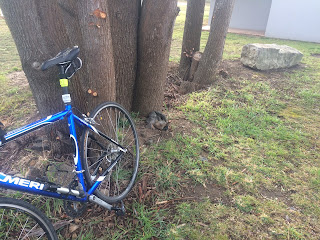 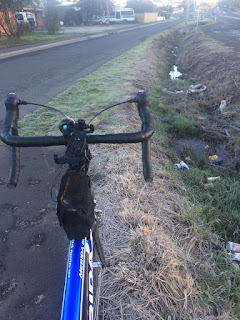 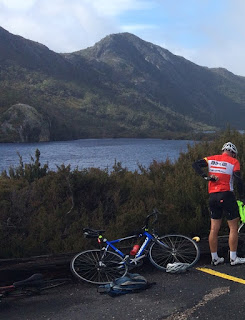 So I didn't let that happen.  I wished the thief all the best with his/her new bike and then embraced the opportunity I had to buy a new bike without having to increase my 'N' quota and more importantly getting too close to that S-1 barrier (if you have no idea what I'm talking about read rule 12 here.

A few days of shopping later, I was the proud owner of a new gravel grinder ... 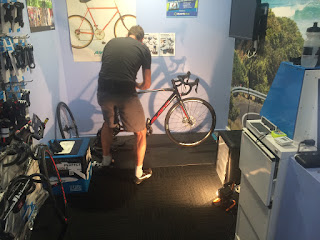 I even went and got a professional bike fit down ... 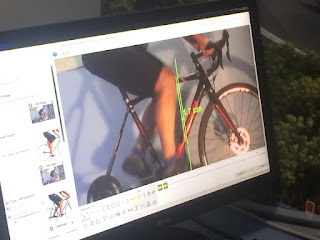 Which turned out to be a complete waste of time because after having my seat and handlebar height and angles tweaked by half a millimetre here and a full millimetre there, after a few days of riding I ended up lifting the seat about 2 to 3 centimetres higher than the bike fit had set it ...

A story, by the by, that every other cyclist I've talked to has also done.

But after a bit of adjustment, I'm loving the new bike.

Remember the 100km per week challenge I set myself this year.

Well with the combination of my bike theft, needing to pick up and drop off kids before and after school and work travel commitments reducing my cycling commuting opportunities, and to top it all off, some very painful periods of gout which have prevented me from putting on cycling shoes ... well there is a big (and growing) gap between where I am and where I'm meant to be ... 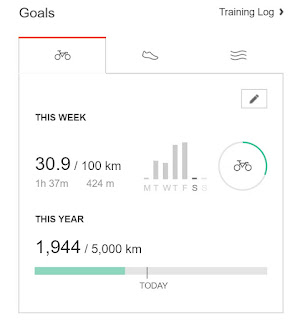 Or not.
Posted by Tassierambler at 09:03