So, we'd had this trip to Mt Hotham booked for months, and we weren't going to let a little thing like me potentially having the Flu get in the way of our holiday (see previous post). 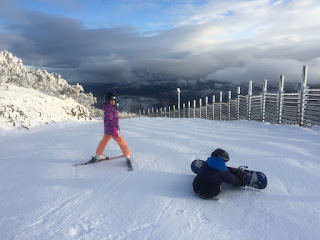 Yep, it didn't matter how bad I felt, we rationalised that as we didn't have the test results back from the doctor, it wasn't definitive that I had the flu and I might in fact recover after a day or two ... so we were going to Hotham.

Sensible precautions were however put in place to ensure that any potential illness I might have was not spread to the rest of 'us' ... namely I was allowed to be part of the trip, but only from a safe distance ...

I was also relegated to sleep by myself in the 'kids' room on our first night away, and although I don't have any photos to prove it, Kim actually bought surgical face masks for her and the kids to wear in the car.

The other interesting thing about this holiday is that we almost had to bribe the kids to come.

What is wrong with kids nowadays?  Back in my days if my parents suggested we should take three days off school and go to the ski fields, I would have been sitting in the car saying "let's go" before they'd gotten to the end of the sentence, but not this generation ...

We couldn't leave Hobart until around 1.30pm, because there was no way that they could skip their Saturday soccer, and even then we had to bribe them with extra activities to entice them that this was going to be fun ..

For Marcus this was a visit to the Essendon DFO (what can I say, the boy likes to shop) and a skate park ... 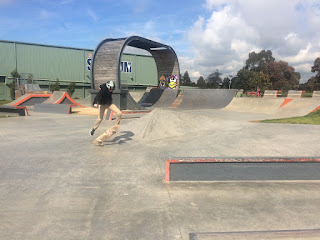 For Zara it was a side trip to Airborn Trampoline world ... 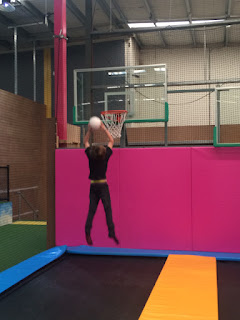 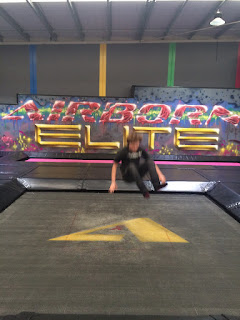 Although for some reason I only seem to have photos of Marcus.

And, finally, for Kim it was a promise that she could cross dog sledding off her bucket list ... 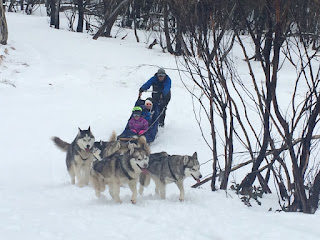 But these little side trips got us to where I (I mean 'we') wanted to be ... Mt Hotham. 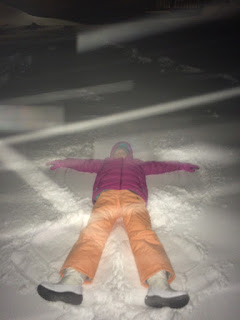 But once we got there the experience was pretty mixed ...

Zara took to skiing like a duck to water ... 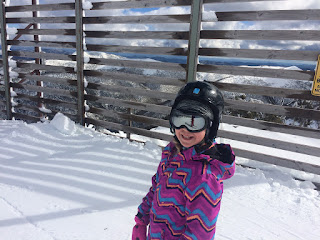 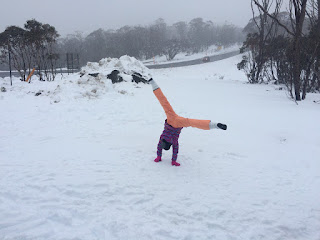 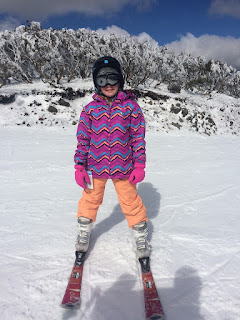 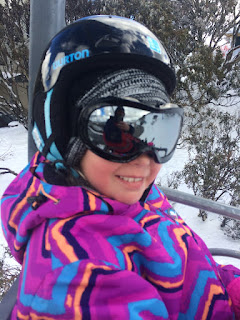 Marcus also took to snowboarding like a duck to water (well maybe a slightly bruised and occasionally cranky duck) ... 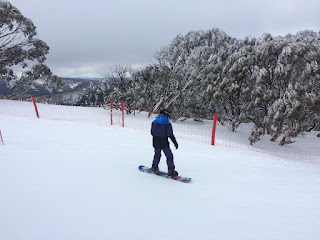 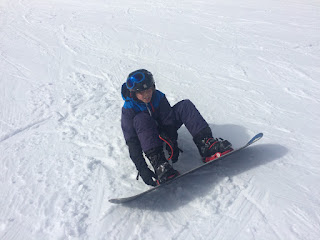 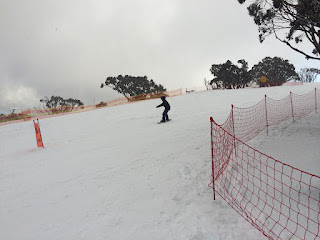 What should I say about Kim?!?

Have you ever been in the situation where you're booking a family holiday having been enticed in by one of those "and the whole family can ski for as little as $999*" deals, but then as you've booked the flights, and the accommodation, and the hire car and then bought and hired all the ski gear required and lift passes, you realised that the Asterix next to the $999 means "if you come in summer and sleep in your car"?

So, with all these costs skyrocketing out of control, I came to the point where I was booking our ski hire and lessons and although I didn't blink twice at the extra cost of sending Zara and Marcus off on ski lessons (they obviously would need it) I figured "I can teach Kim how to ski and we'll save ourselves $140". Woo hoo, she'll thank me for that.

And so I didn't book Kim any lessons.

I think that's what every logical, caring, compassionate boyfriend would do, right?  I mean it was a chance for us to spend some quality time together and save money. 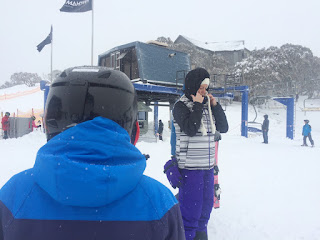 It was a disaster.

I'm not a good teacher.

I'm a particularly bad teacher when I am sick with the flu, I have a raspy, sore voice, and I really, really want to go skiing.

But in my defense, Kim isn't a good student, what with all her "I'm not going to throw myself down some slope until you show me how I can slow myself down" nonsense.

So our skiing101 classes were a miserable failure, and  Kim switched to snowboarding for the afternoon ... wherein she carried her board up the hill a bit, fell over soon after standing up (as you do) almost wrenching her knee and that was pretty close to the end of Kim's time on the snow as she became concerned about destroying her knee in the run up to the Auckland Marathon later this year.

I, meanwhile, was out carving up the snow in my early 1990's (bright red) one piece ski suit like Austin Powers ... 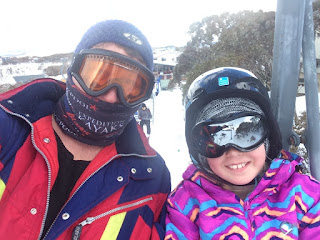 Those green slops didn't know what hit them!

Truth is, while I got out and did some blue runs on the second morning by myself, I soon found that the combination of exertion and cold wind threw me into coughing fits, so I basically spent the time following the kids down the green slopes filming them on my iPhone ... which was actually really fun.

Despite my flu (I was finally diagnosed with the flu two days after we got back and then I was sent home by my doctor to rest.  I also lost my voice for  an entire week after the trip) and the fact that Kim didn't get much on-snow time, it was still a brilliant trip.

There's even been conversations of going skiing again next year ...