It's my (almost perfect) birthday ...

I had an almost perfect birthday today.

I went to work (I did say almost perfect) and I got to spend the morning doing a bit of work on the west coast mountain bike project, which for me is as good as my work can get (being paid to think about mountain biking trails).

Then, just as that was finishing, I got a call from my doctor saying that my tests had come back and I did have the Flu.  He also saif that it should only take four to six weeks to get over, and that I should go home ... so I did (but not for four to six weeks - again almost perfect).

I dropped by Kim's office on the way to my desk to tell her I had the Flu and was going home when she told me (blubbering in tears she was so distraught) that she'd had a disaster ... she'd been out and bought me a lovely pair of running shoes for my birthday ... 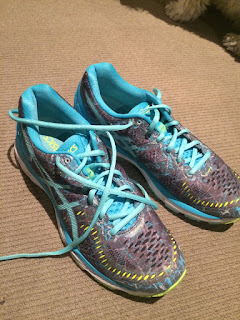 But unfortunately she then realised when she got back to work that they were a bit too small for me which was tragic as they were really, really good shoes ...

Then, just as tears started coming to my eyes as well, she went to put them on to show me just how small they were and we discovered that they actually fit her feet perfectly ... I mean how lucky was that!!!! 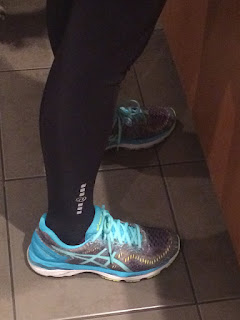 I would of been devastated if we'd had to return them and get another pair instead.

Then we got to my serious presents, first there was the chook ... 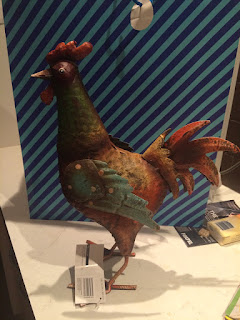 Which was just what we needed to put over the grave of our dead chook ... how perfect is that!

Kim also got me another solar powered pot plant for my desk (because she knows how much I love plastic moving pot plants).  This was another particularly thoughtful present as the previous three pot plants she'd bought me had all got accidentally pushed off my desk and broken.

Unfortunately, and tragically, I must report that before I could even get this pot plant into work, Boo (our cat) knocked it off the table and broke it. 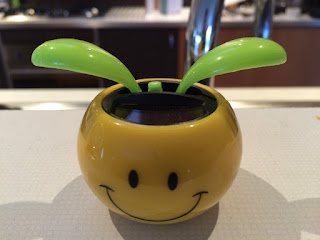 I feel so devastated - I must have left it too close to the edge of the table.

It would have been perfect.

I did get some other crappy presents - the birthday present equivalent  of stocking fillers - an airshot tubeless inflation system which I guess I might be able to find a use for ... 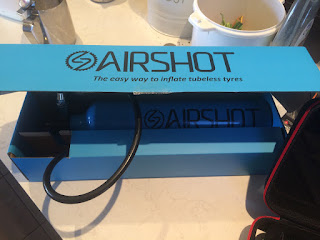 And an Exposure Diablo light ... 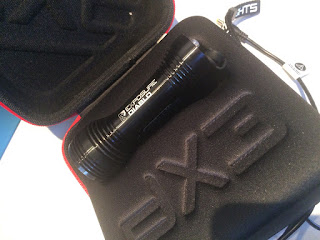 Which I have proudly attached to my Dahon folding bike thereby almost doubling its value ... 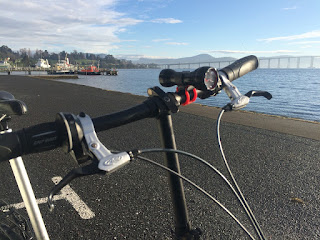 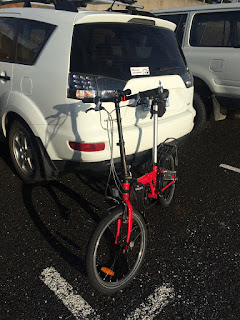 I also opted for a night in with the kids and pups (and my favourite Indian) which all in all (especially with the Flu and how I was feeling) made for an almost perfect birthday.
Posted by Tassierambler at 18:21