So back when I bought my Scott Genius mountain bike in march, I was cruising around AvantiPlus's website (like you do) and I saw they had a pair of $120 Scott knicks (shorts) on special for half price, and I thought to myself "bargain - I could do with a spare pair of knicks for New Zealand!" 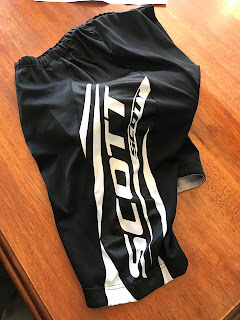 And so I ordered them.

But they didn't arrive in time for the grand depart to New Zealand, so I only got to wear them when I got back to Tassie.

I wore them a couple of times on my commute into work, racking up a measly 20kms in saddle time, before I put them on for the ride up to Pillans Lake.

Now what I didn't write about in the blog post is that about an hour into that ride, as I set off from one of my many stops, my brand spanking nicks caught on the front of the seat and the seat just went straight through them like butter ... 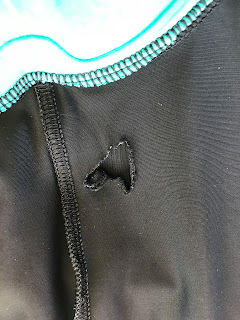 Now I don't know about you, but I reckon that a pair of $120 knicks should be constructed with material that can withstand being caught on a seat.  That seems to be a reasonable and foreseeable risk for cycling knicks.

On further inspection I realised that the way the padding is sewn into the shorts sort of leads to them jutting out at the back and create a natural catch point ... 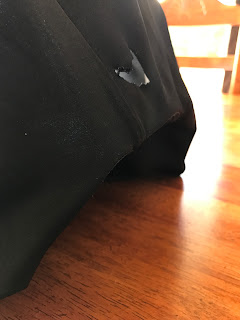 So I wrote to the shop I bought it from (Sheppard Cycles) and explained how, after two short rides, the nicks had caught on the seat and ripped and how I wanted my money back.

And they didn't respond for a week, so I wrote again, and this time they did respond saying:

"This is not a warranty issue as the sorts have unfortunately been snagged on something that has torn through the fabric.

As a goodwill gesture we are more than happy to send you a brand new pair if you could please provide me with the model and size of the shorts."

Now this was nice of them, but I explained that I didn't want another pair of dodgy shorts, I just wanted my money back.

But, they didn't respond again.

So I did what any reasonable person would.

I decided to make a point and I went to wiggle and chain reaction and pushys and bought a pile of knicks from various companies, all of which were less than the 'discounted' price of the Scotts Knicks and proceeded to see if it was a reasonable expectation that knicks should tear if caught on a mountain bike seat. 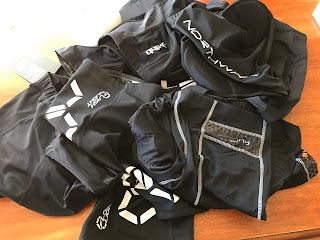 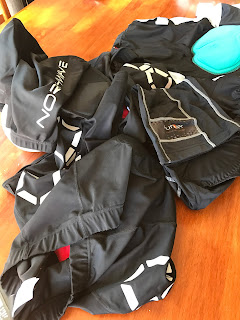 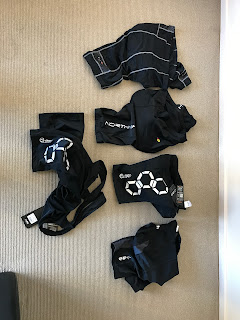 Yea, I know, that's what you'd all do as well right?

And so far (two weeks in) I can report that the two pairs of nicks that I have tried have (miraculously) withstood the rigours of sliding on and off my bike seat without ripping.

But then something happened which has delayed the trial... something I'll write about soon.

In the meantime, can I recommend not buying Scott Nicks