Strange but true. ...I took Kim for a ride along some remote and beautiful tracks down past Maydena today ... 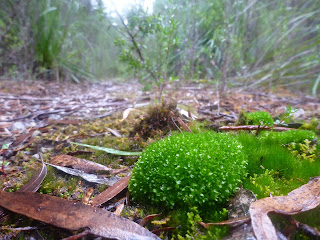 Nope, just 10kms into our my proposed 40km circuit, she was complaining that the track was too "overgrown" and "scratchy" ... and that she didn't think that having three leeches hanging off each foot was a natural experience comparable to her hot baths in Rotorua. 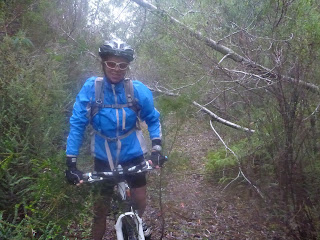 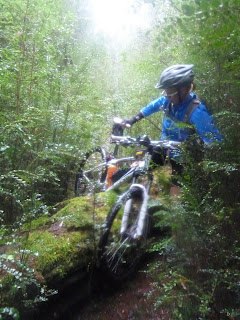 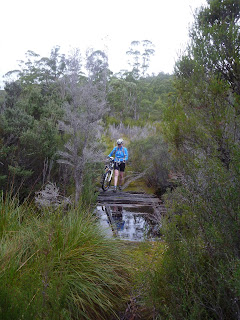 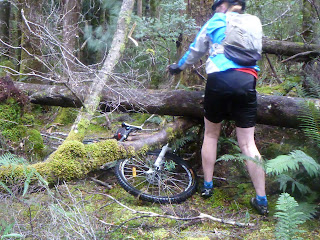 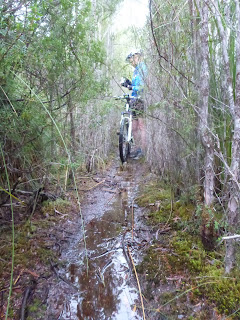 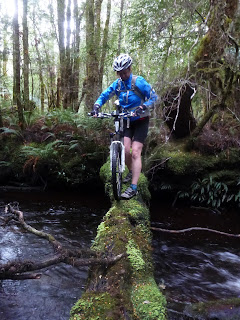 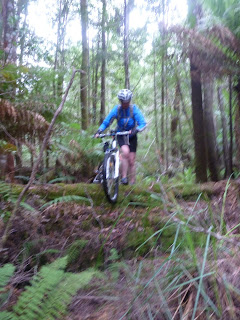 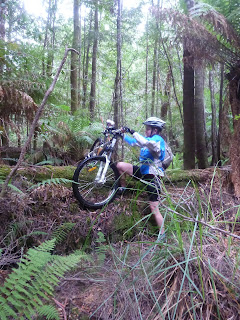 Admittedly we probably pushed, pulled and carried our bikes for at least half of that distance (OKa lot more than half) and we did only average just over 3kms an hour for the whole trip ... but it was magnificent. 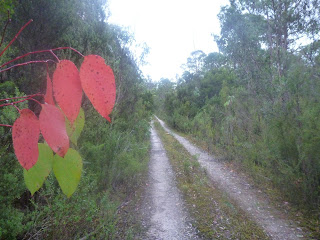 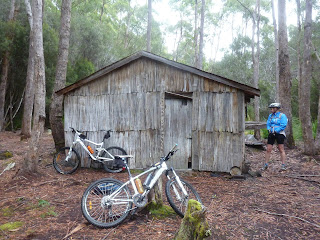 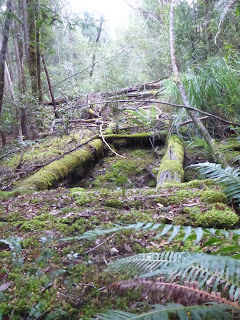 I just don't get it - I think Kim's getting soft.  Soon she'll be asking that we only ride groomed trails ... sigh.