Playing with the Penguins ...

The advantage of knowing that the only thing you're racing for the next day is to get to the finish line is that it means you don't have to do any of that tapering stuff ... 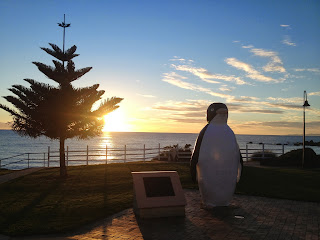 That's why I was up with the sun (admittedly not hard the day after the winter solstice) and soon found myself heading off to the Penguin MTB Park to see what the trail fairies had been up to since last time I'd come to play. 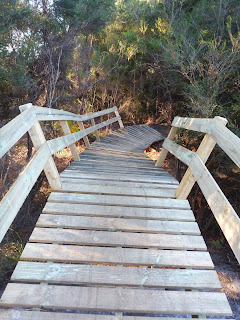 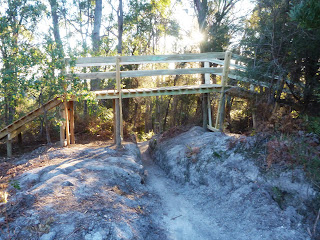 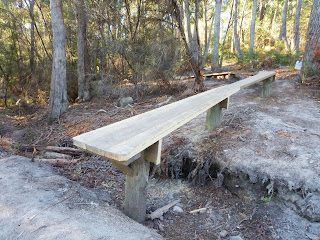 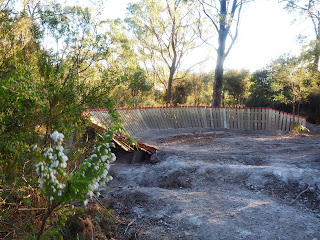 I even had a go at some of them and was pretty pumped by the time I'd got around the circuit.  To think this was only the warm up for my day.

You see, I'd prayed to the Google Gods to reveal to me "mountain bike trails dial range" whilst at my hotel last night and they delivered to me the management plan for the Dial Range  wherein I discovered that there's a whole load of tracks up there (at this point I hadn't yet made the connection with the  Cranky Penguin MTB Marathon which is being held around there somewhere, so I thought I was pretty darn clever finding these trails) and so with this new knowledge, and after my play in the park, I kept heading up Ironcliffe Road to see what I would see ... 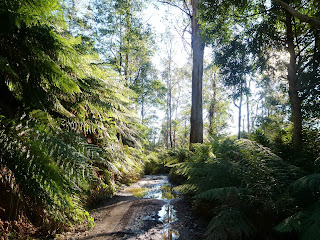 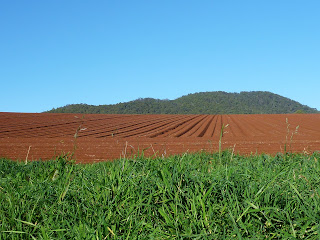 Oh, and what I found was potential.  Sure, I only got on the bike a couple of time to have a bit of an explore, and I may have driven way too far along Hales Road for my pretend four wheel drive leading to a few nervous (and scratchy) moments, but I still managed to get out of there and back to Ulverstone (by a long loop around the Dial range) in time for a late lunch.

Three rides down, a desire already to come back, and only just lunch time.  Definitely a good day.

I decided that next on the mountain biking menu would be a bit of a side treat out at Wilmot, and a course I found on Strava for the recent 2 hour enduro.

It was a bit of a challenge getting to the start of the track (including a short slide across some black ice), but once I did ... well, to be honest, it was even more of a struggle to follow the track, but kind of worth it just for the views. 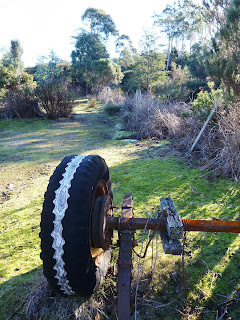 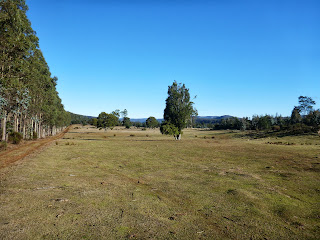 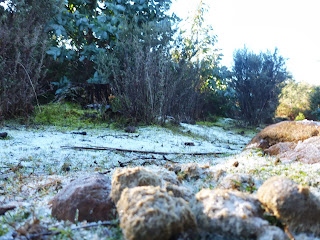 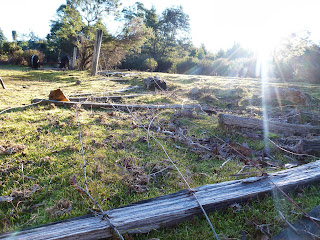 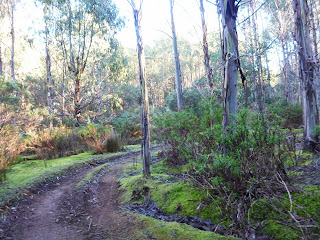 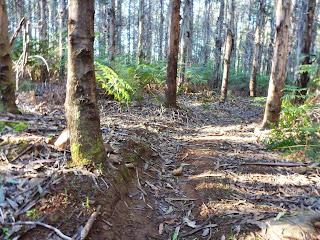 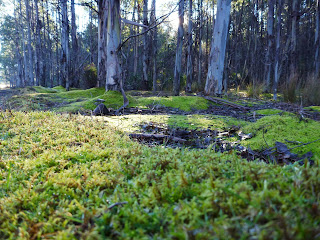 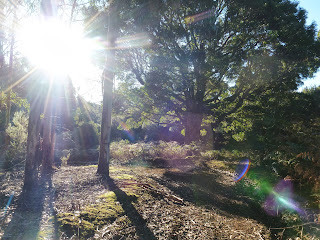 Did I mention that the ground (and the dams) were still frozen solid up this way? 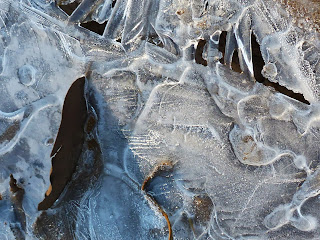 This kind of riding was probably something only I'd enjoy as it was a very slow loop where I had to keep stopping to go in search of enough bars of phone signal to see where about on (or off) the strava route I was.

Furthermore, having looked into this a bit more since I got back home, it looks like that entire course is on private property, so take home message kiddies ... come here on a CCMBC race day when it's probably legal to do so (or if not, at least you will probably have some of those tough trail angels to look after you).

By the time I'd got off the bike it was nearly 4pm, and on the second shortest day of the year that meant the dark time was coming (and the zombies).

I did however have enough time for a detour off to find the downhill trails at Paloona, and strangely enough as I'm not a good downhill rider, I decided to walk some of them as I watched the sun head down ... 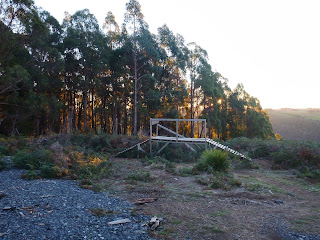 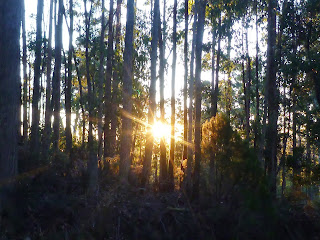 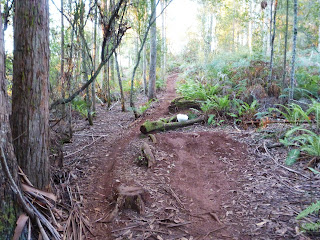 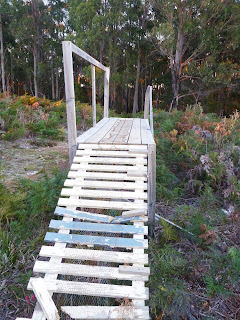 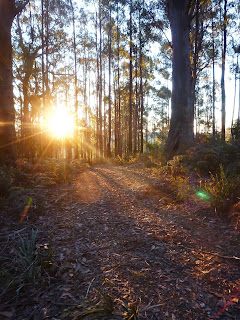 Five trails in one day ... that's a good day in any cyclists books, and I went to bed congratulating myself on how clever I was ... if only I'd known what tomorrow was to bring, I may have been thinking something else.

Specifically ... there's a reason why everyone else tapers, and probably more importantly a reason that they train ... but that's tomorrow's story.
Posted by Tassierambler at 20:35