Last night I was at the bar picking up a round of drinks for my table when Mark Sundin of Expedition Kayaks wandered up and said hello.

Not wanting to miss an opportunity, I asked him if there was any chance of taking one of his demo boats out for a paddle tomorrow, unashamedly alluding to the fact that I was thinking of buying another 'more stable' boat for longer tours as a bit of sweetener to getting myself into one of his boats ...

I have to give it to him as a salesman, because here I was basically opening my wallet to him and his response was (and I think I've got this close enough to put it in quotes ...) "or you could just learn to paddle what you've got properly."

This was strange as I didn't remember ordering any humble pie to go with my round of beers.

At that moment little was I to know that today I was to achieve a glimpse into a heretofore unknown world of paddling ... a world where people could paddle their boats, how did Mark put it ... properly. 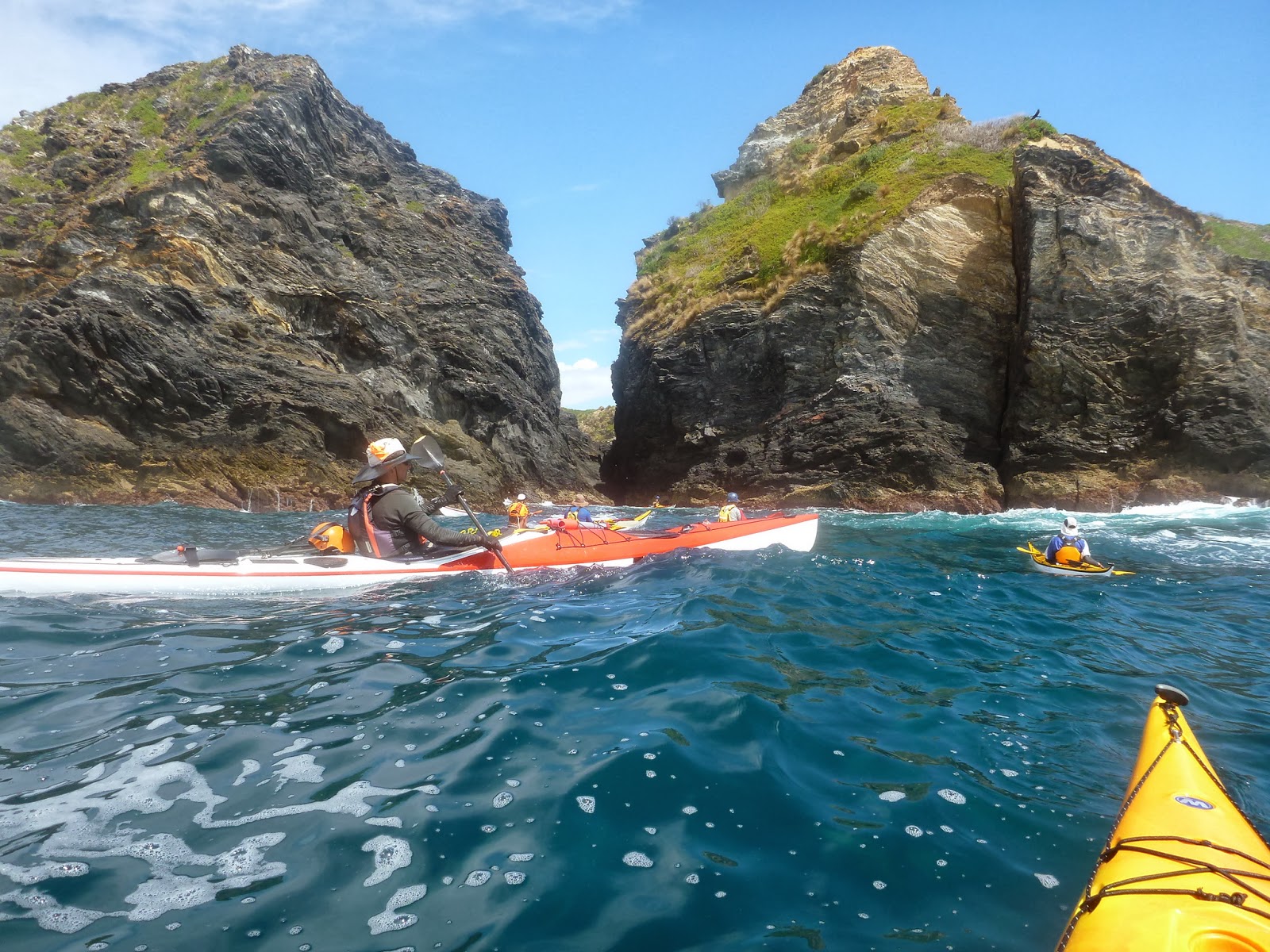 Not wanting to repeat yesterday's mistake at this mornings briefing, I paid much closer attention to where the trip leaders was standing when they went through the morning roll call of available trips and quickly locked onto a trip that was going out to the Tollgate Islands via Black Rock and I inched my way over towards the leader waiting to be the first person to get my name on his clipboard when he opened for registrations.

We introverts may be shy, but we're also crafty.

As soon as the "go get on a trip" bell was sounded, I pounced on the trip leader ready to sign on the dotted line ... only to find he already had a full trip before registrations even opened ...

Just as I prepared myself to flee into the introverts sanctum (ie. the nearest toilet) I was saved by the arrival of Rob Mercer with an extra assistant trip leader he had found for the trip, and after I promised that yes I could keep up a fast pace ... I was on the trip (fortunately he didn't say this had to be in a straight line because I was in a heavy plastic skeg boat with a short shafted Euro blade) .

What I didn't know at that point in time was that while I thought I'd signed up for a nice, albeit fast paced, scenic trip around the bay and Islands, what I had actually signed up for was a trip with a bunch of paddlers that would probably find tornado chasing and stuffing hot chilies on their eyeballs just a wee bit boring.

In short it was one of those trips where there were "all of them" ...

Seriously ... these guys headed for every rock, chute and wave in sight, and if there wasn't anything challenging to entertain them, well they'd just randomly roll their kayaks one way and then the next like seals playing in the water.

This is the sort of thing these guys get up to for fun and to develop their skills (these were taken later in the day at a kayaking demo)  ...

Yea, I was way out of my league, but it was fantastic and amazing to watch where these guys would go and how well they could paddle ... and two of them were in Pace 17's ... so no excuses for me.

The good news was that they were really good about my wanting to sit out a bit (although I did go in some of the less challenging areas that I would normally avoid) and they were quite happy to have me do my own thing and basically float around and take photos while they went and played.

If you haven't been to the Tollgate Islands, it really is a beautiful place ... 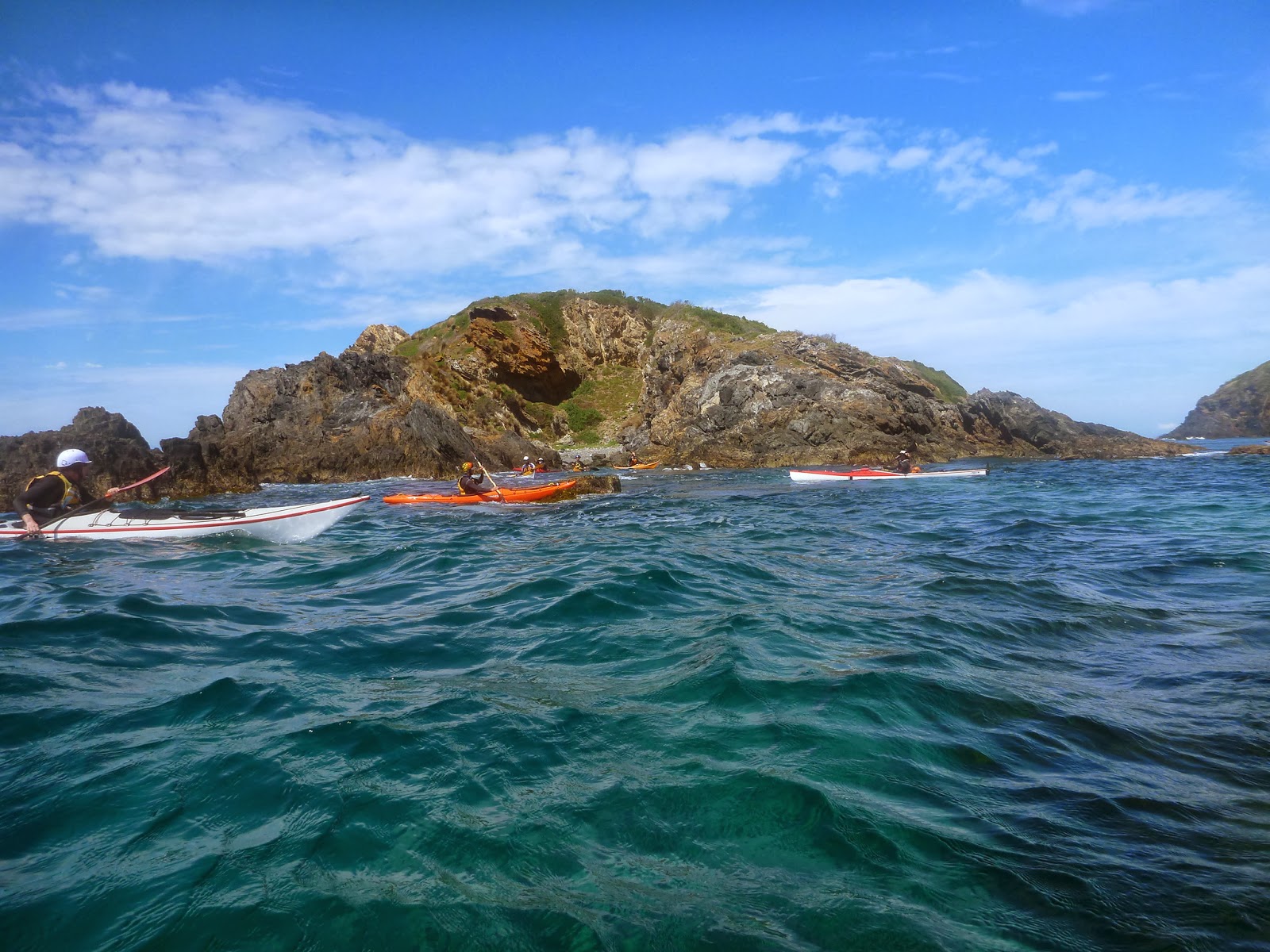 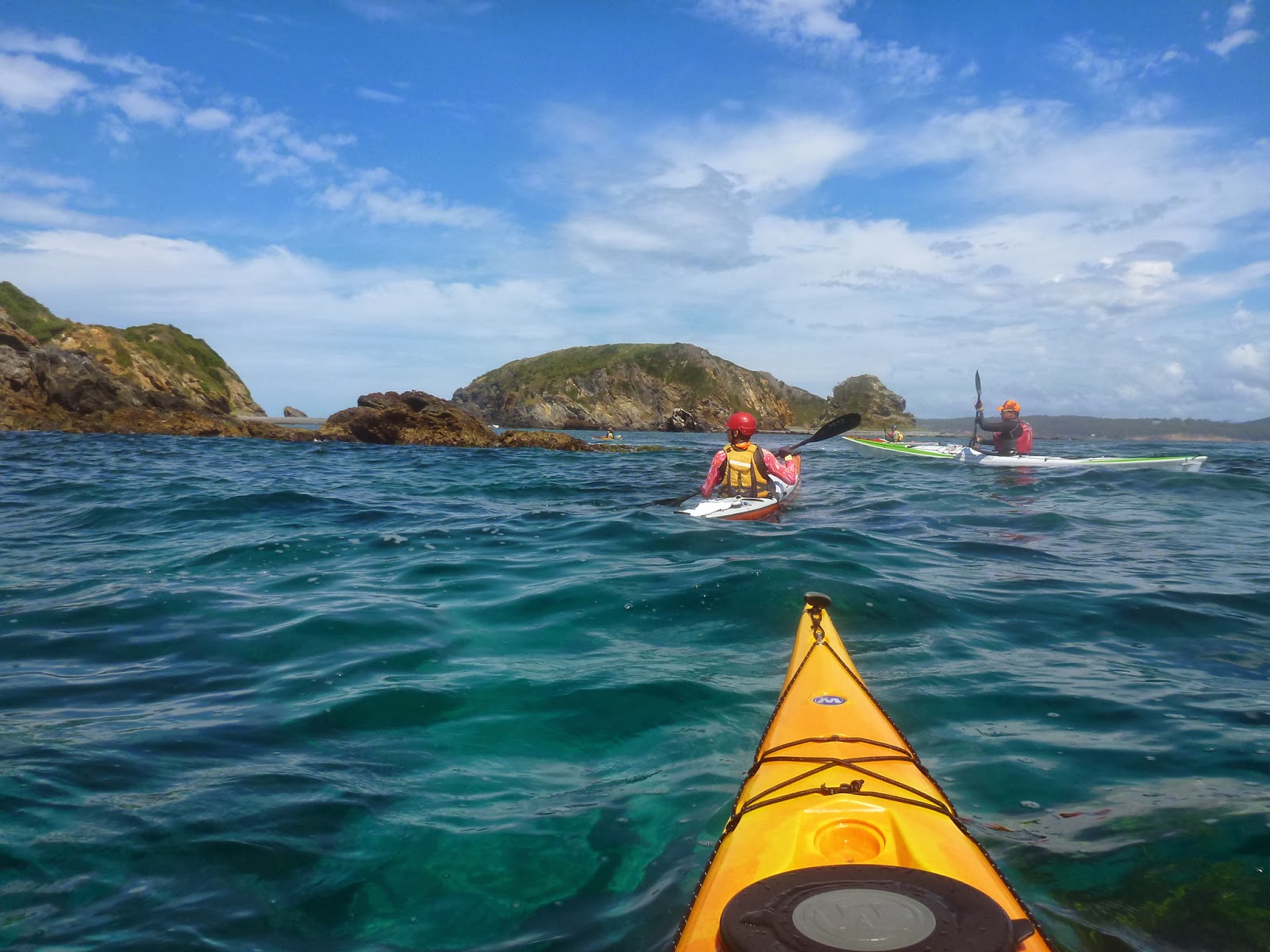 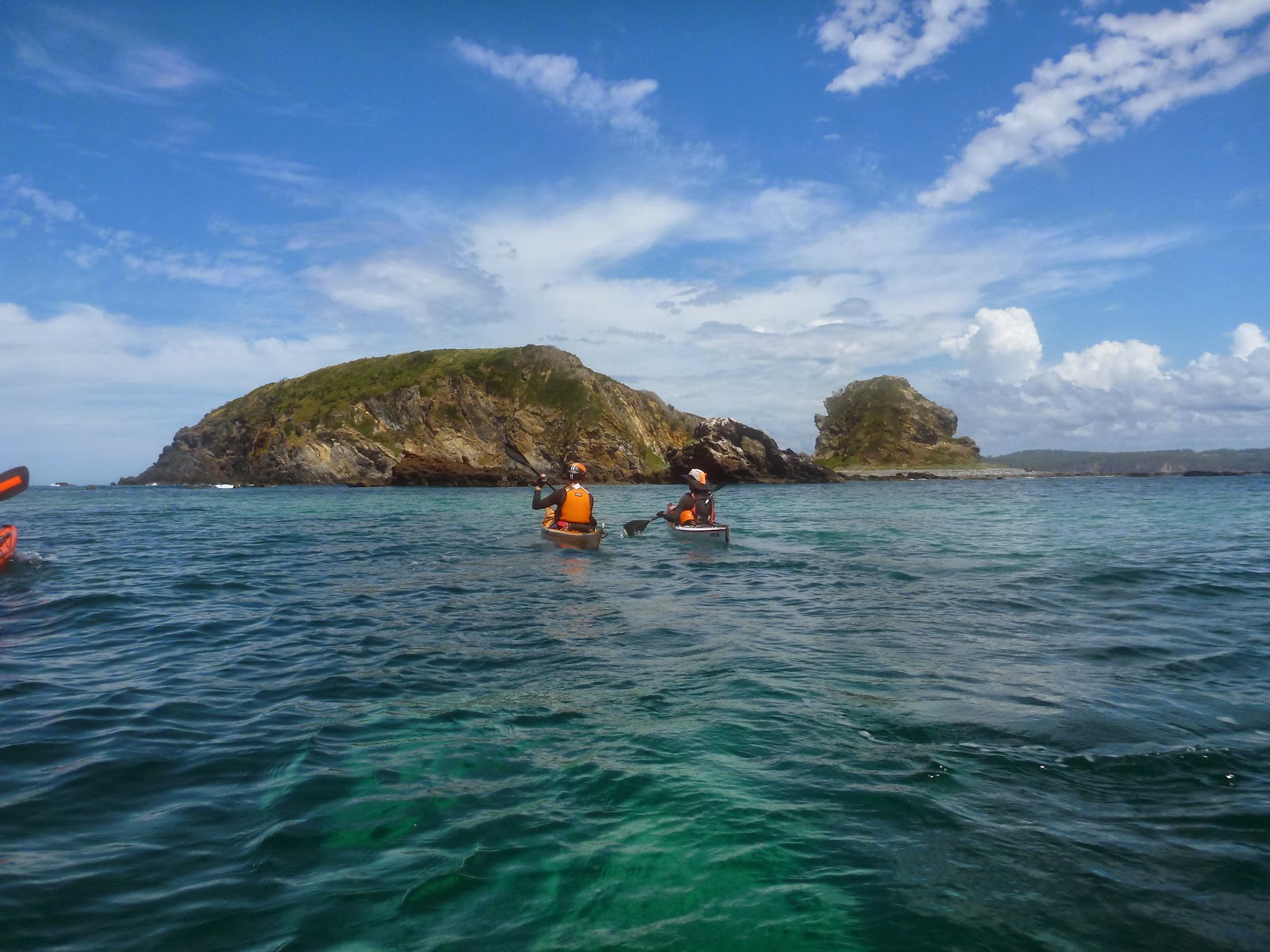 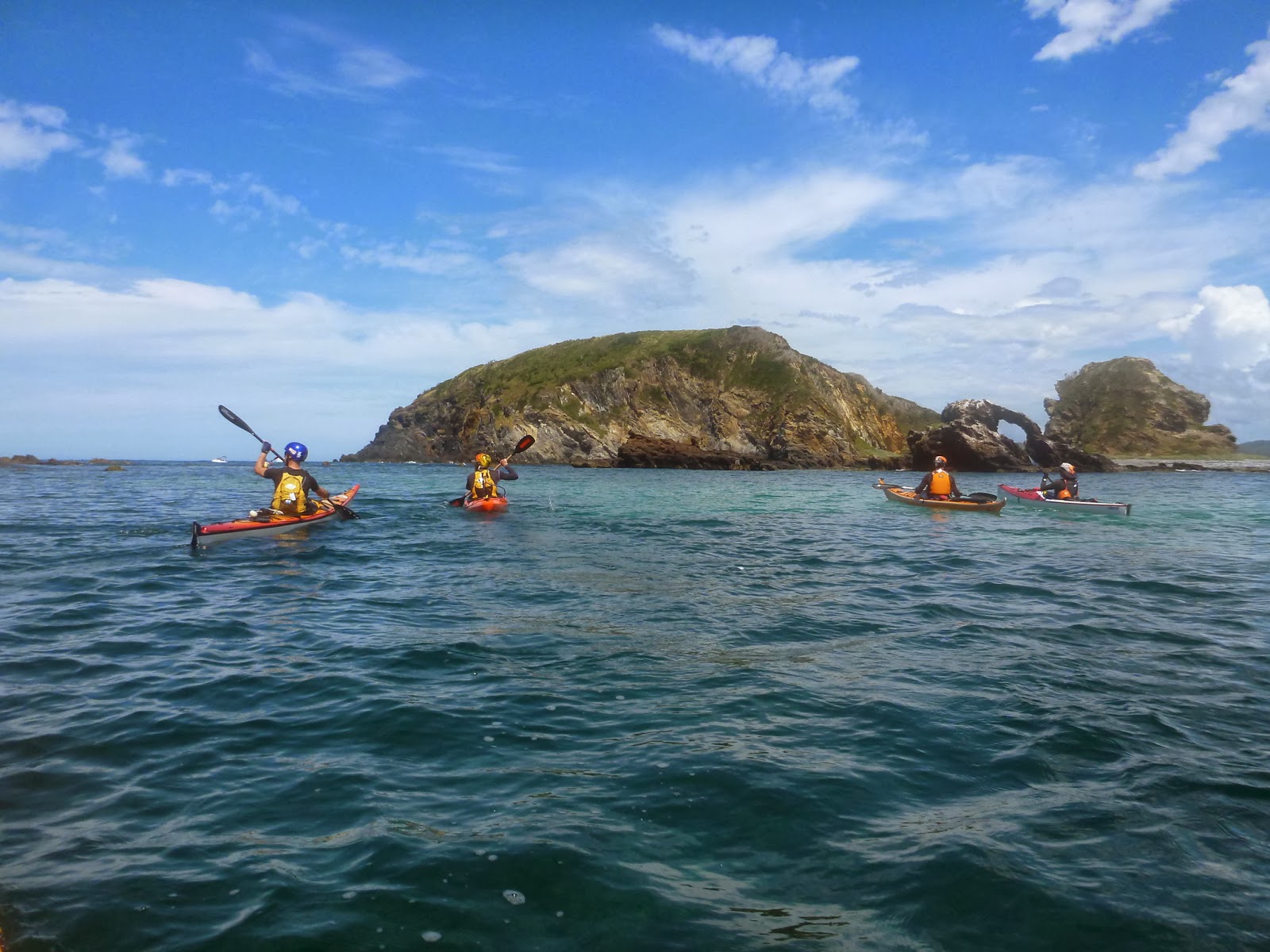 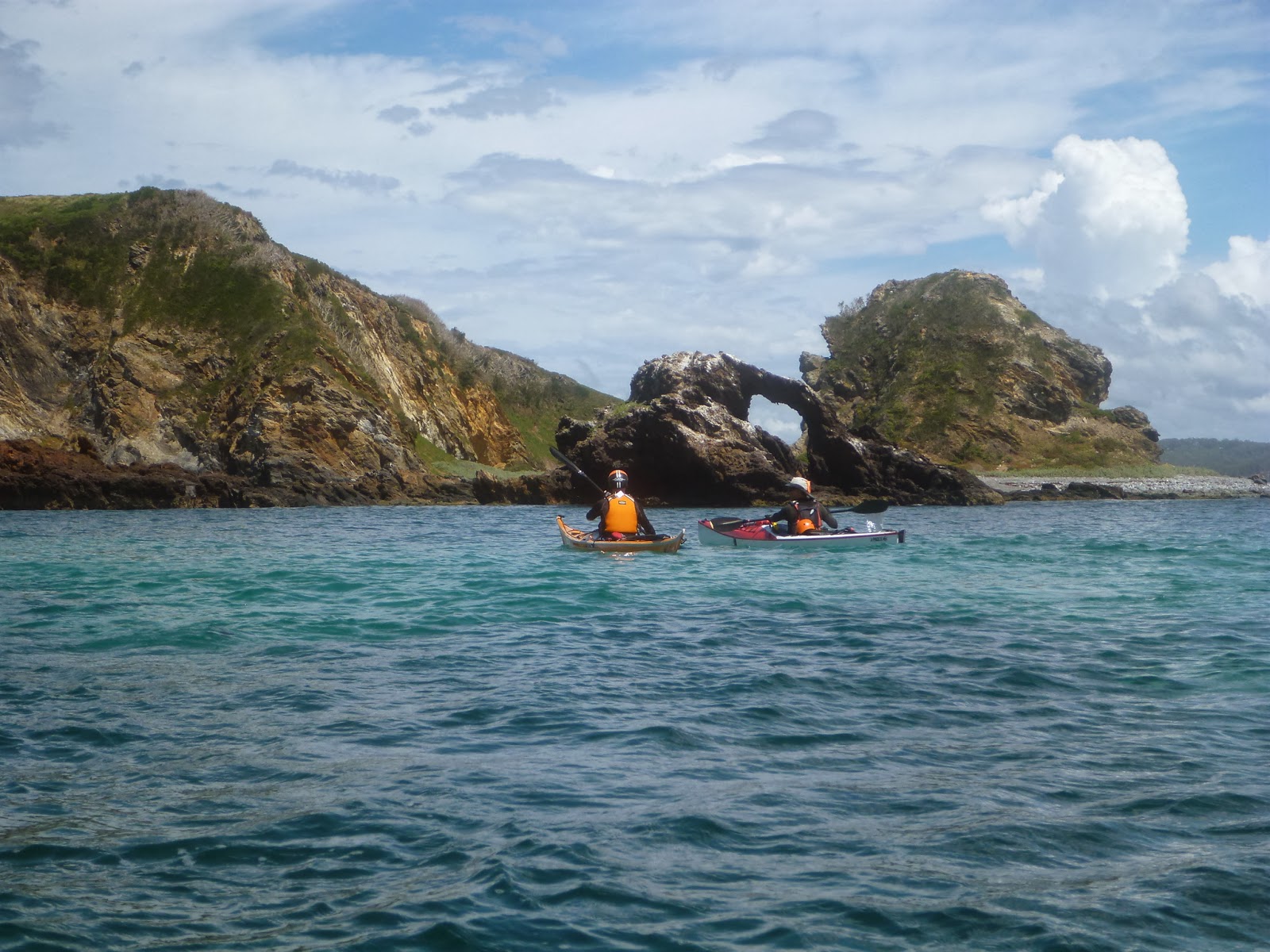 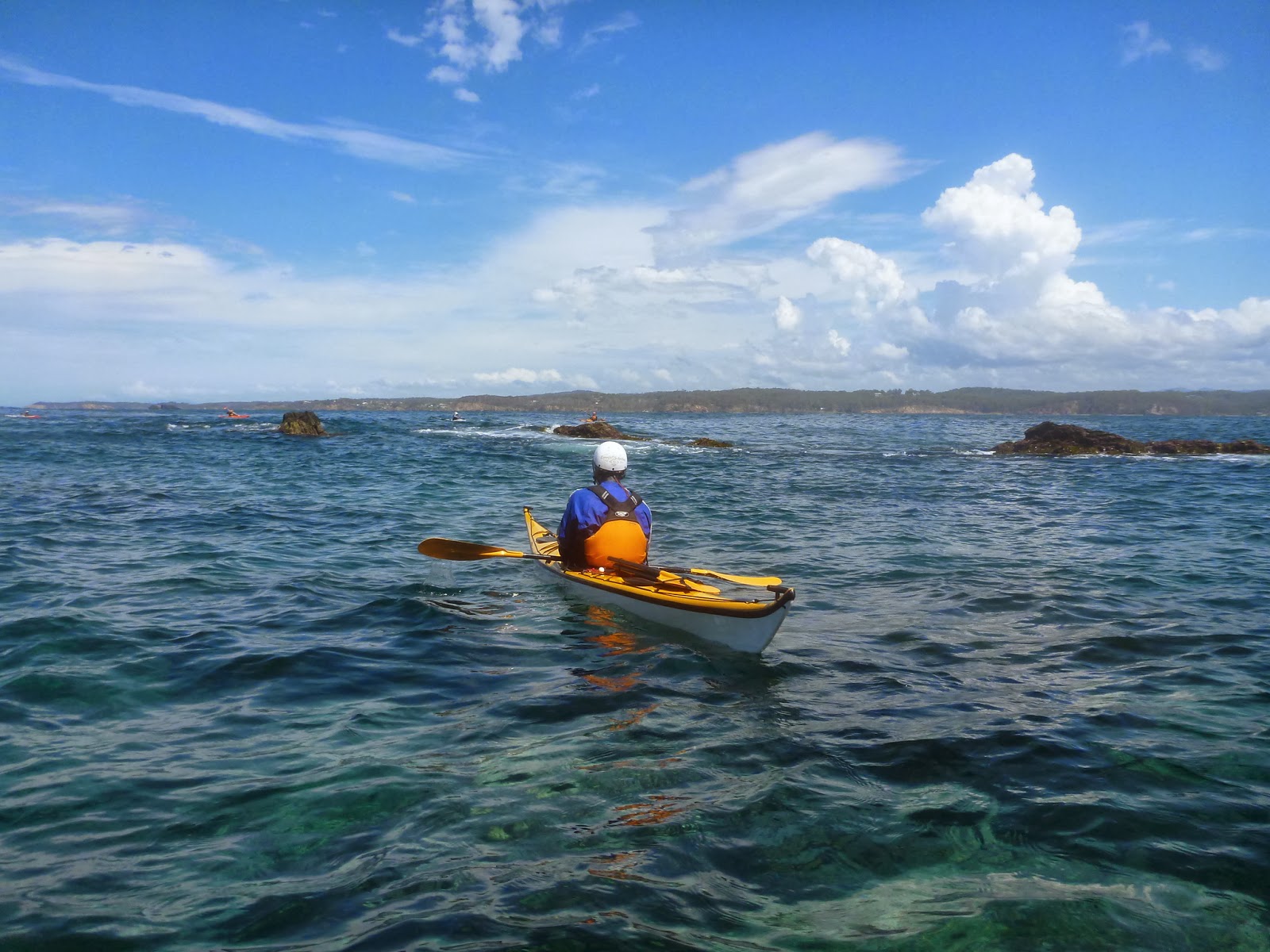 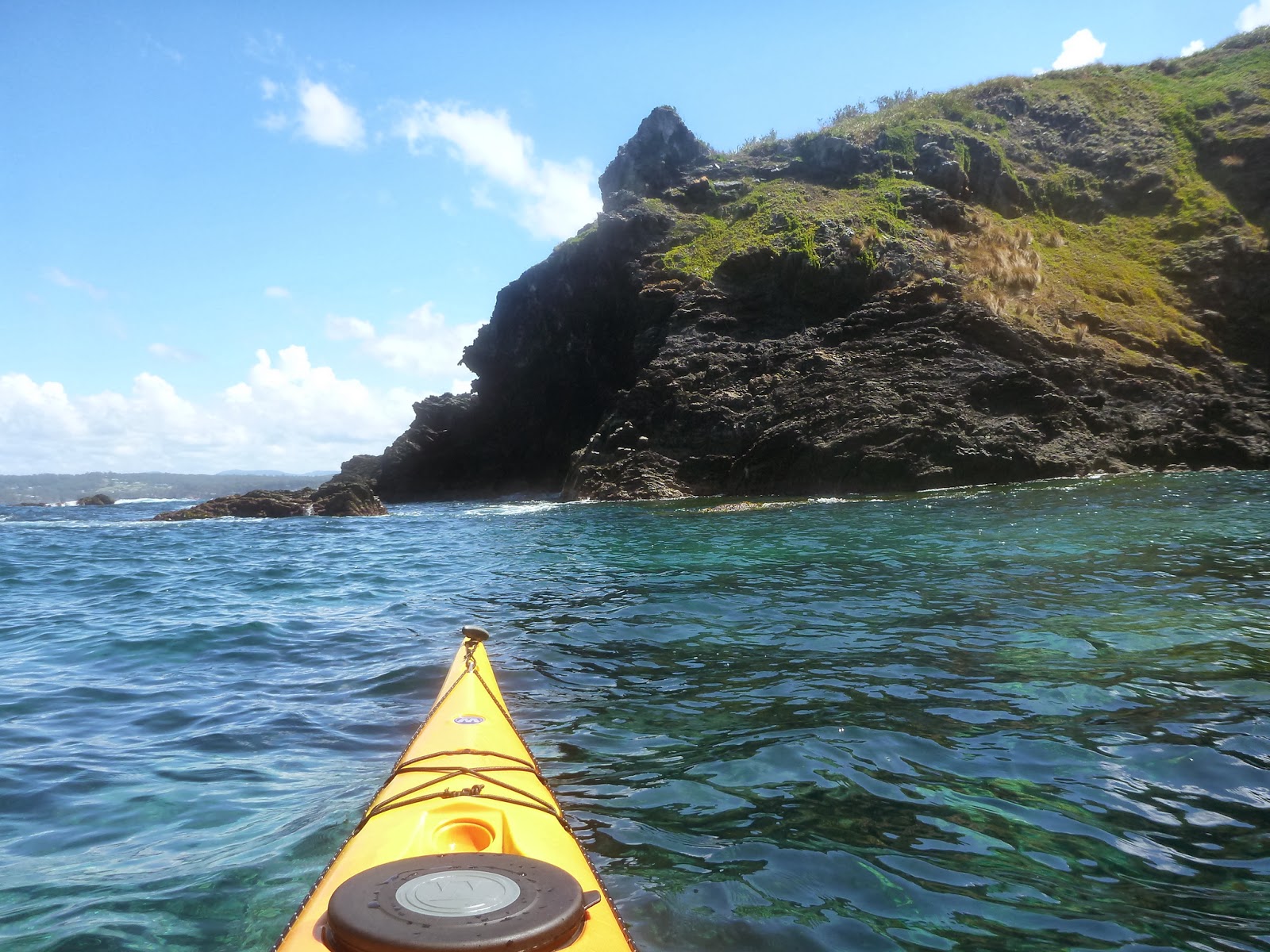 One of the guys made a video of a similar trip he'd done the day before (see below) which he showed at the "Kayaking Pogies" film festival later that night.  The latter half of this video in particular catches the conditions these guys were playing in.


It's a whole new world of paddling, and as Mark said ... I  need to learn to paddle "properly" in order to get into it.